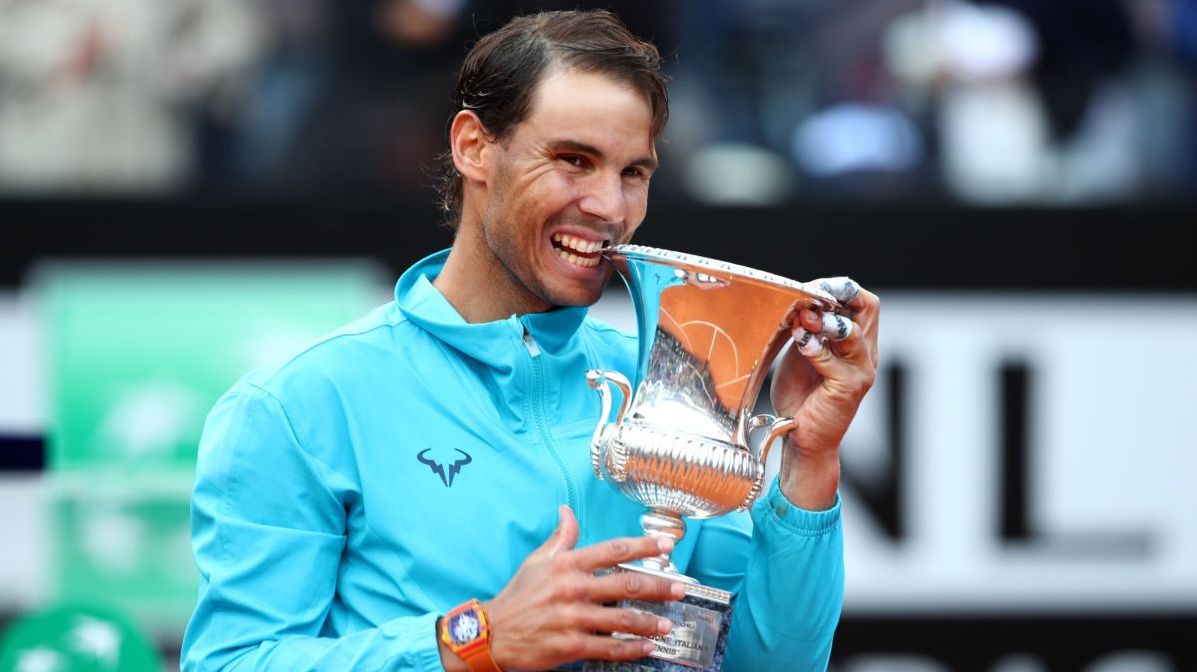 Rafael Nadal claimed his first title of the year by defeating world number one Novak Djokovic 6-0 4-6 6-1 in the Italian Open final in Rome.

The Spaniard raced through the opener in 39 minutes, the first 6-0 between the great rivals in 141 previous sets.

Djokovic battled back, but in the Rome sunshine Nadal sealed his ninth Italian Open title in two hours, 25 minutes.

Victory is a boost before the French Open for Nadal, who was beaten by Djokovic in the Australian Open final in January, and had lost at the semi-final stage in his past four tournaments.

Djokovic had saved two match points in his quarter-final win over Juan Martin del Potro that finished at 1.05am local time on Saturday and then had another three-set encounter later that evening against Diego Schwartzman which lasted two hours, 31 minutes.

The 54th meeting between the world's top two players saw the Serb, perhaps sufferings the effects of those two gruelling matches, initially overwhelmed by Nadal, who was ruthless with his trademark forehand.

To tumultuous acclaim from the capacity crowd, Djokovic forged his first break point opportunity of the match in the fourth game of the second set, but a magnificent, whirling forehand into the corner from Nadal soon eradicated it.

However, the 31-year-old showed his famous powers of resolve, firing some fierce returns as he took the next chance to break, which sealed the set in 59 minutes.

Nadal broke in the opening game of the decider, prompting Djokovic to demolish his racquet in frustration and with the Serb continuing to falter with drop shot attempts, Nadal surged to a 58th clay-court title.

It reduced his career deficit against Djokovic to 28-26, improving his record on clay against him to 17-7. Nadal won a career-best four 6-0 sets during the tournament

A ninth title in Rome; a record 34th Masters title; but most significantly a first clay court title of the year for Nadal a week before the start of Roland Garros.

In fact, a first title anywhere since last August. He was irresistible in the first set, in a week in which he has won four sets 6-0 and only dropped serve twice. But both should go to Paris in excellent heart.