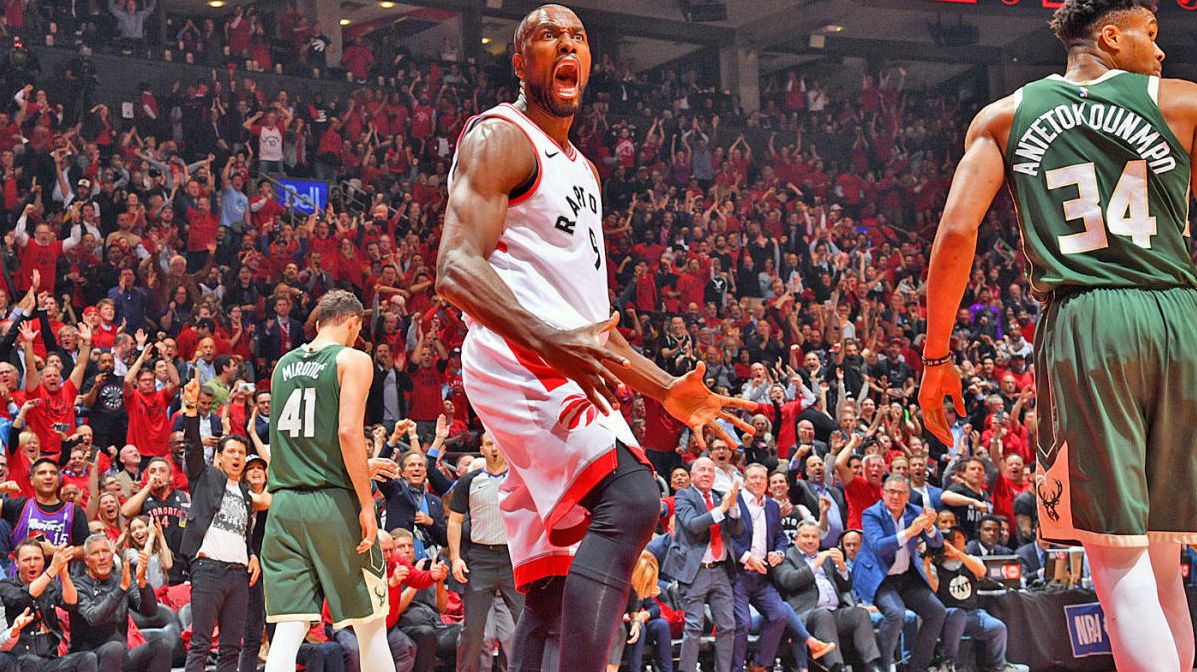 The Toronto Raptors closed ranks around hurting star Kawhi Leonard, turning in a total team effort in a 120-102 victory over the Milwaukee Bucks on Tuesday to level the NBA Eastern Conference finals.

Kyle Lowry led the Raptors with 25 points and Toronto's bench outscored Milwaukee's 48-23 as the Raptors followed up their double-overtime triumph in game three with a second straight home win.

They knotted the best-of-seven series at 2-2 with game five in Milwaukee on Thursday. The winner of the series will take on two-time defending champions Golden State, who completed a Western Conference finals sweep of Portland to reach their fifth straight NBA Finals.

Leonard, who downplayed suggestions he was injured after the gritty game-three victory, looked hobbled at times — wincing noticeably after dunking on Bucks star Giannis Antetokounmpo in the third quarter.

Leonard grabbed a pass from Spanish big man Marc Gasol and drove for the basket, Antetokounmpo's move to stop him coming too late. Leonard landed hard and held his left leg — although he would play on.

But Lowry said Raptors "understood" that Leonard wasn't going to be 100 percent and knew going into the contest that "everybody has to step up and stay focused on the game plan."

Lowry scored 18 points in the first half as the Raptors came back from an early seven-point deficit to lead 32-31 after one quarter — pushing the lead to 65-55 at halftime.

VanVleet, who missed 16 of 20 shot attempts in the first three games of the series, connected on five of six from the field, draining all three of his three-point attempts.

Toronto extended their lead to as many as 16 points in the third period and led by 13 going into the final frame. Khris Middleton led the Bucks with 30 points, six rebounds and seven assists.

Milwaukee’s Most Valuable Player finalist Antetokounmpo added 25 points and 10 rebounds, and Nikola Mirotic scored 11. But the Bucks lost their second straight game, something they did just once during the regular season.

Two home wins gave the Raptors some breathing room as they head back to Milwaukee.