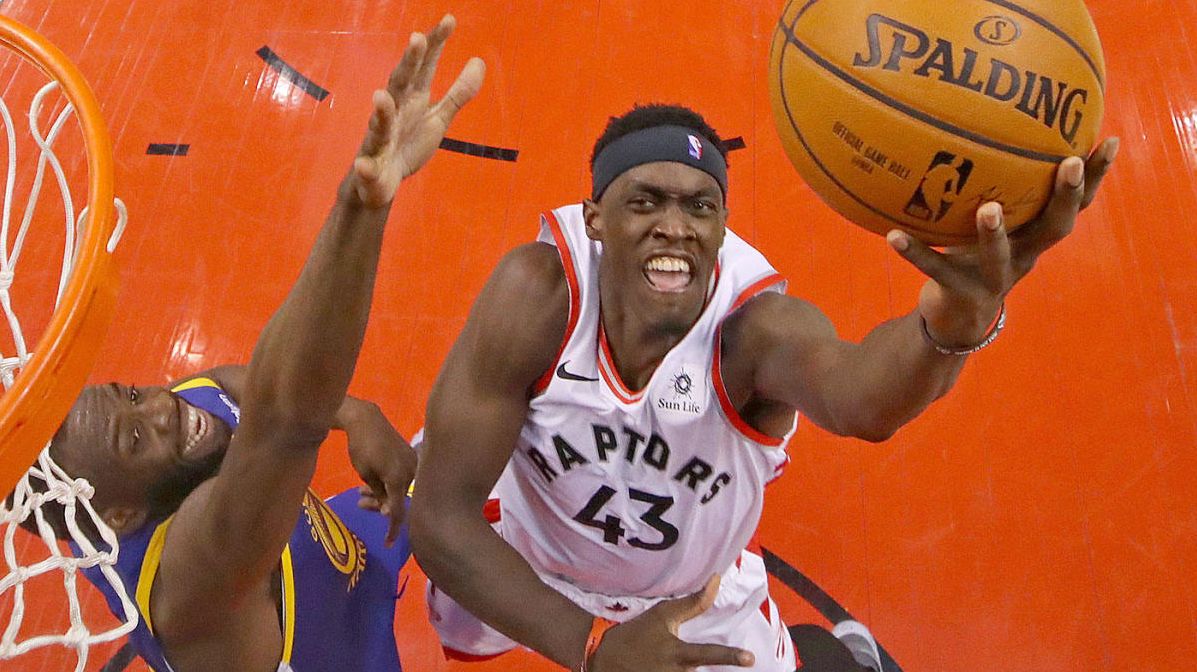 Raptors stun the Warriors in Game 1 of the NBA Finals

On Thursday night, the Raptors didn’t just arrive on that stage for the first time but showed that they belong with a gritty and resolute 118-109 win over the defending champion Golden State Warriors in Game 1 of the NBA finals.

For the Raptors to have any chance against the Warriors, it was believed they would need their star player, Kawhi Leonard, to continue his MVP-level performances. But in a series that may end up full of surprises, it wasn’t Leonard who dominated but forward Pascal Siakam and his career-best 32 points.

Siakam led all shooters with an 82.4% field-goal percentage. His emphatic rejection on a Draymond Green lay-up with just over six minutes remaining in the fourth-quarter allowed the Raptors to maintain their 11-point lead.

After coming out slow with just eight points in the first half, Leonard found his stride in the second and eventually put up 23 points and eight rebounds.

For the Warriors, Stephen Curry played as Stephen Curry does, leading Golden State with 34 points and leading all shooters with four three-pointers. Draymond Green finished with a triple double: 10 points, 10 rebounds and 10 assists.

It appeared early on as if the Warriors’ experience would be too much for the Raptors. Klay Thompson’s breakaway dunk to take the lead late in the first-quarter might have been heavy on the steps, but it was finished with the poise of a player, and a team, who had been here before.

In the days leading up to tip-off in the first city outside of the USA to host an NBA finals, it was hard not to get the sense that if the Raptors’ playoff run ended at the hands of the Warriors, one of the greatest teams in NBA history, then so be it.

That feeling is easy to come by after more than 20 seasons of not making it to the dance. But as Game 1 wore on and the Raptors came out of every quarter with a lead, that sense of waiting gave way to one of belonging.

Thousands lined up to watch on big screens throughout the greater Toronto area, and the crowd inside the Scotiabank Arena was as boisterous as they have been all season.

The Raptors also channeled the energy of Kyle Lowry, who showcased the chip on his shoulder that has been there throughout his Raptors career. Drive after drive, Lowry put his head down and kept his cool. He ended the game with nine assists.

The Raptors are far from finished. Indeed, north of the border they may be just getting started.