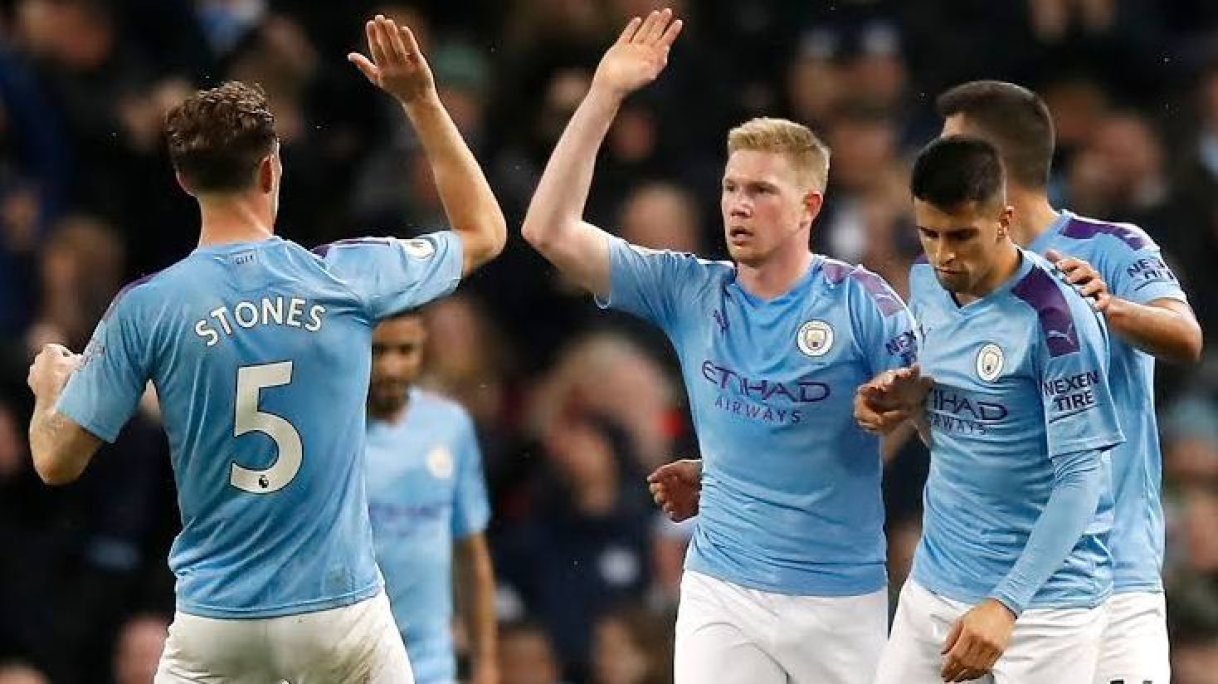 The Algerian struck the winner after Kevin De Bruyne had cancelled out a Blues opener from N’Golo Kante.

The second-half could not live up to the the intensity of the first, but it was still nerve-racking. Raheem Sterling had an injury-time goal ruled out by VAR for offside, but City did not need it as they claimed a fifth successive home win.

Pep Guardiola's side, who overtook Chelsea in third spot, are now nine points behind leaders Liverpool.

Here are the key talking points from the exciting Premier League encounter.

It is unlikely Riyad Mahrez would have started this game had Bernardo Silva not been suspended.

He did not figure at Liverpool and has often been considered a risk in the games against the ‘big clubs', where work-rate, control and discipline are qualities more often required.

When he gave the ball away carelessly and Chelsea broke quickly to fashion the early chance that Willian missed, it was a moment that might have affected him in the past.

But the Algerian responded in the perfect fashion with a goal that was mesmerising and magical.

Skipping gracefully in between Emerson Palmieri and Mateo Kovacic, his left-foot finish went through the legs of Fiyako Tomori and into the corner.

In 11 starts this season he has scored four goals and assisted six.

This was prime-time Mahrez, the one that is definitely worth a gamble.

Not only is N'golo Kante’s humble demeanour a welcome trait, his displays rank him among the very best in his position throughout world football.

With Jorginho and Mateo Kovacic providing a solid base at the heart of the Chelsea midfield, Kante has again been given the licence by Frank Lampard to push forward.

The Frenchman was a bundle of energy and efficiency and up against Benjamin Mendy and the imposing frame of Ederson coming into view, his poked finish for the opening goal was testament to his will.

Last season Chelsea fans could take or leave the Croatia international. Kovacic, then on loan from Real Madrid, was nothing more than a cog in Maurzio Sarri's machine.

This season, under Lampard, Kovacic, too has been given the opportunity to express himself; and the Croatian is a man reborn.

Whenever he got the ball at the Etihad, he was quickly closed down. As the City defence took a step forward to apply pressure whenever he received the ball, Kovacic found a way to punish them by floating an inch-perfect pass into the feet of N'Golo Kante to fire home.

Even though the Blues lost the game, the performances from the midfield duo of Kante and Kovacic would be reassuring for Lampard.

The Belgium international missed much of last season with injury and was a hole in Guardiola's midfield, despite them winning the Premier League.

De Bruyne has returned this season and is enjoying a consistent run-out in the first team, and it's safe to say both Man City and the Belgian are benefitting.

The midfielder has more Premier League assists and has been been directly involved in more home goals than any other player in the top flight.

And, on Saturday, De Bruyne only boosted his stats and his value to City fans with an equalising goal against his former side Chelsea.

Throughout the 90 minutes, KDB was at it, with dedication and equal relentlessness. He simply never let go from the word go, and bombarded the Chelsea defence with teasing crosses.

It will especially be important for Guardiola to see his talisman hitting all the right buttons.

1. A rip-roaring first half

Everyone might have expected a slightly cagey opening when the two bigwig outfits locked horns with each other .

However, neither side paid any heed to the aforementioned notions as they matched each other punch for punch in an enthralling opening period.

The Blues started the contest more positively and immediately imposed their game-plan in Manchester. The visitors were content to allow the Citizens possession in their own half before hustling and harrying them as soon as they ventured into midfield.

The ploy meant that the hosts were forced to play risky balls through the middle third, a tactic that led Guardiola's men to concede possession.

The incessant pressing after the first quarter of the game meant that Chelsea weren’t accorded the time and space they enjoyed earlier.

In the process, their gambit of pinching the ball in midfield and releasing their runners into space was curbed; something that enabled the hosts to stamp their authority on the game.