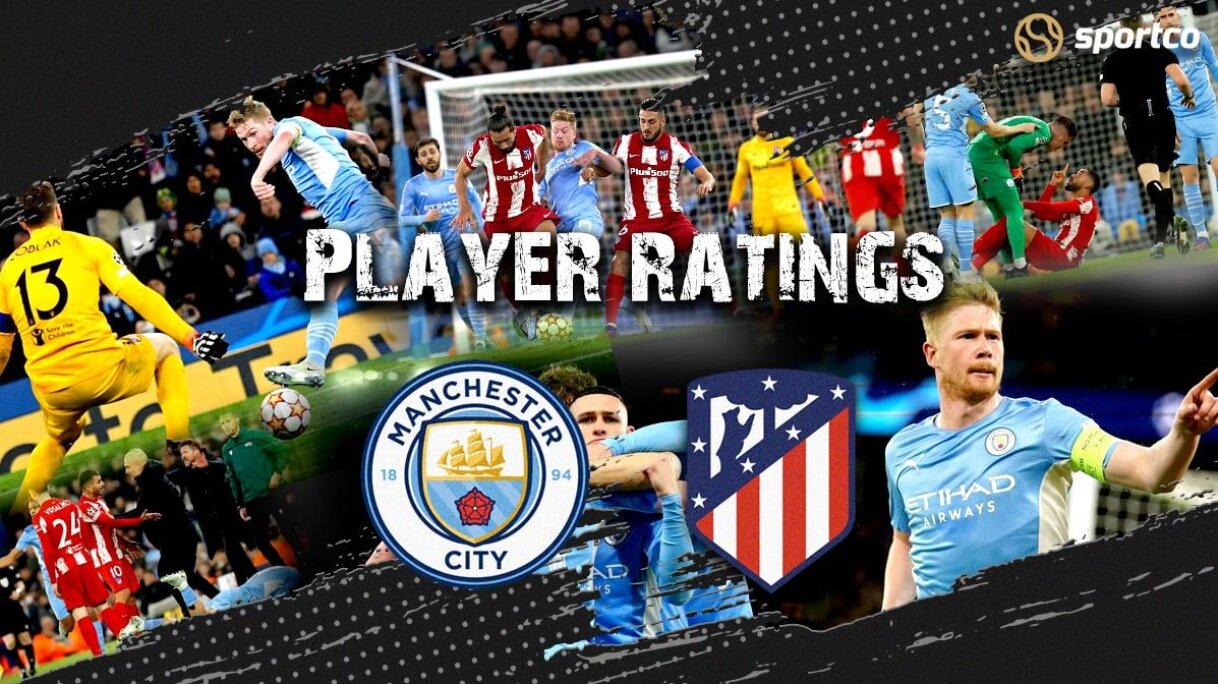 A late goal by Kevin De Bruyne saw Man City secure a hard-fought win against Atletico Madrid in the 1st Leg of the quarter-finals as Pep Guardiola's men will go into the second leg with a one-goal advantage.

This game looked like a one-sided match as City dominated the contest but failed to find the answers.

However, many say it was a boring match as Manchester City couldn’t break Simeone’s men and lacked cutting-edge inside the box, which Atletico dealt with aggressively.

City had this match in hand as it looked there were 22 Manchester City players playing because they were all over the pitch, and when they lost possession, they gave Atletico’s players very little time on the ball, and it was just a matter of time for the goal to arrive.

But City kept testing Jan Oblak, who stood tall between the sticks; it was just a few moments before City finally bore fruits after grinding hard until 70 minutes when Phil Foden cut through Atletico’s defence apart with his through ball to Kevin De Bruyne, who made no mistake and fired past Jan Oblak.

Ederson: Didn’t get much to offer as Atletico Madrid mustered only one shot on the target. 7/10

Aymeric Laporte: Was well-composed and closed down on Madrid’s players on time to thwart any threat. 7/10

John stones: Stones too showed impressive character and dealt calmly with the pressure alongside Laporte. 7/10

Nathan Ake: He played in a different position but was well prepared and read their play precisely and proved too strong for Llorente. 8/10

Kevin De Bruyne: His vision and passing accuracy always make opponents suffer. He was great on the ball, gave Atletico defenders a hard time, and also netted a match-winner goal. 8.5/10

Rodri: Was too strong and pacy for the Atletico’s midfielder. He kept breaking their play with his tackles. 7/10

Gundogan: Always arrived late in the box, which unbalanced Atletico’s defence, was later taken off. 6/10

Riyad Maharez: Was boring till he was on the pitch and didn’t make an impact. 5/10

Bernardo Silva: Created many problems for Madrid and confidently went one-on-one with their defenders. 7/10

Raheem Sterling: Wasn’t seen in the match most of the time, but when he had ball, he was a great threat for them. 6/10

Jab Oblak: Reacted quickly on the ball with great catching and altering the danger but did so little when De Bruyne slotted past him. 6/10

Sime Vrsaljko: involved in unnecessary tackles but handled Sterling and Grealish quite well. 6/10

Stefan Savic: Provided a great block to prevent Madrid from conceding another goal. 7/10

Felipe: He didn’t let his guard down as City’s players kept dancing around him with the ball. 6/10

Reinildo Mandava: Was lucky not to get punished for his dangerous tackles in the box. While overall, he was didn’t face any threats. 5/10

Renan Lodi: Failed to show his expertise and was quiet the entire match. 4/10

Marcos Llorente: Ake proved too good for him, albeit giving his best. 6/10

Geoffrey Kondogbia: Only player of Atletico who ran the show and covered larger parts of the ground without losing the ball. 7/10

Koke: Made rash tackles and couldn’t dictate the midfield. 5/10

Antoine Griezmann: Was too slow with lots of bad decisions as he had the worst time in the field. 4/10

Joao Felix: Was suffocated by City’s defenders whenever he had the ball but did cause a little danger for the defenders with his daunting runs. 6/10