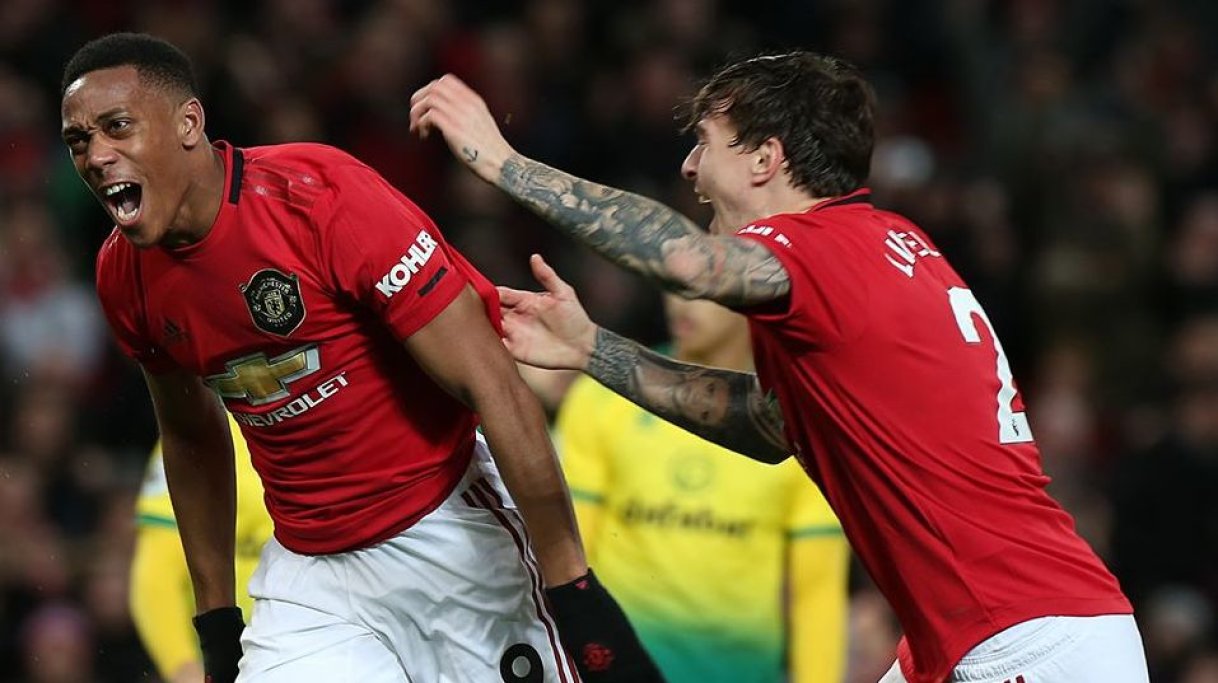 The Premier League has been suspended for the time being due to coronavirus pandemic. It’s unclear and unlikely the season will restart on the rescheduled date of April 30. PL players are in self-isolation at the moment.

Liverpool are leading the points table in PL season currently. When it comes to Manchester United, the Red Devils are placed 5th currently and had a topsy-turvy season and were peaking at the right time before the season got suspended.

Here’s a look at how the current PL season has panned out for United.

Their season started with a bang

United faced a new and young Chelsea side in their Premier League opener on August 11. They defeated Chelsea by a 4-0 margin.

But then they suffered a loss of form instantly, succumbing to one loss and two draws in their next three games. However, they bounced back to beat Leicester City in the fifth game.

Inconsistent United at the start

Although United recorded few brilliant wins at the start of the PL season, they never got the momentum. After winning two in the first five PL games, they won just one in the next five PL games.

They again won just two more in the next five games, dropping points. In the first 15 games, they won just five.

But they turned it around in later stages

After a below-part first half of the season where they won just five out of 15, United turned their fortunes around, winning seven out of next 14 before the season got suspended.

United rallied to post a few convincing wins against top-positioned teams in the season. They defeated Chelsea in both the legs, Manchester City in the away leg, Spurs at home, Leicester City at home and holding Wolves in both legs and holding Arsenal and Liverpool at Old Trafford.

United were ahead in the race to sign Red Bull Salzburg star Haaland, but at the last moment, the forward chose Borussia Dortmund as he believed the German club is the perfect place for his development.

With Haland going on to be a big hit at Dortmund, United rued missed opportunities.

But January gambles paid off

They got a big fish in the form of Bruno Fernandes of Sporting Lisbon. And the forward reaped the faith by hitting in top gear straight away. He scored two goals and made one assist in five PL appearances this season.

United’s last-minute desperate gamble in Odion Ighalo (on loan) was a masterstroke as the player came up with brilliant performances before the season got suspended. In eight appearances for United across all competition, Ighalo scored four goals.

Post the January buying, United got a fresh lease of life, with new signings Fernandes and Ighalo providing the X-factor.

United went on to record 11 unbeaten run across all competitions, including five in PL, before the season got suspended.

United had improved by leaps and bounds in the later stages of the season and could have easily edged past Chelsea to claim a spot in the top four. But the pandemic played spoilsport.