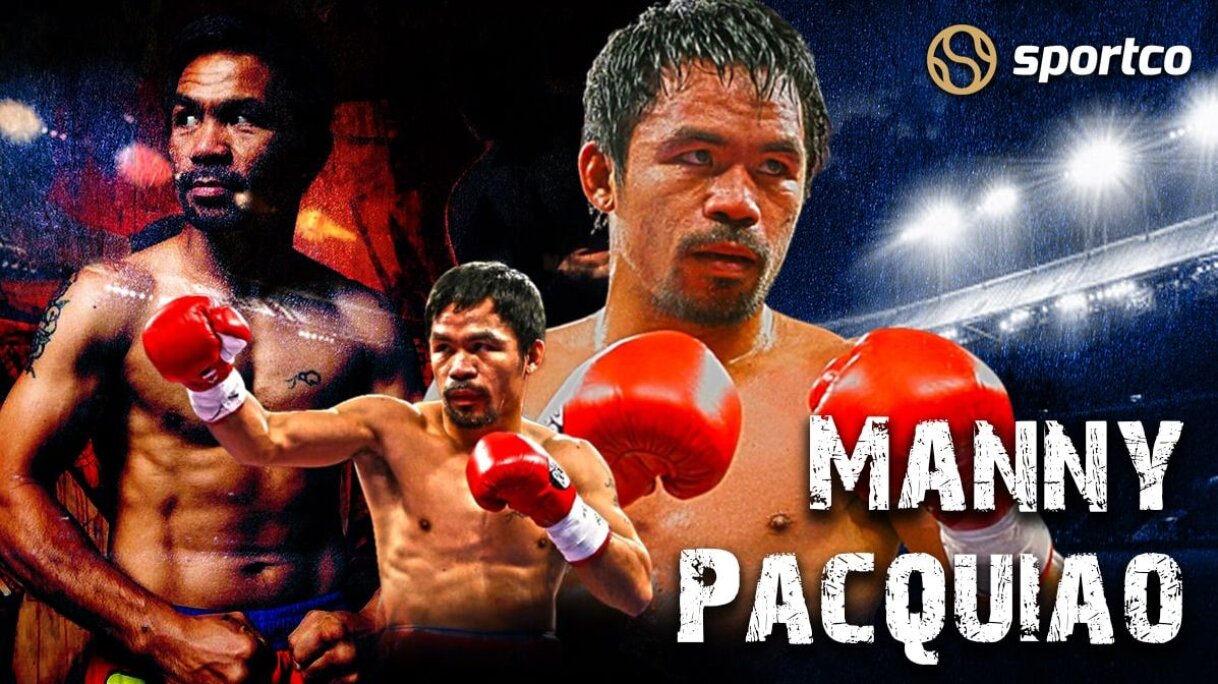 Manny “PacMan” Pacquiao was born in Kibawe, Philippines, a week before Christmas. Regularly getting into street fights, Pacquiao thought of giving boxing a try. In this article, we take a look at the fighting style, boxing record and achievements of Manny Pacquiao.

Growing up, Pacquiao lived in extremely poor conditions but that would change as time went by and he became one of the greatest pound-for-pound boxers of all time.

Pacquiao wasn’t one for boasting and talking big, he always replied inside the ring and did it extremely well. Going down in the history of the sport as the only fighter to ever win World Titles in 8 different weight divisions.

Manny Pacquiao’s style requires a lot of endurance and stamina, as he would blast several combinations against his opponent throughout the entire fight. His impressive head movement, combined with insane offensive out made it difficult for opponents to catch Pacquiao.

However, while charging in, Pacquiao would often leave himself open and this was a major reason why he got knocked out twice throughout his career, the only other time he got knocked out was in his second World Title defense in the Flyweight division, which was due to severe weight cut.

Using his massive calves, Pacquiao would jump into the opponent in an instant and release a barrage of punches. This would force the opponent to either retreat or exchange blows with someone as fast as Pacquiao, the latter wasn’t a smart choice.

Pacquiao’s defense was mainly footwork and head movement, he also used to block and counter, so he used a little of every basic style of defense. He used speed, angles, and massive combinations to land brutal punches onto his opponents.

Manny Pacquiao holds a professional boxing record of 62-8-2, knocking out 39 of his opponents.

Manny’s World Title record is 17-4-2, out of which 8 victories were by the way of KO. Against former, current, and future World Champions, Manny Pacquiao has a record of 25-7-2 (11 KOs) in boxing.

Some of the big names in Pacquiao’s resume are Floyd Mayweather Jr., Shane Mosley, Ricky Hatton, Oscar De La Hoya, Erik Morales, Keith Thurman, and many more. These are just a few of the many awesome fighters he went against and won most of them.

Here are some of the many achievements attained by Manny Pacquiao: