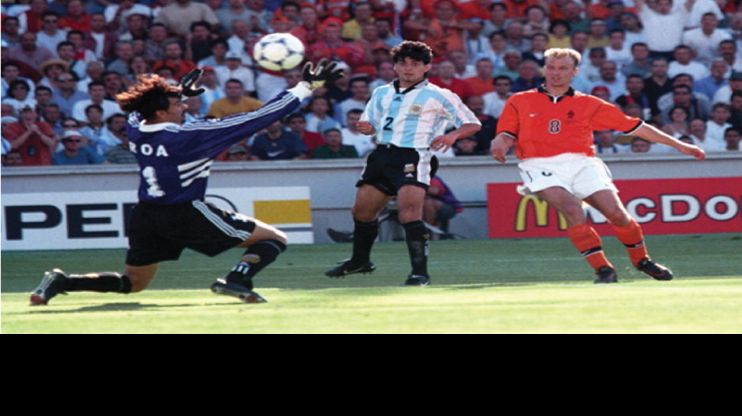 The best individual moments from the 1998 FIFA World Cup

The 1998 FIFA World Cup saw the dominance of France national team. The French team and the Argentina national team were the only two teams who won all three games of group stages and proceeded to further stage with full confidence. However, Argentina was defeated by the Netherlands in quarterfinals and France defeated Italy on penalties. After this, France never looked back and continued their solid performance and went on to win their first ever World Cup trophy.

That being said, a number of epic individual moments were the highlight of the tournament and like the 1994 tournament they were capped off by an impressive goal. So, let’s look at the top-five individual goals from the 1998 FIFA World Cup.

The creator of the goal was Paul Ince. Ince received the ball near midfield and then dribbled the ball past two Tunisian defenders before passing it to Scholes. The former Red Devils’ player received the ball on the edge of 30-yard-box. Scholes then cut the ball towards his right and fired it into the top right corner of the net during the closing minutes of the game. A jaw-dropping effort from the Manchester United legend.

This goal came in during the defeat against Croatia for the third-place finish in the 1998 World Cup. The Netherlands tied the match with Zenden’s goal but Davor Šuker strike won it for Croatia. However, Dutchman’s strike in this match made it to our top-five goals list.

Zenden was up against Robert Jarni on the right wing. The Dutchman had a full control on the ball and then used his pace against the Croatian winger. The former Liverpool player after reaching the 30-yard-box cut the ball towards his left, taking it away from Jarni and then took a bullet shot which gave Dražen Ladić no chance to stop it.

Dennis Bergkamp scored the winning goal against a strong South American side in the quarter-final stage. This goal was scored in the 90th minute of the game and it helped the Netherlands in qualifying for the semi-final stage of the World Cup. The importance of goal along with the quality made us pick it for our top-five goals list.

Frank de Boer made a long pass from the back which found Bergkamp inside Argentina’s box. The Dutchman got the ball on the ground with a perfect first touch and then dribbled past Roberto Ayala inside the 30-yard-box. Bergkamp after making space for himself fired the ball into the net and helped his team in moving further in the World Cup.

Pierre Njanka received a ball behind the starting line during a close game against Austria. The Cameroon player then took a run, outpacing all the Austrian players and dribbling past Peter Schöttel in the 30-yard-box. Njanka then cut the ball towards his right and scored a stunning goal which ended in the top right corner of the Austrian net.

England was up against Argentina in last 16-tie game. Both the sides gave their best on field and game ended at 2-2. The match then went into the penalties where Argentina won the contest by 4-3 and qualified for the quarter-final stage of the 1998 World Cup.

Michael Owen’s strike which also got England a lead in the first half made it to the headlines in the newspapers next day. David Beckham passed the ball from back to Owen who was present in the midfield. Owen had no one in front of him and decided to take the ball forward alone. The Englishman then dribbled past two Argentine defenders and took a shot from the right side of the 30-yard-box. The shot was well placed and gave Carlos Roa no chance to stop it from entering the net.