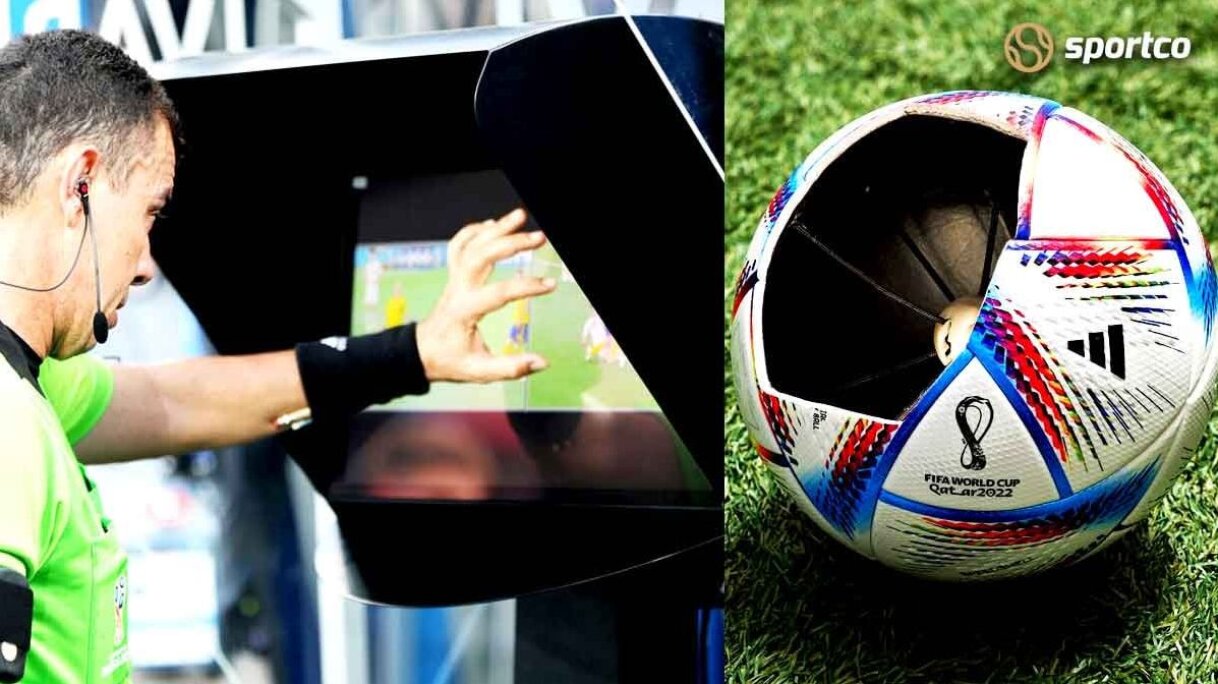 The FIFA World Cup in Qatar which starts on November 20, will be different from previous World Cup tournaments.

For the first time, the grand tournament is taking place in an Arab nation and will be played at a different time of the year, as the tournament always takes place in the summer at the end of the European season. As this time the tournament takes center stage in the mid-season in the winter.

Moreover, there will be new rules that are introduced in Qatar this year, as we look into the 5 new rules introduced to the 2022 FIFA World Cup

In UEFA and even in many leagues, people are used to seeing 5 substitutions. But this year it will be the first time in World Cup, the teams can now make 5 substitutions, earlier being three throughout the game. The 5 subs will have to be made in 3 windows, moreover, each team gets an extra sub if the game goes into extra time.

Teams with deep squads will surely take advantage of the new rule when they find themselves in difficult situations.

Previously in the 2018 FIFA World Cup, the world got introduced to Video Assistant Referees, and just four years later, there is already an upgrade to the technology. In World Cup in Qatar, advanced technology will be employed in making offside calls, resulting in cutting down on the time it takes in VAR to make an offside call from an average of 70 seconds to about 20 seconds.

Arsene Wenger, currently FIFA’s Chief of Global football development, has drawn a similarity between this new technology with goal-line technology, the linesman will wear a watch where he gets an almost immediate signal if a player is caught offside. A 3D animation depicting the offside will be displayed on the stadium's big screen, along with the TV screen for the viewers.

However, it brings to the question, how does it work?

There will be about 12 cameras fitted under the roofs of stadiums in Qatar, and those cameras will be tracking 29 different parts of every player’s body. Moreover, the match ball has sensors that collect different data about 500 times in one second. Up next, all the data will then be fed to the officials in the VAR room who will send the correct call to the linesman on the pitch via the watch. All these will happen in a matter of a few seconds.

The 2022 FIFA World Cup will see more players than the previous editions, as the number of eligible players required from each national team has increased from 23 men squad to 26.

Earlier, when asked about the change to FIFA, to which the governing body of football said, those changes were necessary given the need to retain additional flexibility due to the unique timing of the FIFA World Cup 2022 in the global calendar, as well as the broader context of the disruptive effects caused by the COVID-19 pandemic on the squads before and during tournaments.

However, it is anticipated, that this rule will revert to normal for the 2026 World Cup edition.

Similar to the 5 subs rule this rule features in many leagues already, and this rule doesn’t come as a surprise to be adopted by the FIFA World Cup 2022. It is for the first time that the World Cup will see goalkeepers required to have, at least, some part of their foot on the line at the point a penalty is taken.

For the first time ever, we will see female referees officiate World Cup games. Referees such as Stephanie Frappart of France, Salima Mukansanga of Rwanda, and Yoshimi Yamashita of Japan have been confirmed as the first women to officiate games at the men’s FIFA World Cup tournament.

These new rules and upgrades bring more expectations from the World Cup in Qatar, making players and fans all over the world more eager to kick off the new look World Cup tournament.