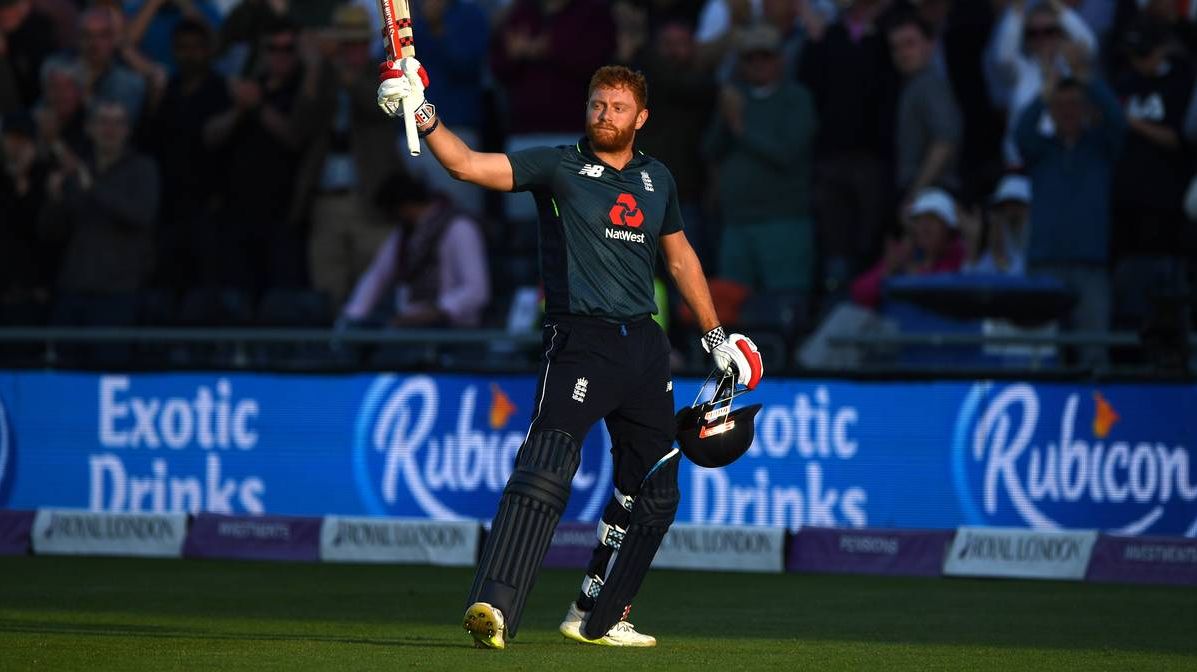 For the second time in a row, in the Pakistan-England ODI series, it turned out to be a run-fest and yet again it was the home side who came out on top as they overhauled the Asian nation's sizeable total of 358 in just 44.5 overs in Bristol to take a 2-0 lead.

In pursuit of a 300 plus target, the duo of Jonny Bairstow (126) and Jason Roy (76) smashed Pakistan's attack to shreds to provide the platform for the middle order. Initially, Roy was the more aggressive of the two. The way he waltzed down the track and thwacked Shaheen Afridi into the downtown territories was a warning signal to Pakistan's camp.

Bairstow soon joined in the act with a pick-up shot over deep square leg fence. The dashing batsman continued to use his strong bottom hand to explore every nook and corner of the ground.

By the end of the 10th over, England were already 74 for 1. To make matters worse for Pakistan, the duo went up another gear to leave them gasping. In the next five overs, the pair collected as many as 63 runs.

Just when both batsmen looked set to reach the three-figure mark, Roy was removed by Faheem Ashraf. Despite losing his opening partner, Bairstow continued to deal in boundaries and soon completed his century with a single off Haris Sohail.

At that stage, the old ball had started to reverse appreciably, but Bairstow clubbed Haris for a six and the ball was lost. The umpires were forced to change the ball. However, Pakistan were still able to generate some old ball swing with the replacement ball.

Eventually, in the 29th over, Bairstow chopped one onto the stumps to give Junaid Khan the wicket. Joe Root, who had played the supporting role to his teammate from Yorkshire, took over with a six off Wasim. He also showed unhurried swagger by flat-batting Faheem for a boundary. Ben Stokes, who was sent up the order to find some form, also played with freedom by punching Faheem into the stands.

The battered and bruised Pakistan side had a sigh of relief as Root was dismissed in the 35th over. Stokes, meanwhile, was run out the back of Moeen Ali's forceful drive deflecting via Afridi's boot and onto the stumps, with the all rounder finding himself short.

However, by then, the result of the game was more or less a foregone conclusion. Moeen and Eoin Morgan duly completed the formalities. On a tough day, the Pakistan camp would rue the fact that they dropped a couple of sitters.

On a slightly positive note for the Asian nation, the think-tank can take heart from Imam-ul-Haq's sparkling 131-ball 151.

The significance of Imam's innings can be illustrated by how Pakistan recovered after finding themselves in a spot of bother at 27 for 2. The southpaw blended crunching drives, flicks and pulls with clever rotation of strike to not just prop up Pakistan but also power them to a score well in excess of 300.

Asif Ali also played his part with a quickfire 43-ball 52. Eventually, Woakes bent his back to dismiss Asif with a short ball. Tom Curran followed it up by generating reverse swing to bring to an end Imam's impressive effort.

After Imam's dismissal, Pakistan lost their way a touch but at the halfway mark, the Asian nation still had runs on the board. Just that it wasn't enough to overcome the irresistible England side.