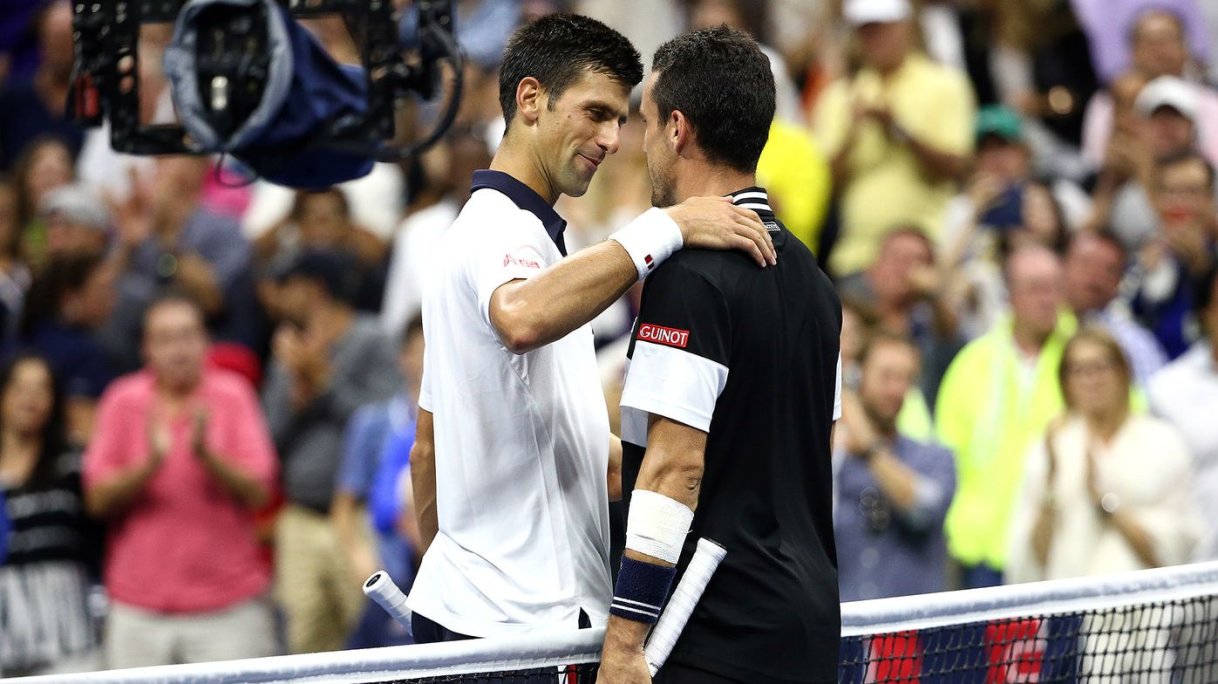 The World Number 1 and defending champion- Novak Djokovic is back to his best pulverizing his opponents to reach the semifinals once again in Wimbledon.

The 4-time champion has made use of his massive experience in annihilating his opponents as each match progresses with systematic improvement. The route to the semis was not all smooth for Djokovic give the fact that he has faced young as well as experienced and tricky players on the way.

Kohlschreiber who has beaten Novak before was expected to test him but Novak withstood the storm and ousted him in straight sets. He played his A-game and outlasted Denis Kudla in 3 sets.

Then came the real challenge as the 22-year old NextGen player from Poland- Hubert Hurkacz showed what he is capable of taking a set off Novak, but Djokovic brought out all the tricks in his bag to survive a scare by winning in 4 sets.

Another NextGen player followed as the Frenchman- Ugo Humbert who gave his lifetime performance beating some big names like Gael Monfils, Felix Auger Aliassime in his previous rounds clashed against Djokovic. Djokovic crushed him in a ruthless performance by conceding just 8 games.

Djokovic continued his splendid form beating Goffin 6-4 6-0 6-2 which can be considered as one of his best performances given the fact that Goffin had reached the Halle open finals in the warm-up to Wimbledon and also beat the likes of Daniil Medvedev and Fernando Verdasco to reach the quarterfinals before succumbing to Djokovic.

Djokovic's opponent- Roberto Bautista Agut was not expected by any of the experts nor the tennis pundits to reach the semifinals but he has proved his detractors wrong.

He has played some scintillating tennis so far dismissing Gojowczyk and one of the good grass-court players- Steve Darcis both in straight sets.

He opened up the draw by dismissing the much-hyped 10th seed- Karen Khachanov in straight sets. Roberto Bautista Agut continued his consistent form dispatching the Frenchman- Benoit Paire who has been having one of his best seasons this year after winning 2 titles.

Agut faced one of the toughest sets in Guido Pella in the quarterfinals. Pella had earlier pulled off a Houdini act stunning the former Wimbledon runner up Milos Raonic in 5 sets after being 2 sets down.

But, this time Agut was too good and won against Pella in 4 sets keeping his perfect all-win record against Pella. Agut is probably in the form of his life having not dropped a set till the quarterfinals and having dropped only a single set till the semifinals.

Agut has won his last 2 matches against Djokovic and that would give him extra motivation and confidence going into this all-important clash. Novak Djokovic and Roberto Bautista Agut are playing against each other for the first time on grass and that adds more spice to this clash.