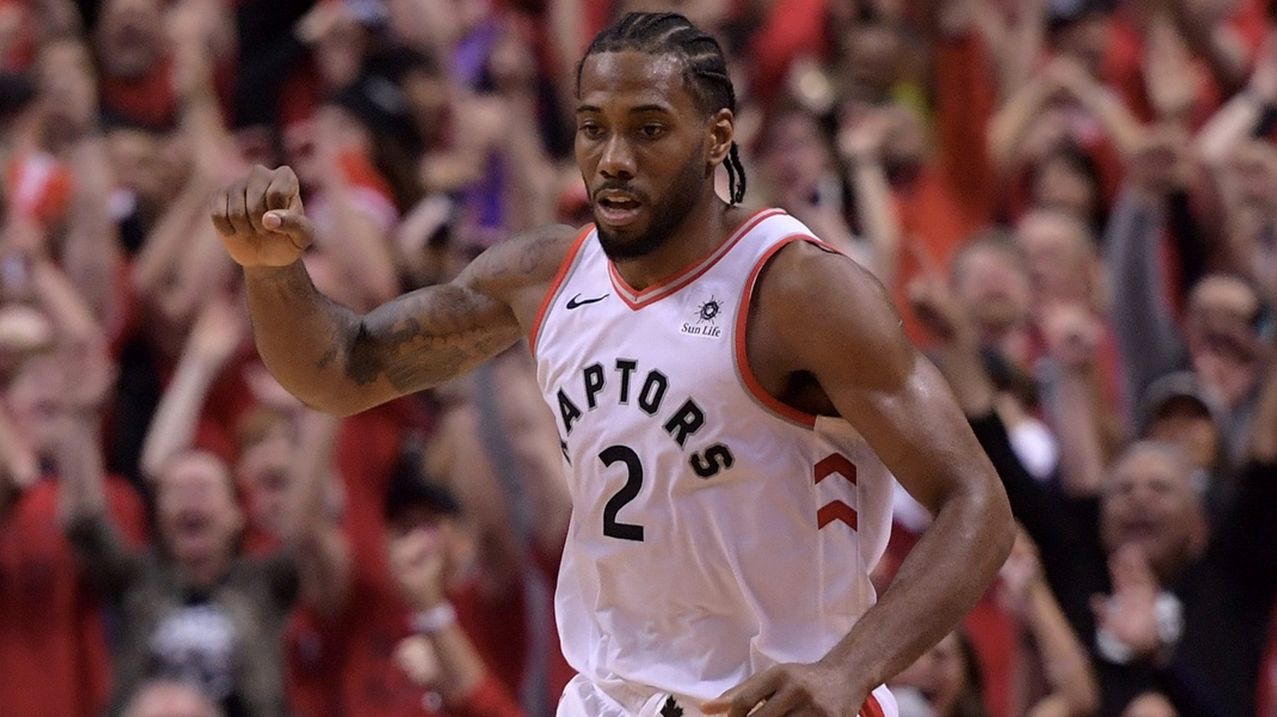 Kawhi Leonard had 27 points and 17 rebounds, leading the Toronto Raptors into the N.B.A. finals for the first time with a 100-94 victory over the Milwaukee Bucks on Saturday night.

The Raptors overcame a 15-point deficit and won the series in six games. They will host the Golden State Warriors in Game 1 of the N.B.A. finals on Thursday night.

Pascal Siakam scored 18 points, Kyle Lowry had 17, and Fred VanVleet had 14 for the Raptors, who used a 26-3 run late in the third quarter and early in the fourth to turn the game in their favor and reach the championship round after having repeatedly fallen short against Cleveland.

They needed something more to get further, and they found the most valuable player of the 2014 finals, who was acquired from San Antonio and has carried the Raptors in this postseason.

Giannis Antetokounmpo led the Bucks with 21 points and 11 rebounds, but the bid by Milwaukee, the N.B.A.’s top team in the regular season, for a first finals berth in 45 years ended in disappointment with a fourth consecutive defeat.

Down by 76-71 at the start of the fourth quarter, the Raptors tied the score with an 8-2 run while Leonard and Antetokounmpo were both on the bench. Ibaka’s dunk with 10 minutes 32 seconds to go tied it at 78-78.

Antetokounmpo returned after a timeout, but Leonard kept sitting. That did not matter to Toronto, with Siakam’s basket giving the Raptors an 80-78 lead, their first lead since the score was 6-3.

Leonard’s one-handed slam after Lowry’s steal gave Toronto an 87-79 lead with 6:46 to go before the Bucks responded. George Hill answered with a layup, Brook Lopez converted a 3-point play, and Antetokounmpo scored, cutting it to 87-86 with 5:19 to go.

Lowry and Lopez swapped baskets before Gasol’s 3-pointer put the Raptors up, 92-88, with 3:50 left. After another basket by Lopez, Leonard made a 3-pointer that pushed Toronto’s lead to 95-90 with 3:04 to play. It was Leonard’s first 3-pointer after he had missed his first seven attempts of the game.

Toronto made 12 of 27 3-point attempts, including four of eight in the fourth quarter.