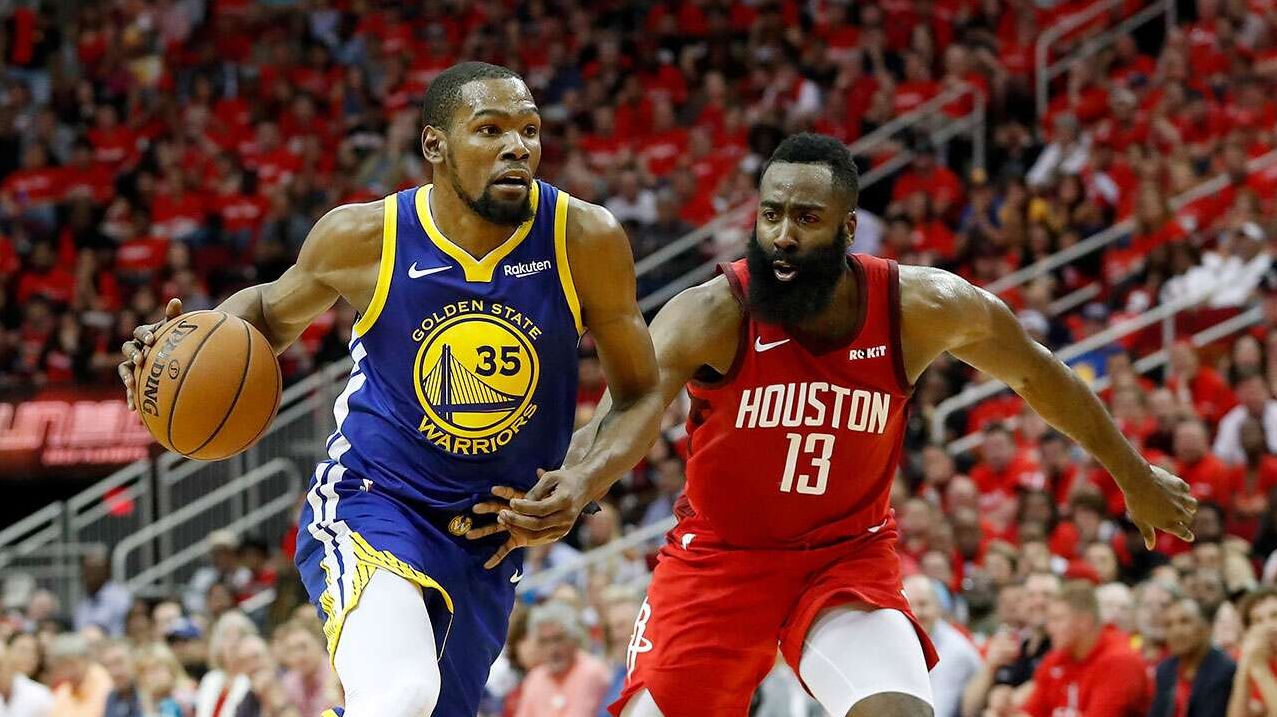 James Harden made a 3-pointer to finish off the Golden State Warriors in overtime, as Houston Rockets won Game 3 to make it 1-2.

Eric Gordon helped the Rockets get to that point with the best playoff performance of his career. The 'Beard' Harden scored 41 points, and Houston outlasted the Warriors 126-121 on Saturday night.

A layup by P.J. Tucker put Houston up by three with about 2 minutes left and the Warriors missed shots on their next two possessions. That set up the 3-pointer by Harden with 49 seconds left that made it 124-118.

Kevin Durant made three free throws after that, but Harden added a layup to stretch the lead. Stephen Curry, who dislocated a finger in Game 2, missed a wide-open layup and Harden grabbed the rebound to secure the victory.

The Rockets withstood a 46-point performance from Durant and late surge by the Warriors to avoid falling into a 3-0 hole in the best-of-seven series. Game 4 is Monday night in Houston.

Harden led the team despite recovering from injuries to both eyes he sustained in Game 2 when he was hit in the face by Draymond Green. He said they didn't bother him on Saturday, but both eyes remained bloody red in spots.

Curry finished with 17 points on 7-for-23 shooting after missing two layups in overtime. Green added 19 points, 11 rebounds and 10 assists.

Houston was clinging to a one-point lead when Iguodala's 3-pointer put Golden State up 112-110 with 45 seconds remaining in the fourth. Harden made two free throws a few seconds after that to tie it and Durant missed a jump shot on the other end to give Houston a chance to win it in regulation.

Chris Paul was in the lane when Klay Thompson forced a jump ball. Harden got the ball but didn't have time to get a shot off before the buzzer.

The Warriors used a 15-2 run at the end of the third quarter and the beginning of the fourth to take a 94-93 lead with about 10 minutes remaining. Durant was unstoppable in that stretch, scoring all 10 of Golden State's points to start the fourth.

Tucker, Houston's defensive stopper who had been on the bench with four fouls, re-entered the game to try and help slow Durant down. Iguodala and Thompson both made 3-pointers soon after that and the Warriors remained up by a point with about 8 minutes left in the fourth.

The Rockets were up by nine at halftime, and Harden and Paul made 3-pointers on consecutive possessions in the third to push the lead to 72-61.

A 3-pointer by Curry cut Houston's lead to seven later in the period before Houston used an 8-2 spurt to extend it to 83-70 with about 3 minutes left in the quarter.

Houston had a 12-point lead after a dunk by Clint Capela with less than a minute left in the third. Golden State scored the last five points of the quarter, with a 3 from Green, to get within 91-84 entering the fourth.