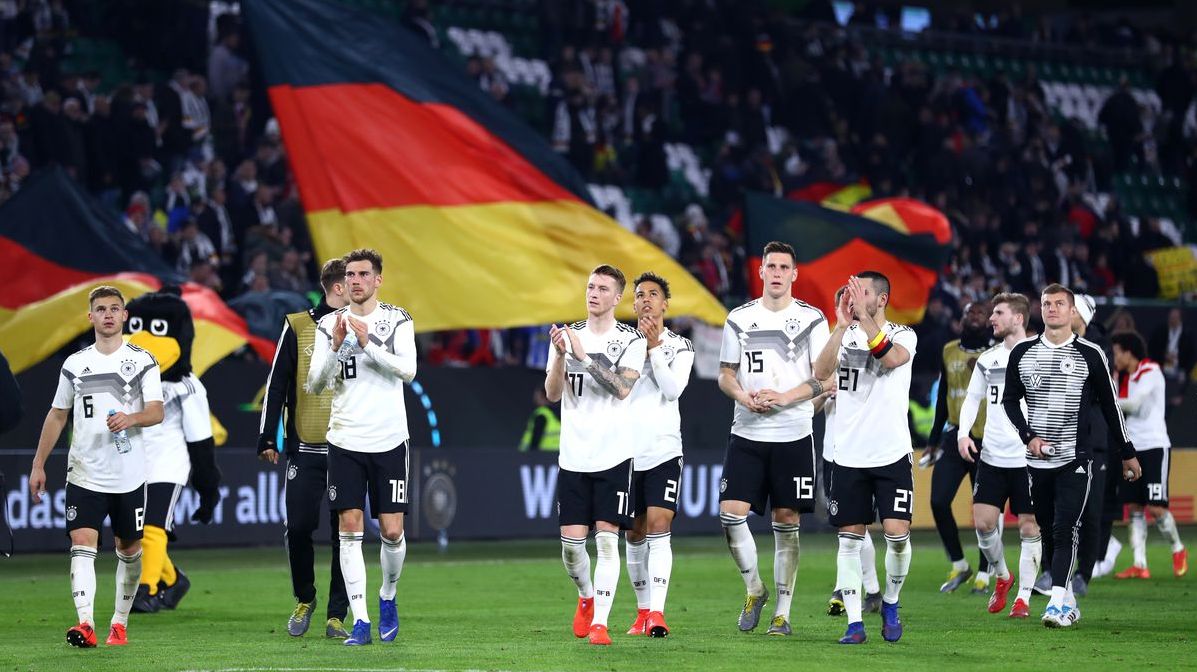 Serbia holds new-look Germany to a draw in a friendly

In a match which had sporadic displays of exciting moments, Serbia held Germany to a 1-1 draw in a friendly match at the Volkswagen Arena in Wolfsburg.

Despite a promising start from the hosts Germany, Serbia took a shock lead through Luka Jovic after the in-form Eintracht Frankfurt striker was left unmarked on the edge of the six-yard-box to head home a flicked-on corner. A goal to the good, the Serbians sat back and invited Germany to break them down, but the unfamiliar German line-up struggled to generate the tempo, width or creativity to create any chances of note, the best chance of the half falling almost accidentally to Timo Werner whose rushed effort was well saved by Marko Dmitrovic.

Otherwise, Ilkay Gündogan was sat deep, Julian Brandt was busy but ineffective and Leroy Sané looked increasingly frustrated. But that all changed in the second half. Joachim Löw made two changes at the break, one expected as Marc-Andre ter Stegen replaced Manuel Neuer and another which changed the game as Marco Reus replaced Kai Havertz. Gündogan also moved further forwards and suddenly it started to click.

Sané, Marco Reus and Leon Goretzka were all involved in half chances and Gündogan thought he had equalized after rounding the goalkeeper following a delicate flick from Sané, but Nemanja Maksimovic cleared heroically on the line. But Germany didn't have to wait long after that and, with just over twenty minutes to play, Goretzka fired them level with a well-aimed effort from the edge of the box.

As full-time edged closer, it looked like there could only be one winner, and that was all down to Sané. As the Serbs tired and lost concentration, the Manchester City winger moved up through the gears, leaving two defenders sprawling in his wake before forcing a point-blank save from Dmitrovic. Soon after, he was terrorising the Serbian defense again, driving forward with electrifying pace down the right wing and forcing another save from Dmitrovic, this time low at his near post. And when Gündogan flicked the ball into Reus' path, the Serbian stopper was called upon again, sprinting off his line and getting to the ball just ahead of the Borussia Dortmund captain.

Such was the pressure that Germany had put them under, Serbia started to flounder. The discipline evaporated and the fouls mounted, culminating in a shocking challenge on Sané in injury time for which Milan Pavkov saw red and for which the Serbian bench apologized to their German counterparts as both sides settled for a draw.