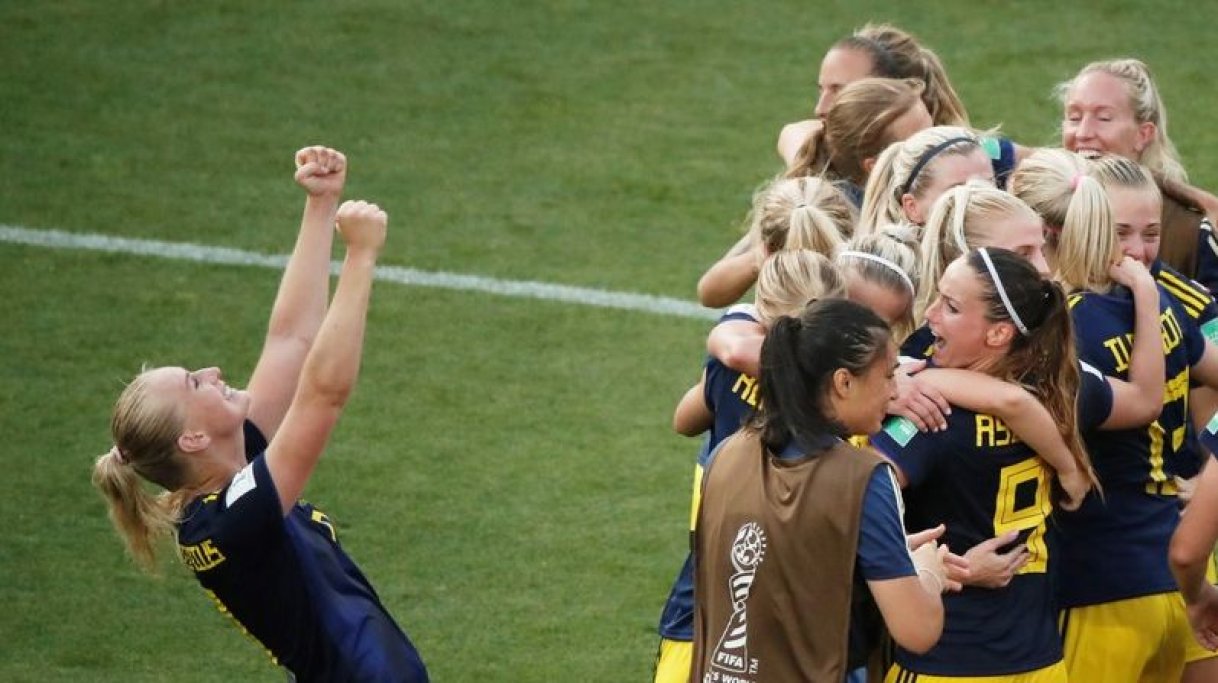 Sweden hadn't beaten Germany in women's football at a major tournament since 1991. The last time a team lost a World Cup quarterfinal after scoring first came in 1999.

But those streaks came to an end Saturday as Sweden upset the second-ranked team in the world 2-1 in Rennes, France, to set up a Women's World Cup semifinal against the fast-improving Dutch.

Goals from Sofia Jakobsson and Stina Blackstenius gave the Swedes -- downed by Germany in the 2016 Olympic final in Rio -- victory in the evening kickoff after Lina Magull's brilliant opener.

The Netherlands earlier beat Italy 2-0 in the afternoon heat in Valenciennes to reach a first ever semifinal at the tournament.

It was a familiar name, Vivianne Miedema, who scored the winner for the Oranje in the 70th minute courtesy of a glancing header before another header from Stefanie van der Gragt 10 minutes later put the game away.

Germany hadn't even conceded a goal in France prior to Saturday, so when Magull netted in the 16th minute on a scissor-kick volley it felt like the floodgates would open. The opposite happened, however.

A single ball over the top regularly unlocked the German defense, with the ever threatening Jakobsson denied by Almuth Schult before the forward made no mistake in the 22nd minute.

Sweden went ahead for good in the 48th minute as Blackstenius, who ended her scoring drought against Canada in the last 16, scored on a rebound following Schult's fine save. Germany wanted a foul in the buildup but it wasn't given.