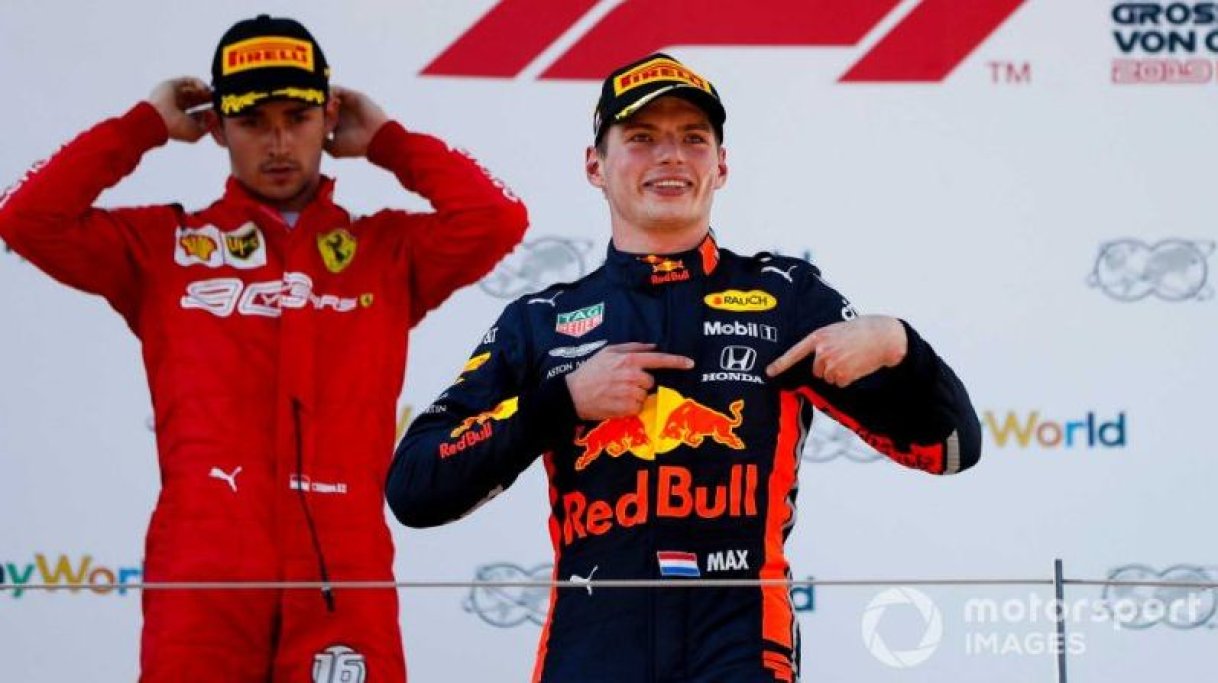 The win was only confirmed three hours after the race finished following an investigation into whether Verstappen unfairly ran Leclerc off the track.

Ferrari's Leclerc seemed in control of the race after Verstappen made a bad start to drop from second to seventh.

But Red Bull pitted Verstappen 10 laps later than Leclerc and Verstappen fought up from fourth to take the win.

It was a sensational drive from Verstappen, making superb use of fresher tyres than the cars in front of him, but the move with which he took the lead was controversial.

Leclerc had already fought off one pass by Verstappen on the previous lap, when the Red Bull got inside the Ferrari at Turn Three but Leclerc held on around the outside and out-accelerated him up to Turn Four.

But on the next lap, with two to go, Verstappen again dived up the inside, and this time he ran Leclerc off the road on the exit.

It brings to an end Mercedes' run of eight consecutive wins this season - a run that actually stretches back two races further, to last year's Brazilian Grand Prix.

Bottas drove a steady race to take third - but may face criticism for ceding the lead to Verstappen too easily. While Vettel made a second stop after being passed by Verstappen and caught and passed Hamilton before the end to take fourth.

Lando Norris drove superbly in the McLaren to be best of the rest in sixth, holding off the Red Bull of Pierre Gasly for much of the way.

Carlos Sainz made it a good day for McLaren with an excellent drive from the back of the grid as a result of engine penalties to take eighth, ahead of the Alfa Romeos of Raikkonen and Antonio Giovinazzi.

The British Grand Prix. About 140,000 fans are expected to descend on Silverstone for what could be the last race there, given the state of contract negotiations.

Mercedes will start as favourites but Ferrari's engine power could bring them into play. And Red Bull have also made a step forward this weekend. The complexion of the season has just changed.