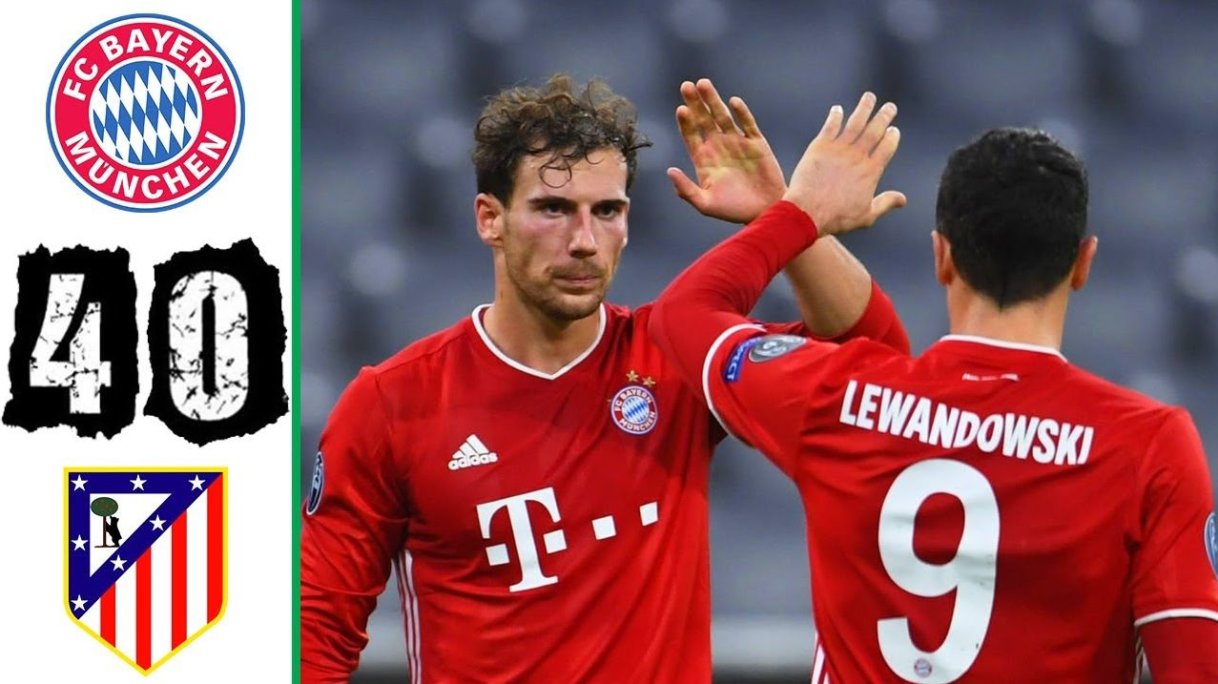 Bayern Munich clearly showed that their last season triumph was no fluke as the german giants ran riot at Allianz Arena against Diego Simeone's Athletico Madrid.

Bayern Munich and Atletico Madrid met for their first matchday from the 2020-21 UEFA Champions League season. An extraordinary performance from the European Champions simply blew away the Spanish side without a fight. The match was truly one-sided with Bayern Munich, winning in all departments.

Below we look at some key observations from the Match:

Atletico with a no-show

The Attack of Los Rojiblancos was simply toothless on the night. The Madrid side managed just two genuine attempts on goal in the entire game. They lacked the vision and courage needed to challenge Manuel Neuer.

Athletico was also rash in their defending which lead to a string of yellow cards. Bayern completely dominated the game as Diego Simeone watched his side get bullied by the Germans.

Hansi Flick proves once again he is the Principal

Bayern manager, Hansi Flick did not have Serge Gnabry or Leroy Sane at his disposal. But that is not a problem when you know the game better than everyone. And instead, he went for an unusual 4-3-3 formation, with three midfielders in Corentin Tolisso, Joshua Kimmich, and Leon Goretzka. This created a solid midfield, and once the midfield battle was won the key to unlock the defense was just a formality for talented wingers like Kingsley Coman.

Flick once again proved why he completely deserves the best coach of the year award and his time with Bayern was not a matter of luck but a product of his thinking and philosophy.

Bayern did not have their best winger Serge Gnabry for the game. Also, Robert Lewandowski and Thomas Muller didn’t have the best of games. But the five-time European Champions showed the depth in their squad for this game.

The presence of Tolisso gave Kimmich and Gorezka much more freedom and the stat does not lie. Gorka and Kimmich ended with one goal and assist respectively. Tollison struck a superb goal from the 30yard which will be going down as a potential goal-of-the-season contender.

Coman continued his sublime form in the Champions League as he scored the last goal for Die Roten last season and, this season he opened the account for the Bavarians. He had an exceptional match with 2 goals and 1 assist.

Bayern started off their campaign with a resounding 8-0 win against Schalke 04, but the side struggled to keep a clean sheet since then. In the 8 games, they played so far only 3 were clean sheets.

Niklas Sule had a stellar performance, as he didn't allow any space to both Luis Suarez and Joao Felix to maneuver. Lucas Hernandez showed no mercy as well to his former club as he created somewhat of a ‘No-entry’ zone in the left flank.