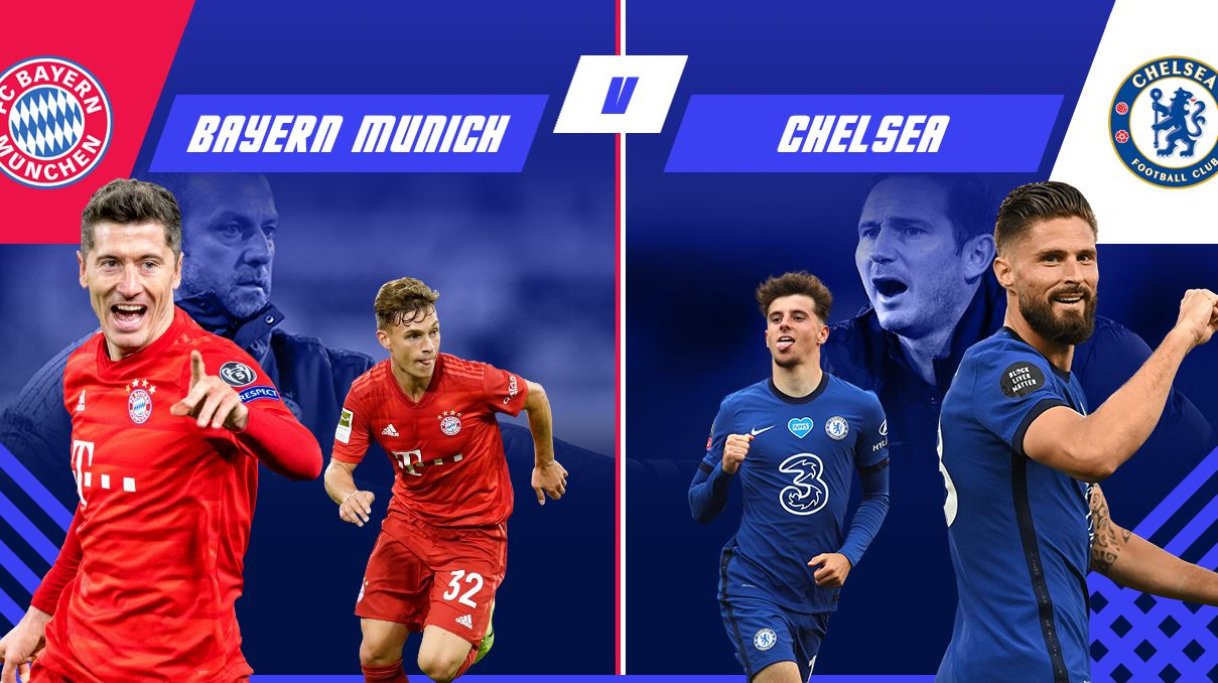 After a frustrating gap of almost five months, magical Champions League nights are finally back as Bayern Munich face-off against Chelsea in the pre-quarter-final stage of the competition.

The 2011-12 Champions enter this tie with their back against the wall as they look to overturn a three-goal deficit against the Bavarian giants. To make matters worse, no team has ever failed to go through after winning by three or more goals in the first leg of a knockout CL tie away from home.

Form leading up to the game

Die Roten are on a tremendous run of form as they scampered through to the Bundesliga title with 13 points difference between them and the runner-up. They also clinched the DFB-Pokal by beating Bayer Leverkusen comprehensively in the final. On top of that, they are gearing up for the treble.

The Blues have been pretty inconsistent throughout this season. They narrowly grabbed the last Champions League spot on the last day of the Premier League season and lost to Arsenal in the FA Cup final.

Chelsea were heavily thrashed by a rampaging Bayern in the first leg of this tie at Stamford Bridge, which all but sealed their fate for the season in Europe’s premier competition.

Former Arsenal man Serge Gnabry grabbed a quickfire brace and Robert Lewandowski helped himself to a goal as Bayern ran away with the tie away from home.

World Cup winner Benjamin Pavard is ruled out of the tie and Joshua Kimmich may take his place at  right-back.

Leroy Sane is ineligible to play having signed from Manchester City a couple of weeks back and Nicklas Sule is not fit enough to feature in this game.

Other than that Hansi Flick has a tried and tested starting eleven fit and raring to go.

For Chelsea, left-back Marcos Alonso and midfielder Jorginho are suspended for this all-important clash. Christian Pulisic, Cesar Azpilicueta, and Pedro all picked up injuries in the FA Cup final defeat. N'golo Kante is doubtful as Chelsea will look to play in a 3-4-3 formation.

Lewandowski is in the form of his life and has arguably been the best player in the world this season. He has been a machine for Bayern as he has demolished many defences with his goal-scoring prowess.

The Polish international has already raked in a mammoth 52 goals this season in all competitions, making him the MVP of this terrifying Bayern side. Stopping him is as difficult a task as it gets as Kurt Zouma will prepare himself for a war on the pitch.

Chelsea back-line has not been their strength this season as teams have found a way to breach it quite easily. Zouma has been playing in the middle of a 3-man defence and will directly come in the face of Lewandowski storm.

Apart from stopping the Bayern striker, he also needs to be aware of the threat coming out of the wings and bring his aerial acumen to the fore to tilt this tie in Chelsea’s favour.

Davies has been a nightmare for Bundesliga defences with his pace and trickery. He has been the fastest player in the Bundesliga, which makes him a menace for the opposing defences and also helps him track down and curtail opposing wide players.

The Canadian prodigy also holds the record for most take-ons completed by a full-back in the German top-tier, making him a threatening prospect in both attack and defence.

Willian has been rumoured to be joining Arsenal recently but would like to end his stint with the Blues on a high note. He has been a tremendous servant for the club over the years and this game could be a fitting end.

Willian is threatening with his dead-ball ability and Bayern defence would have to be very careful not to concede a free-kick anywhere near their D-area because chances are, he will rifle them in.

This tie is heavily tilted in Bayern’s favour as they have a three away goal lead and are a 17-match winning run in all competitions. Although, we have to keep in mind that they would be a bit rusty as they last played a competitive game a month back.

Frank Lampard’s Chelsea has been handed four defeats in their last six away games, which does not bode well for them. Bayern are well on course for a treble this season and they wouldn’t break a sweat in dispatching this inconsistent Chelsea side, who although have rather pleasant memories of Allianz Arena where they won their solitary Champions League title.