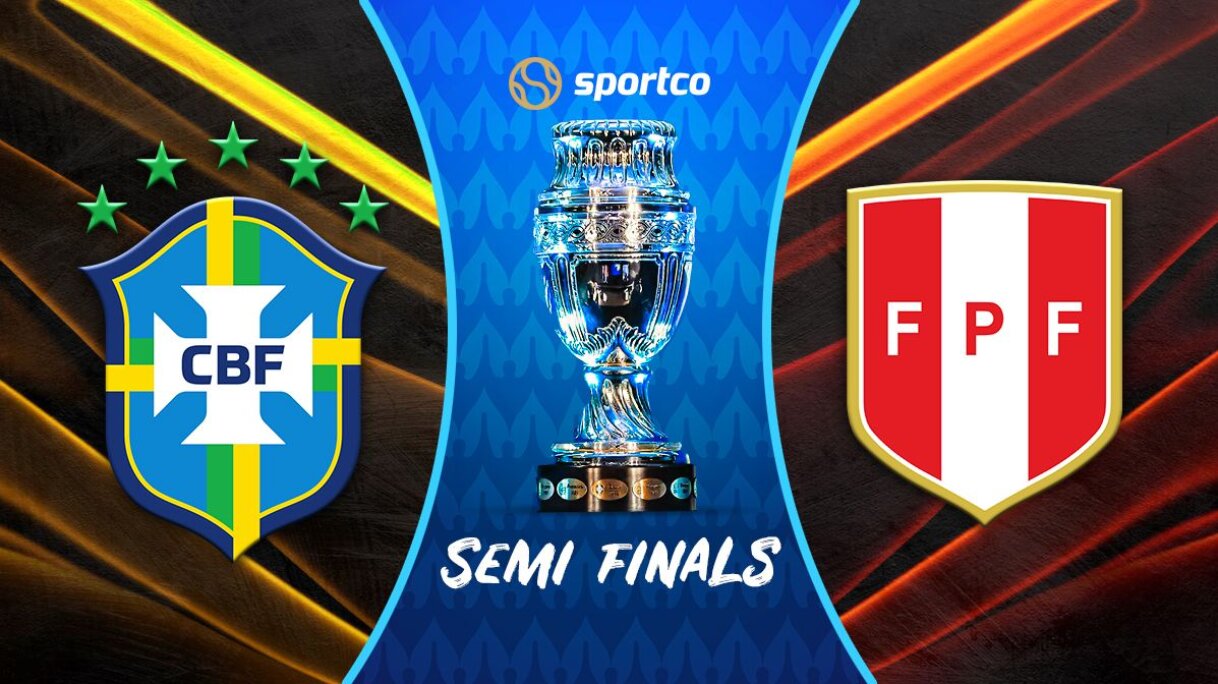 Brazil's quest for their 10th Copa America title moves ahead after beating Chile 1 - 0 in the Quarter Finals and will go against Peru.

Brazil had their striker Gabriel Jesus sent off for a high kick on Chile's Eugenio Mena at the 48th minute of the match, still, Brazil won by the narrowest of margins to clinch their place in the Top 4.

Peru defeated much-spirited Paraguay who was one of the surprises of the season, the score was 3 - 3 at the end of full time where Peru edged out 4 - 3 on penalties.

Brazil has defeated Peru in this year's Copa America group stages on the 2nd matchday where they comprehensively won 4-0 where the goals were scored by Alex Sandro, Neymar, Riberio, and Richarlison.

★ Peru is the last team that beat Brazil as a visitor in the Copa America – the Incas beat them 3-1 in the 1975 semi-final.

★ Gareca will lead Peru for the fourth time in Copa America – he is the coach with the most matches in charge of the national team in the competition (16).

★ Brazil has gone head to head with Peru 46 times in all competitions, Brazil has come up as the dominant side in the fixture by winning it 33 times. Peru has won the tie just 5 times where there have been 8 draws.

★ In Copa America, the teams have faced each other 12 times - Brazil has won 8 times, Peru has won 2 times and there have been two draws.

Brazil v/s Peru has produced a goal-fest for the Samba boys. In the last 5 meet-ups, they have scored an average of 2+ goals and have lost just once in the last 5 games.

Brazil is the favorite to win it and move into the finals for the consecutive edition of Copa America.