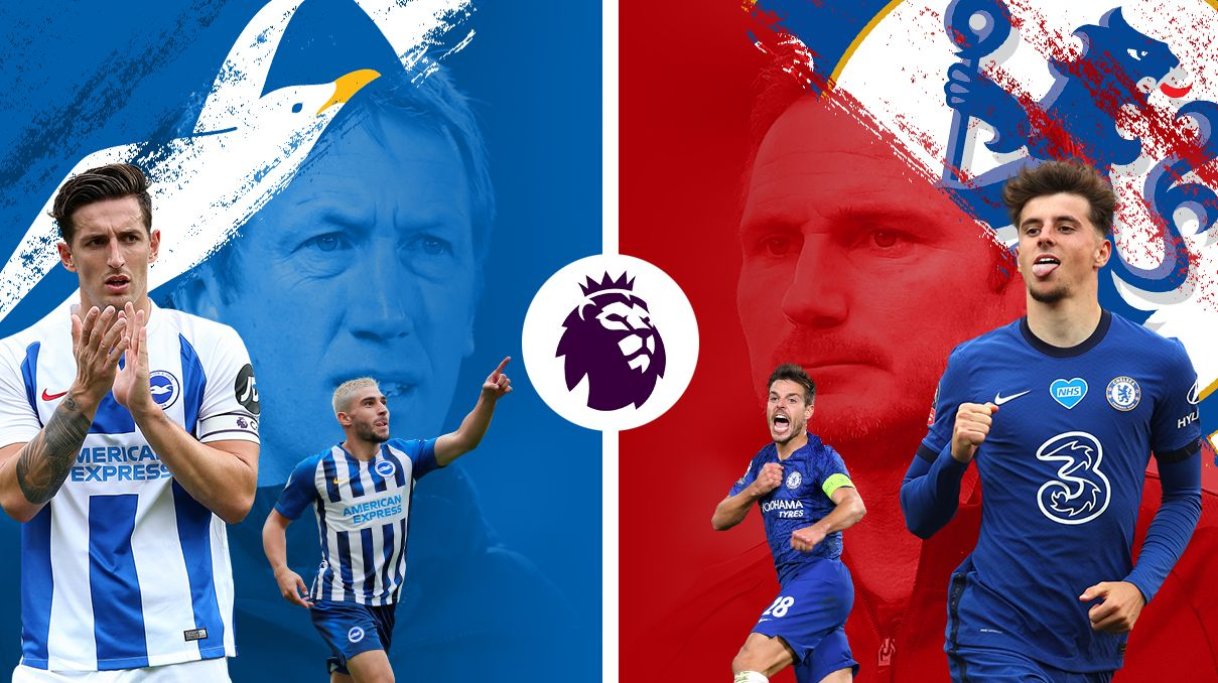 Big-spending Chelsea will be visiting Brighton and Hove Albion for their opening Premier League game on Monday just two weeks after the sides played each other in a friendly. The Blues had a very happening time in the transfer market and the likes of Timo Werner, Kai Havertz, Thiago Silva, Ben Chilwell and Hakim Ziyech have not moved to the west London club, just to finish fourth.

After being backed by the board in every possible aspect, Frank Lampard is expected to make a huge leap as compared to the previous season. This certainly means that not only is a spot in the top four a must be he is expected to keep Chelsea in title contention for as long as he can.

Winning a title after so many new signings would be too much pressure but the board has made all arrangements for the Chelsea boss so that by the end of 2020-21 season, Chelsea make a massive statement in terms of their plans and style of play.

Their opponents and the hosts for Monday enter the new season with new ambitions and certainly more belief. Adam Lallana should hopefully be a vital addition to the midfield and if Neal Maupay continues his run of form like he did post-lockdown, then Brighton have a bright chance to earn more than just another year in the Premier League.

Chelsea are clear when the head-to-head is concerned with five wins and a loss, also two draws out of the total eight games played by the sides in recent times.

However, the last two games played between the sides have been 1-1 draws with Chelsea winning 2-0 and 3-0 respectively in their encounters before the draws. The last time Brighton defeated Chelsea was in 2012, 3-1 in a friendly.

Both teams played against each other in a friendly and the game ended as a 1-1 draw as the last time the teams played in the league.

Brighton ended last season a positive note, beating Burnley. A thrashing to Manchester City is not a surprise but Brighton’s failure to beat Steve Bruce’s Magpies at home was a major concern for Graham Potter.

For Chelsea, the last season was full of ups and downs. The Blues were in the top four for most of the season yet failed to achieve any conjecture about their chances of playing in the Champions League next year. In other words, Chelsea were thankful to Brendan Rodgers’ Leicester City who slipped and made things comfortable at Stamford Bridge.

The few positives for Chelsea at the end of the season was a FA Cup semi-final victory against Manchester United, having tasted defeat in all the other three times the teams played each other that season.

Brighton won only one out of the last five games they played, drawing and losing two. On the other hand, Chelsea lost thrice and won twice in their last five games in all competitions. The losses were against Bayern Munich in the Champions League last 16, Arsenal in the FA Cup final and Liverpool in the Premier League.

Brighton used an experimental 5-3-2 formation against Chelsea in the friendly a couple of weeks ago and it is expected that Potter will make some tactical moves to get an upper hand in the game.

Tariq Lamptey will be hoping for a spot against his former side while Pascal Groß is likely to start as he scored in the previous encounter.

Every Chelsea fan will have to wait more to see all the new signings on the pitch together as Thiago Silva, Ben Chilwell and Hakim ZIyech are sidelined from the fixture. Lampard revealed that Werner is fully fit while Christian Pulisic is also in contention to start after recovering from a hamstring injury.

Mateo Kovacic will miss the game due to suspension because he was sent off in the FA Cup final against the Gunners.

Lewis Dunk would not waste a single moment to welcome Werner in the Premier League and the head to head battle between the two is expected to be a more physical one.

Werner scored Chelsea's only goal in the friendly a couple of weeks ago and that means he at least has some idea about how the team will set up and the area where he can exploit using his pace and body.

Dunk has been one of the most solid defenders in the league and has done an above par job barring some of his own goals.

Werner looked good in the friendly and his performances in the international games weren't bad either. The German will look to pick up his Premier League form just how he did it in his last Bundesliga season.

Both the players are good on the ball and are very aggressive in the air too. The battle between them will surely be one of the interesting ones.

Maupay had a mixed 2019-20 season and same was the case with Rudiger. Both had their ups and downs and both the players have potential to do much better than their current form.

Maupay scored ten goals and assisted three in the league but he was very inconsistent. Maupay failed to capitalize on a lot of chances and that included some missed penalties that proved costly.

For Rudiger, the scenario wasn't much different as he was one of the defenders who Lampard expected more from compared to Kurt Zouma and Fikayo Tomori. However, Rudiger's performance in many games especially against West Ham made Lampard question his place in the starting XI.

Both players had immense opportunities but in some or the other way, both have failed to grab it with both hands. They will be looking for redemption and thus the battle between the two will be a tricky one.

Chelsea have been boosted by their transfer activity. However, the team that will be fielded will have the majority of the players from the last season due to injuries to the new arrivals.

Brighton would look for more than just a point from the game as they did pretty well in the friendly.

On the contrary, Frank Lampard will be well aware of how his team struggled at that time and will make tactical changes accordingly.