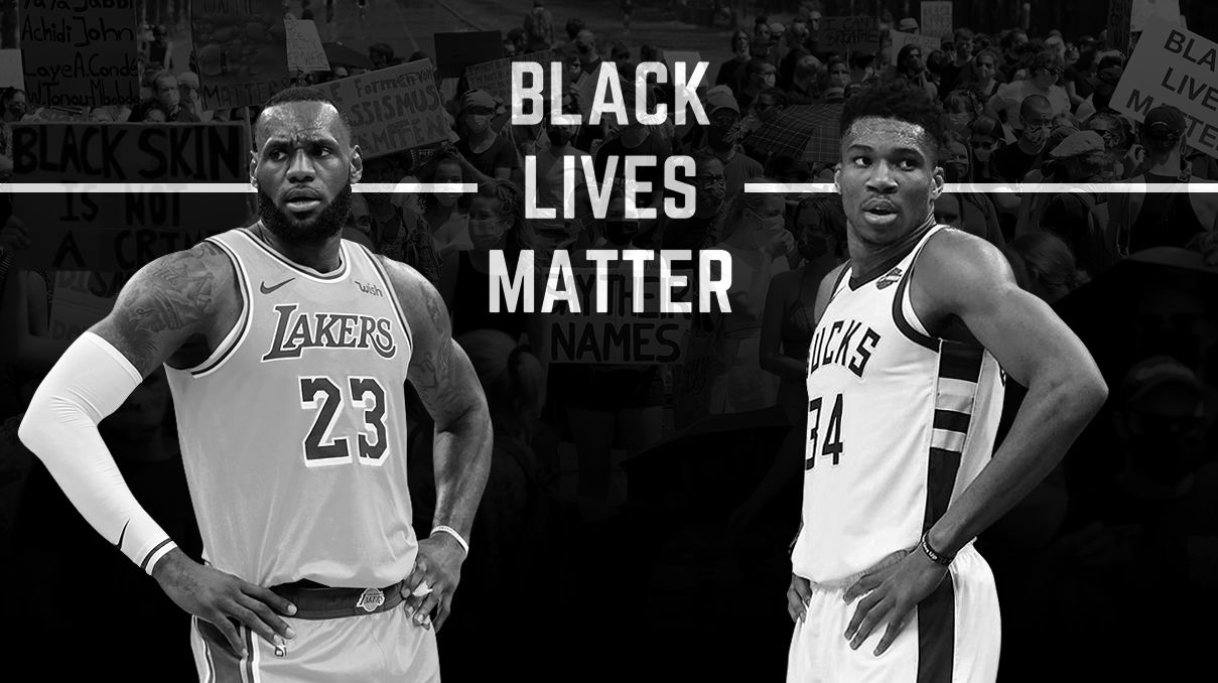 Milwaukee Bucks and the NBA raise their voice against police violence

All teams, however, decided to sit out of the games in protest of police violence following Jacob Blake’s shooting by cops in Kenosha, WI.

The WNBA, MLB and MLS followed suit with the NBA as games scheduled for Wednesday were postponed.

Tennis star Naomi Osaka also announced her decision to not play the Cincinnati Masters in protest of the “continued genocide of Black people at the hands of the police.”

This was the first boycott in NBA history since 1961 when Bill Russell led Boston Celtics refused to play in protest of racial injustice.

Blake’s shooting is another one that has gotten a lot attention since Breonna Taylor and George Floyd were killed by the police in March and May of this year respectively.

The police attempted to arrest Blake following a domestic abuse complaint on him. They unsuccessfully tried to taser him and when he leaned into the passenger seat of his car, officer Rusten Sheskey shot him seven times. Blake’s three sons were in the backseat when their father was shot.

Unlike Taylor and Floyd, Blake survived but is paralyzed from waist down.

This was yet another excessive use of force by cops in the United States and it, unsurprisingly, led to mass protests in Kenosha, where Kyle Rittenhouse, a 17-year old resident of Illinois, and a person who idolized law enforcement, shot two protesters dead.

The NBA takes a stand and other leagues follow

NBA players and coaches raised their voice against the country’s law enforcement which is infamous for racial discrimination.

The NBA Bubble has been very vocal in its support of the Black Lives Matter movement. Statements pertaining to the discriminatory treatment of Blacks, people of color and minorities have been very prominent in this duration.

Doc Rivers, head coach of the Los Angeles Clippers, was right on point while talking about Blake’s shooting. He made valid points about why Black people view cops with mortal fear.

Rivers also mentioned the complete difference in how police across the US treated Black Lives Matters protesters and anti-lockdown protesters. Riot police was called upon more often than not for the former while the latter were armed and spat at cops.

Wisconsin based Milwaukee Bucks led the boycott, refusing to take to the court for Game 5 of their first round series against the Orlando Magic. The NBA then quickly announced the postponement of the remaining Game 5’s slated to be played on Wednesday.

The Bucks took a brave step and received support

As Matt Pearce pointed out, the Bucks breached their own contracts by not playing in protest of police violence.

The Bucks released a statement via twitter explaining the reason why they decided to not play.

The team received a lot of support from the NBA community as well as external figures including former US President, Barack Obama.

NBA senior VP Alex Lasry also gave his support to the Bucks’ actions. Inside the NBA host Kenny Smith also walked out of set in support of the NBA players’ actions.

In the MLB, the Milwaukee Brewers were the first to cancel their game with Cincinnati Reds. The Seattle Mariners then voted to not play their game with the San Diego Padres, a decision the latter understood.

The future of the NBA is uncertain

In a players’ meeting on Wednesday night, all teams except for the Los Angeles Lakers and the Los Angeles Clippers voted to continue playing for the remainder of the season, as per The Athletic’s Shams Charania.

Charania specifically mentioned that LeBron James expressed his view that NBA owners need to take a more active role in fighting racial injustice in the country.

The vote taken is not binding and as per Adrian Wojnarowski, we cannot be certain whether the playoffs will continue or not.

Sources have also mentioned that the meeting on Wednesday was emotionally charged and heated. There is another meeting scheduled for Thursday and players are hoping that cooler heads prevail.

Two playoff games are scheduled to be played on Thursday but it is likely that they will be postponed as well.

Too often have athletes been told to “shut up and dribble” and not make socio-political statements.

The Bucks’ actions on Wednesday, and the subsequent actions by other members of the sporting fraternity did well to not heed Laura Ingraham’s bone-headed advice.

By bringing sports to a standstill, much-needed attention was brought on to the issue of police brutality, especially on the Black community in the United States.

Decisive legal and executive action is still awaited on the Taylor and Floyd cases. The ruling Donald Trump government has not taken any steps to provide justice and assure the Black community of fair treatment.

It should, therefore, come as no surprise if athletes protest in the future as well.

Their boycott today, hopefully, will help in heralding a much-needed change.