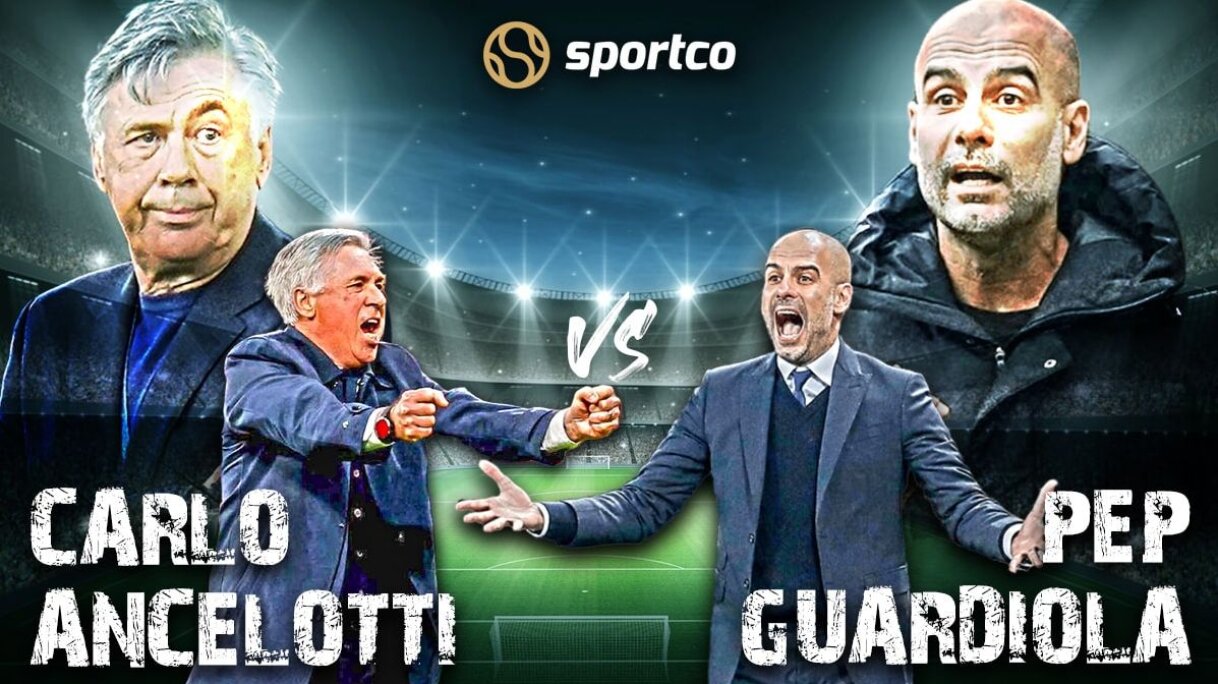 With their sides set to take on each other in the return leg of the Champions League semi-final at Bernabeu, there will be more to this game as the two most reputed managers of Europe, Pep Guardiola and Carlo Ancelotti will be instructing their men from the touchline.

These two successful managers have a massive trophy haul, and yesterday Carlo Ancelotti added another trophy to his cabinet.

The Italian won the La Liga trophy as Real Madrid manager for the first time in his career and adding to this; Carlo Ancelotti has now become the first-ever manager in football history to have won titles in five different leagues, Italy’s Serie A, France’s Ligue 1, the Premier League in England and the German Bundesliga.

Ancelotti is known as a brilliant man-manager across Europe, who has taken Real Madrid to Champions League semi-final despite having an over-age squad.

This season Ancelotti has turned Real Madrid into a team that depends on collective work and squeezes the minimum of chances they receive in the matches.

When his side trails, they don’t wait for someone to summon something at the last minute of the game; all the players put their maximum effort into claiming a well-earned victory.

On the other hand, Pep Guardiola has changed Manchester City into an indomitable team who are seeking their consecutive Champions League final appearance.

If Pep does win the most prestigious trophy in Europe this season, he will finally deliver the elusive trophy to Manchester City, which their owners and fans crave. And currently, they are the most ruthless team in Europe.

They are just too good, and you cannot find vulnerabilities in a team like City. They have an invincible side who are playing fluent football, credits to Pep Guardiola for this massive metamorphosis in the team.

And at the second-leg it all comes down to two managers who will face each other once again, and with this, we take a lot of the overall head-to-head record of Pep Guardiola and Carlo Ancelotti.

The overall head-to-head record favours the Spanish manager. In their seven meetings, Pep Guardiola certainly has the upper hand over Carlo Ancelotti with five wins and two losses. However, Ancelotti has just two wins against Spanish managers.

Real Madrid will have to overturn a one-goal deficit in the return leg, and it will not be as demanding if Pep’s men are contemplating doing so.

They could have wrapped up the match in first-leg after demonstrating a defining performance, but Real Madrid refused to capitulate, and all the players pounced on their smallest mistakes.

City let Real off the hook, and history tells this could prove costly as what Real Madrid did to their previous opponents in second-leg.

But Pep Guardiola was happy as City’s players were better, quicker, and looked more threatening and at times, they outclassed Real Madrid side and their players were unable to exert influence in the match.

But Real still found their way back, and now they will have a serious belief that they can reach the final chapter of this competition.

And now the main focus shifts to Wednesday night as both the gaffers will be standing on each other’s to reach Stade de France.