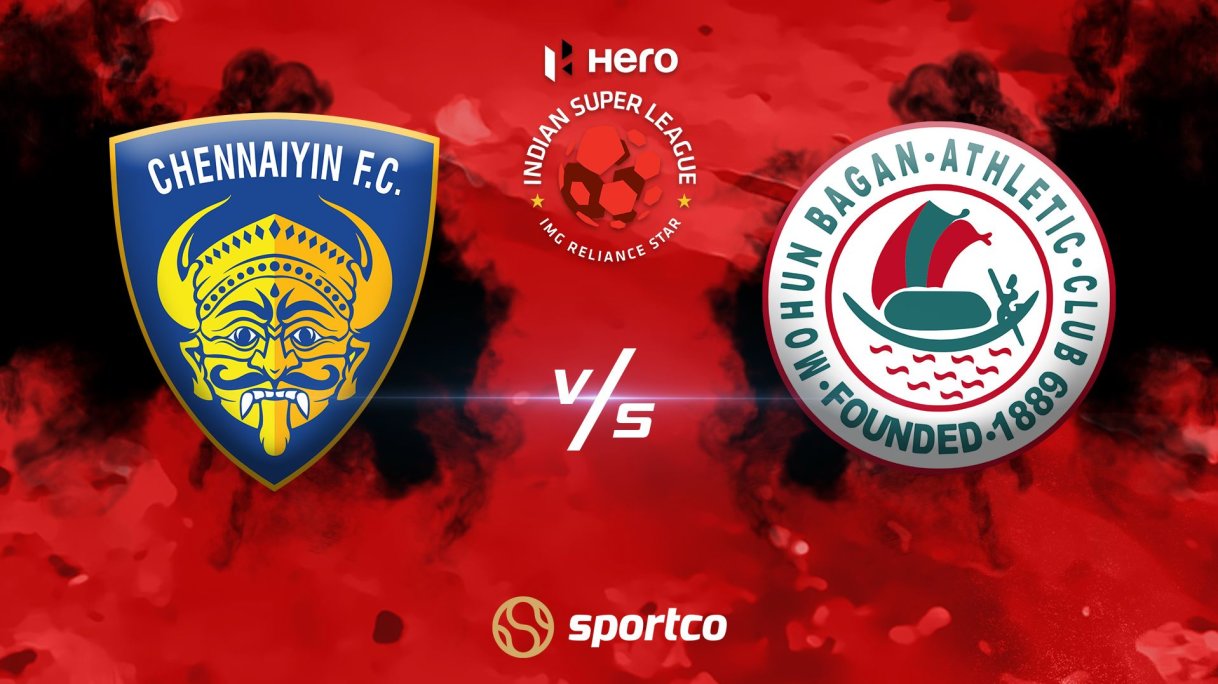 Chennaiyin FC will lock horns with Antonio Habas' ATK Mohun Bagan after their disappointing performance against the Red and the Gold.

The Mariners are having a great season and are currently second with 16 points. However, the Marina Machans can be a tricky opponent to face. Chennaiyin would be hurting after dropping points against SC East Bengal and they will have to make up with a fabulous performance here.

A win against ATK Mohun Bagan can be a huge mental boost for Chennaiyin FC.

There have been 15 games between the two sides, considering the team now was the same before a new team was formed. The Mariners have won seven times, losing four games, while four have been drawn.

1) If Chennaiyin loses to ATK Mohun Bagan, they will now have the joint-most number of defeats in ISL.

2) Lallianzuala Chhangte has the records for most goals scored by a U-23 player in the ISL (23).

3) Roy Krishna is one of the quickest goalscorers in the ISL with 20 goals in only 28 games.

Isma is finally fit to make his return to the squad and Csaba Laszlo would be relieved to have another vital player back. Reagan Singh would be back too after serving his one-game suspension.

For Habas, a fully fit squad is there to pick from. The Mariners have been one of the fittest sides this season and that is one reason for their sharpness on the pitch.

He has been one of the shining lights for the Marina Machans this season. He makes mistakes too, but he has been solid, making wonderful runs, and providing his team-mates with the precise distribution of the ball recently, something that the coach would be happy to see.

His goal against SC East Bengal provides evidence about the fact that he can do offensive work too.

The Fijian is in a league of his own. He is an instrumental part of the Mariners and his partnership with David Williams, another star has been exquisite.

Both of them have spoiled many games for their oppositions and there certainly are many more chances waiting for them.

The game is expected to be a tight one. Both the teams have the power to take all the points but the Mariners have a stronger hold on the tie.

Chennaiyin FC will have to work a lot to keep ATK Mohun Bagan at bay, and if they manage to do so, a victory may not be very far.