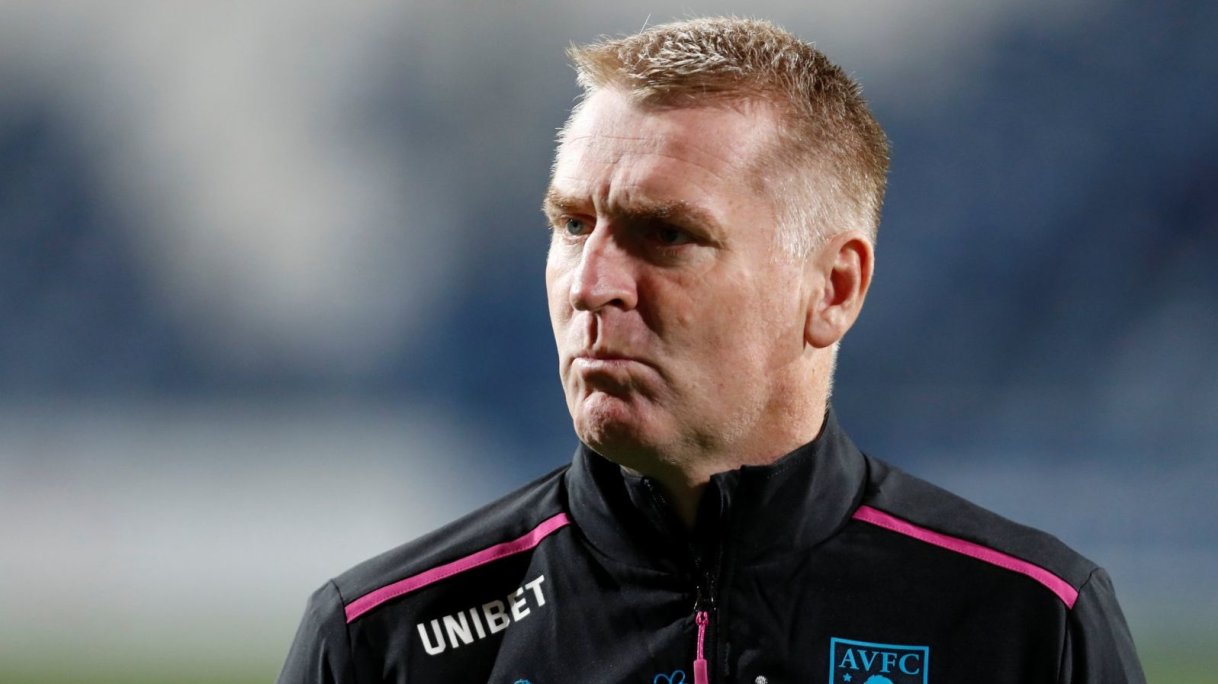 Dean Smith: The proud coach on his way to lead his team at Wembley

Mahmoud Trezeguet’s goal in second-half stoppage time sent Aston Villa into the EFL Cup final, which will be played at the iconic Wembley stadium. Dean Smith, who was very delighted with the performance, will now be a proud man when he leads Aston Villa in the final.

The game at Villa Park was very tense but the home side was destined to go through. Kelechi Iheanacho canceled out Matt Targett’s opener. Trezeguet, though, steered home from an Ahmed El Mohamady in stoppage time to spark scenes of happiness, eventually leading to the home fans invading the pitch following the final whistle.

Villa, who last got their hands on this trophy in 1996 and were runners-up in 2010 are about to face Manchester City in the final. Smith told Sky Sports,” I certainly let myself go with the goal. That deep into stoppage time, there was a bit of emotion from everybody when that goal went in and the place erupted.”

“To go and get the win at the death, like we did there, we had it last week against Watford at the last minute and we’ve had it again today. But to be taking this club to Wembley, we’ve got a great history and a proud history in this competition, and I’ll be a very proud man leading them out at Wembley.”

New signing Pepe Reina missed the game due to a tight calf and goalkeeper Orjan Nyland featured as his replacement for the first time since conceding six against City on January 12. Nyland made five saves across the 90 minutes.

Smith praised the keeper and told the media about the three great saves he made out of which two were low shots while one tipped onto the crossbar. Smith was happy as Villa were aggressive in the game and created ample chances to make it a tight one for the visitors.

On the contrary, Leicester boss Brendan Rodgers was disappointed. According to the Northern Irishman, his team deserved more and should’ve been awarded a first-half penalty after James Maddison’s shot struck Marvlous Nakamba’s arm. Rodgers accepted his defeated gracefully and told that the team needs to move on and start looking up to the upcoming games.