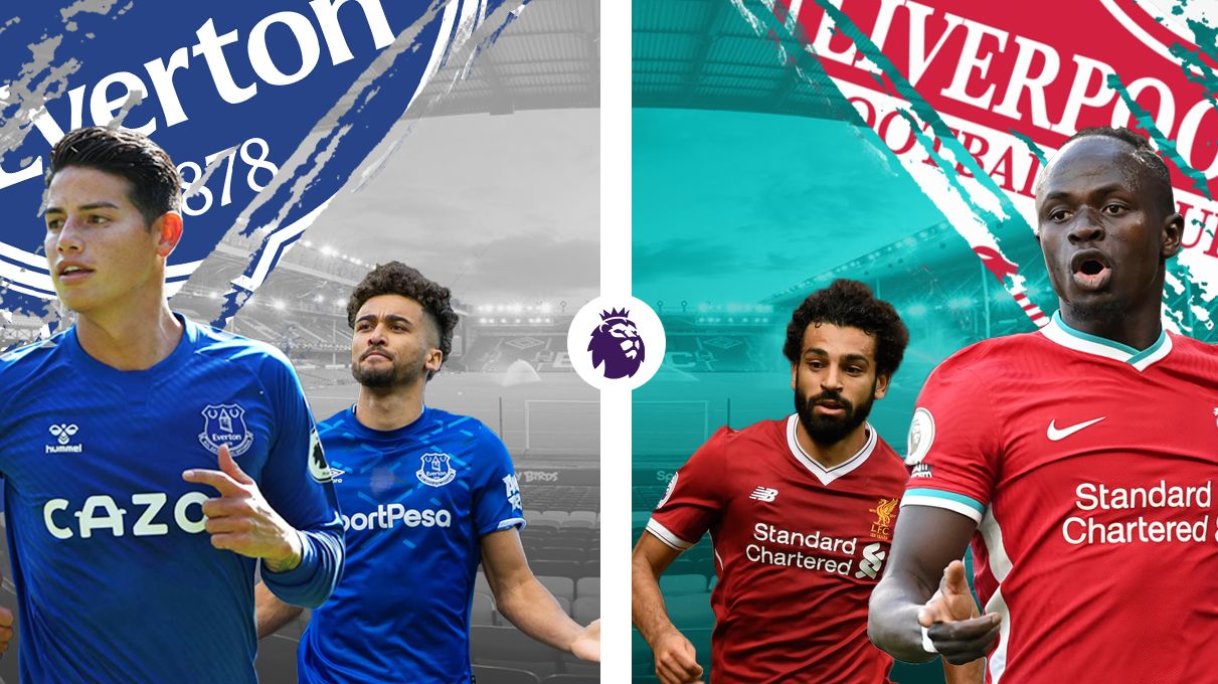 The premier league couldn’t have chosen a better fixture to resume the weekend action after a two-week international break. Everton will host Liverpool in the 288th Merseyside derby in the lunchtime kick-off on Saturday, 17th October 2020.

Jurgen Klopp’s side would be looking to bounce back from their 7-2 humbling by Aston Villa a couple of weeks back. This fixture presents a perfect opportunity for the reds to erase their shocking loss at Villa Park.

Saturday’s Merseyside derby also marks the 5th anniversary of Jurgen Klopp’s tenure at Liverpool. But a loss on Saturday would remarkably condemn them to consecutive Premier League defeats for the very first time under Klopp, but they could hardly face a more difficult test at this time.

Everton on the other has set the pace for the season with a perfect start to their campaign, winning all four of their premier league games so far.

Thiago Alcantara and Sadio Mane have recovered after testing positive for COVID-19, while Joel Matip is also back in training after missing more than a month due to a thigh problem.

Alisson Becker, though, is ruled out with a shoulder injury, while Alex Oxlade-Chamberlain is set to take a few more weeks to recover from a knee problem.

The Reds will also welcome skipper Jordan Henderson back to their starting XI after he proved his fitness by playing a part in England's UEFA Nations League matches during the international break.

The last three Merseyside Derbies at Goodison Park have all ended in goalless draws. History favors Liverpool as they have been unbeaten against their cross-town rivals in their last 22 meetings in all competition. The last time Everton beat the reds was on the same day, 10 years ago, on the 17th of Oct, 2010.

The return of Sadio Mane will definitely boost the morale of the squad. His dynamic runs and attacking prowess is something. Coleman who has proved himself as a dependable right back in the premier league with consistent performances over the years will be looking to keep the Senegalese striker at bay.

Expect a tense afternoon at Merseyside with an evenly fought contest. Liverpool has had the upper hand over the toffees in their recent meetings. Hence, my prediction for the game will be Everton 1-2 Liverpool.