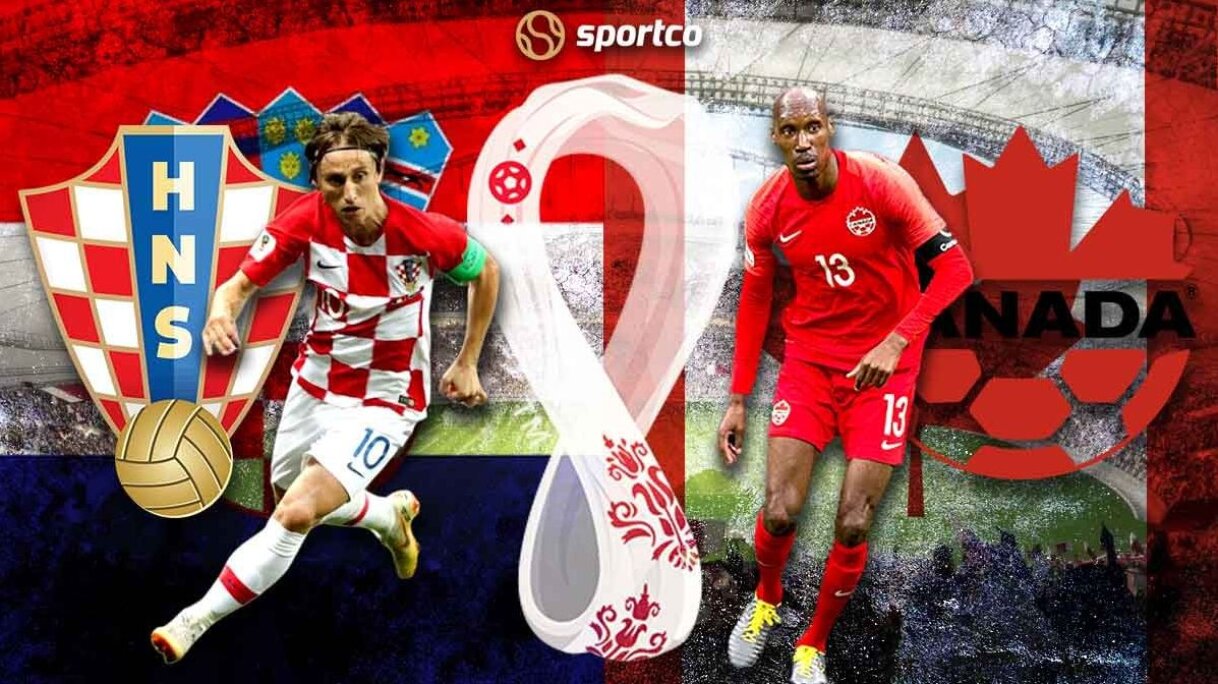 In a Group F affair, Canada and Croatia are up against each other in a battle to secure the first win on Sunday at the Khalifa International Stadium.

Croatia, the last edition’s finalist started their FIFA World Cup in Qatar with a goalless draw against Morocco. Modric and Co. are now up against the Canadian challenge to which the 2018 finalist fancy their chances.

However, Croatia’s head coach Zlatko Dalic wasn’t pleased with his team’s opening match display, stating his side “lacked courage”. However, the point could prove vital given the nature of the group with all four teams, Belgium, Croatia, Morocco, and Canada having their metal to bid for the top two spots. Belgium however, are clear favorites to secure the top spot, nevertheless, the second spot is up for taking for the rest.

After the draw against Morocco, Zlatko Dalic’s side are on an unbeaten streak in all tournaments to seven matches, suffering just a single loss in the last 17 matches since Euro 2020, beating teams such as France and Denmark in the process. The defense led by former Liverpool man Dejan Lovren has been in superb form as he displayed his resilience in keeping the Croatian backline intake to preserve the clean sheet against the African side.

On the other hand, the CONCACAF side Canada started off their World Cup campaign against Belgium, where they dominated the game, but in spite of their good show on the pitch they ended up losing the game by a single goal. Alphanso Davies had the chance to be the World Cup hero for his nation, as the Bayern Munich left-back saw a 10th-minute penalty, only saved by the 2018’s Golden Glove winner Thibaut Courtois.

Canada’s head coach John Herdman will take a lot of positives from the game, as his side displayed a vigilant effort against the Golden Generation of Belgium, posting three shots from 22 attempts, but lacking in converting those chances. Moreover, another loss against their upcoming opponent Croatia would mean they will be out of Knockout contentions, as they still search for their first win in World Cup in thirty-six years.

Previously, the Canada coach, made a controversial statement, stating his side will “F Croatia” making it already a crazy affair, as spectators await an intriguing meeting between the sides.

Croatia vs CanadaHead to Head

Both Canada and Croatia will meet for the very first time, as Canada making their first World Cup appearance since 1986. The CONCACAF side has lost all four games in the FIFA World Cup games, moreover, yet to score a World Cup single goal in a total of 50 shots they took.

No team has played more finals matches (four) without ever finding the net, only Bolivia registered a five fixtures goalless record.

Meanwhile, Croatia, are winless in their last five World Cup games, with three games decided on penalties. However, against Morocco it was the first time, Croatia failed to score in a game at the FIFA World Cup.

Croatia are concerned with forward Nikola Vlasic, who came off the halftime in the opening game with discomfort. With Vlasic’s uncertainty for Sunday’s meet with Canada, either Mario Pasalic or Mislav Orsic would be called by coach Zlatko Dalic.

Besides Vlasic, there are no fresh injury concerns for Modric and Co. as not much change is anticipated from the starting lineup for Sunday.

Coach Herdman has no injury concerns going into the game, as not much of a change in the lineup is expected on Sunday. However, forward Cyle Larin would be anticipating a return to the starting lineup in place of Junior Hoilett.

Meanwhile, captain Atiba Hutchinson is set to feature for the 100th time for the Canada National team, as the Besiktas midfielder will become the first player from his nation to do so. However, Ismael Kone and Jonathan Osorio are also in contention to play in the midfield in case the 39-year-old captain needs a break.