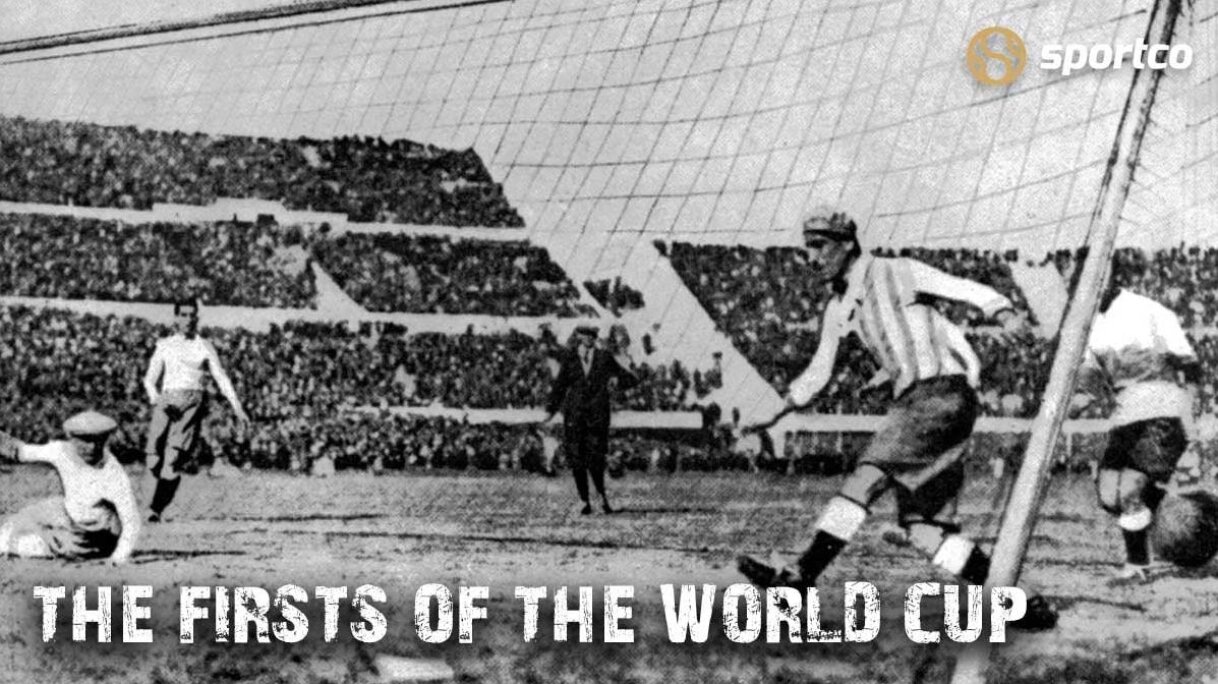 FIFA World Cup is set to kick off as the 22nd edition of the biggest sporting event to take place in November 2022 in Qatar. 32 teams from all over the world will fight to be crowned champions of the largest sporting extravaganza in the world.

In the 92 years history of the tournament, the upcoming 2022 World Cup will be played in the months of November and December. Previously, the last 21 editions were played between May and the end of July. FIFA finalized the decision in 2015 to play in the northern winter season to avoid Qatar’s scorching heat, despite several European bodies being against the decision.

Furthermore, since its first event in 1930, Qatar is the first Middle East Nation to host the World Cup.

The World Cup is full of firsts, so let's take a look at some of the FIRST events in the first-ever World Cup.

The inaugural edition of the FIFA World Cup was held in Uruguay, from 13 to 30 July 1930. It was the time when the economic depression had hit Europe, and travel expenses were the biggest concern for the teams, it was a time when footballers playing for a living was not normal. Just three European nations were sent to Uruguay, as major European teams such as England, Hungary, Italy, and Spain were absent from the tournament.

The host Uruguay was the favorite going into the event as the tournament spiced up with the rivalry between the host nation and their close rivals Argentina. The Brazil national team had not yet become the powerhouse as the team arrived ill-prepared.

Yugoslavia and USA surprisingly topped their respective groups, however, both were defeated by Uruguay and Argentina respectively in the semi-finals to face each other in the high-octane game of the final. In the presence of over 80,000 people at Estadio Centenario in Montevideo (the attendance figures are debated, several reports suggest different figures), Uruguay pulled off an empathic victory to win 4-2 over Argentina.

The first player to score a goal in a World Cup match was Lucien Laurent of France in the 19th minute of the first match between France and Mexico on 13 July 1930.

The first player to receive a sent-off was defender Placido Galindo of Peru in the 54th minute of the game against Romania on 14 July 1930. Later Romania won the game 3-1.

The first player to score an own goal was Mexico's Manuel Rosas in a match against Chile on 16 July 1930.

The first penalty kick taken in World Cup history was by Chile's Carlos Vidal, as Chile were up against France on 19 July 1930. However, in dramatic circumstances Alexis 'Alex' Thepot, the goalkeeper of France saved the shot becoming the first goalkeeper to save a penalty in a World Cup match.

The first player to score a penalty was Mexico's Manuel Rosas, who previously booked his name in the record books for the first-ever own goal in the World Cup.

The first player to score a hat trick in a World Cup match was Bert Patenaude of the United States, playing against Paraguay in Estadio Gran Parque Central, Montevideo, Uruguay. However, until 2006, wrongly Argentinian Guillermo Stabile was credited with being the first player to hit a hat-trick in a World Cup match having scored three times in his country's 6-3 victory over Mexico on 19 July 1930, two days after Patenaude.

The first player to get substituted in World Cup due to injury was goalkeeper Alex Thepot of France. In a mishap, the goalie was kicked by a Mexican player in the jaw in the opening game, as he was replaced by teammate Augustin Chantel, a midfielder.