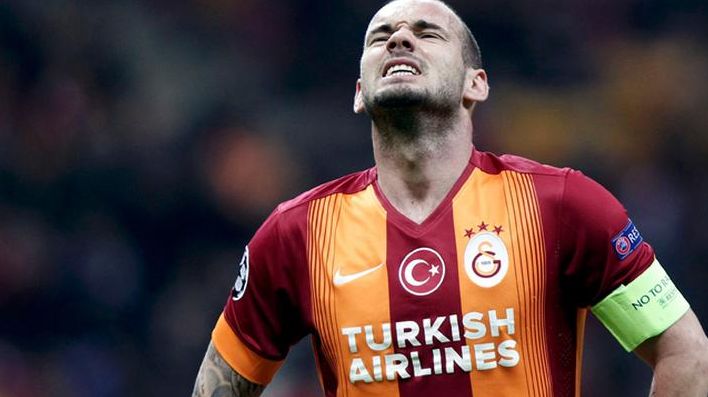 Five top footballers who should have won the Ballon d’Or

The Ballon d’Or is a football award presented annually by France Football, a reputable French weekly magazine. The top footballers in the world vie for the coveted award, and are chosen on voting by football journalists. For a brief period between 2010 and 2015, the award was temporarily merged with the FIFA World Player of the Year, and that practice has been reverted back. Let us have a look at the five top footballers who should have won the prestigious Ballon d’Or.

One of the finest strikers to have played the beautiful game, Thierry Henry was at his brilliant best during the 2003-04 season. Being the lynchpin in the Arsenal team that finished unbeaten and had earned the ‘Invincibles’ tag, Henry scored an incredible 30 goals in the league campaign. The 2004 Ballon d’Or went to AC Milan forward Andriy Shevchenko whose tally of four goals from 11 appearances was nothing compared to Henry’s seven from 12 appearances in Europe. The previous season, he was pipped by Pavel Nedved for the award, who had in fact admitted that Henry should have been the winner. The Ballon d’Or remained elusive for the Frenchman.

The former England captain was in his elements during the 1998-99 season in which he oversaw Manchester United’s most successful season under Sir Alex Ferguson. In 1999, Beckham won the treble with United, adding the Premier League, the FA Cup and the UEFA Champions League to his trophy kitty. The quintessentially underrated player that he was, his distribution of the ball and set-piece prowess were second to literally none. UEFA rightly named him as the Best Player in Europe, but it was Rivaldo, the Brazilian player who played for FC Barcelona, who bafflingly was crowned with the Ballon d’Or.

The French winger is a delight to watch, on his days, with his slick movement and razor-sharp vision. However, in 2013, despite playing the most vital role in his club Bayern Munich’s treble triumphs in the Bundesliga, DFB Pokal and the UEFA Champions League, and being named on the three-man shortlist for the honour, Ribery finished a distant third and was outclassed surprisingly by the Portuguese and Real Madrid talisman Cristiano Ronaldo. The Frenchman later came out, saying it was daylight robbery and that he believed the French people played a negative role. It shook the football world to no end that Ribery was not awarded the Ballon d’Or.

A genius at work on the football field, Andres Iniesta was a thorough gentleman who represented the Spanish national team. He was at the peak of his powers while playing for FC Barcelona under the able tutelage of Pep Guardiola. However, he was shockingly at the receiving end of a major misfortune as his Barca counterpart Lionel Messi was awarded with the trophy. The playmaker was the driving force behind Barcelona’s brilliant season, and was also the architect of Spain’s European Championship success. France Football later apologized to Iniesta, on him having missed out with the honour.

The Dutch midfielder’s Ballon d’Or snub has been well documented in the sense that there was a massive outcry over the award going to Lionel Messi in the year 2010. It was an year in which Sneijder had almost single-handedly won Jose Mourinho’s Inter Milan the treble, with the Nerazzurri winning the Serie A, Coppa Italia and the UEFA Champions League. He was pivotal in Netherland’s surge to the final in the 2010 World Cup in South Africa too. In a surprising turn of events, he was not to be seen even in the three-man shortlist, with the Barcelona trio of Messi, Iniesta and Xavi being named above him. Xavi came on record, saying it was a fantastic year for the Dutchman and that it was blatant injustice that he missed out.