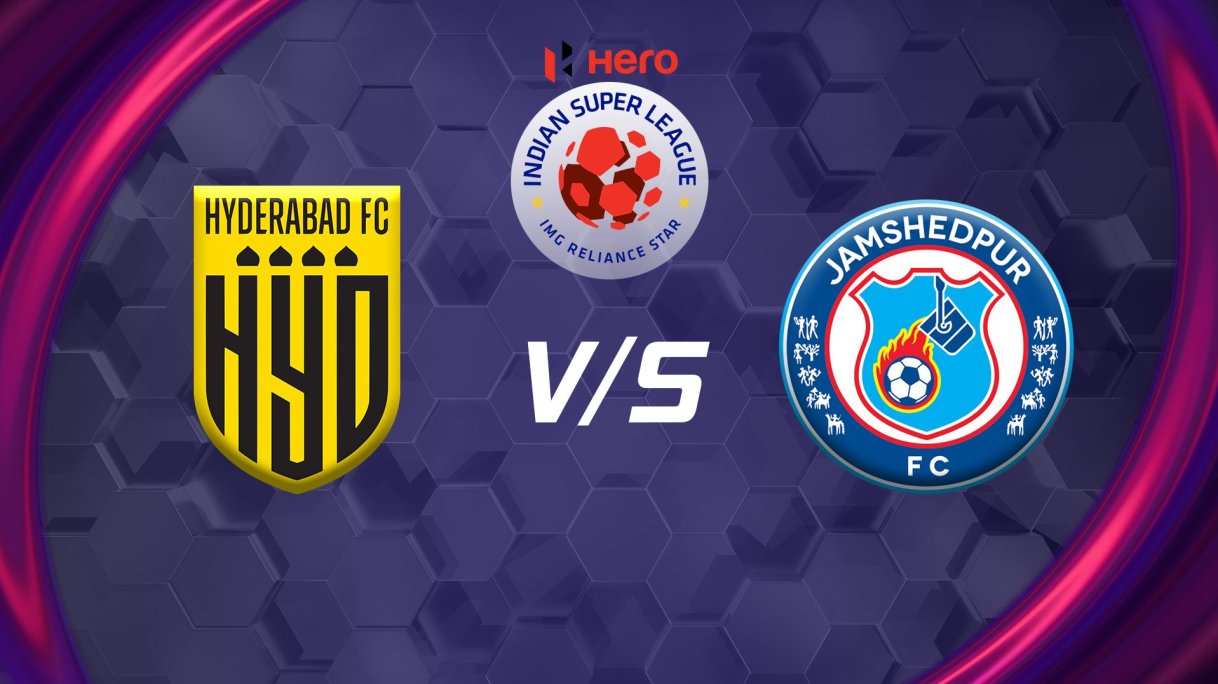 Hyderabad FC host Jamshedpur FC at the Tilak Maidan on Wednesday in what is expected to be an entertaining affair in the Indian Super League.

The Nizam's defense will be tested by the attack of the Men of Steel. Hyderabad has had a more than decent start to their season this year, and they are yet to be beaten.

Hyderabad FC has grabbed four points from their first two games and they would want to carry the momentum in the later games as well. They are one of the only two teams who have still not conceded a goal this season, and that boasts how strong their defense is.

On the contrary, Jamshedpur FC has managed to claim only one point out of a possible six as a result of a loss against Chennaiyin FC and a draw against Odisha FC.

The club will be eager to put their journey back on track after opting for a complete build over this term.

The two sides have faced each other only on two occasions previously, and the records are in favor of Jamshedpur, who have managed a victory in one and a draw in the other.

Things are not in place for Hyderabad FC as they have a lot of key players out due to fitness concerns before the start of the season. Knocks to Joel Chianese and Lluis Sastre against Bengaluru FC would have haunted the Nizams.

For Jamshedpur FC, Peter Hartley will be a doubt for the game as he played through the injury in the last game. Narender Gahlot did not feature in the last game so there are chances that he may get some minutes in this one.

Their keeper Rehenesh TP will be unavailable due to a red card he received against Odisha FC.

Hyderabad FC is unbeaten in their last four games.

Hyderabad has scored six in their last three games while Jamshedpur has scored three.

Jamshedpur has not won a single game out of their last eight games.

The left-back has earned a lot of attention this campaign and his coach Manolo Marquez has already hailed him as one of the best full-backs this season.

He is a threat while on the offensive too.

The Lithuanian striker earned the Golden Boot in the 2019-20 season and therefore, he was bought by the Tata Steel-owned outfits this season.

He has scored three goals in two games including a vital brace in their last game.

The game could go either way as both teams would try to draw first blood in this season. Both teams would not be satisfied with a draw and let's see who uses their strength to the maximum of their abilities.