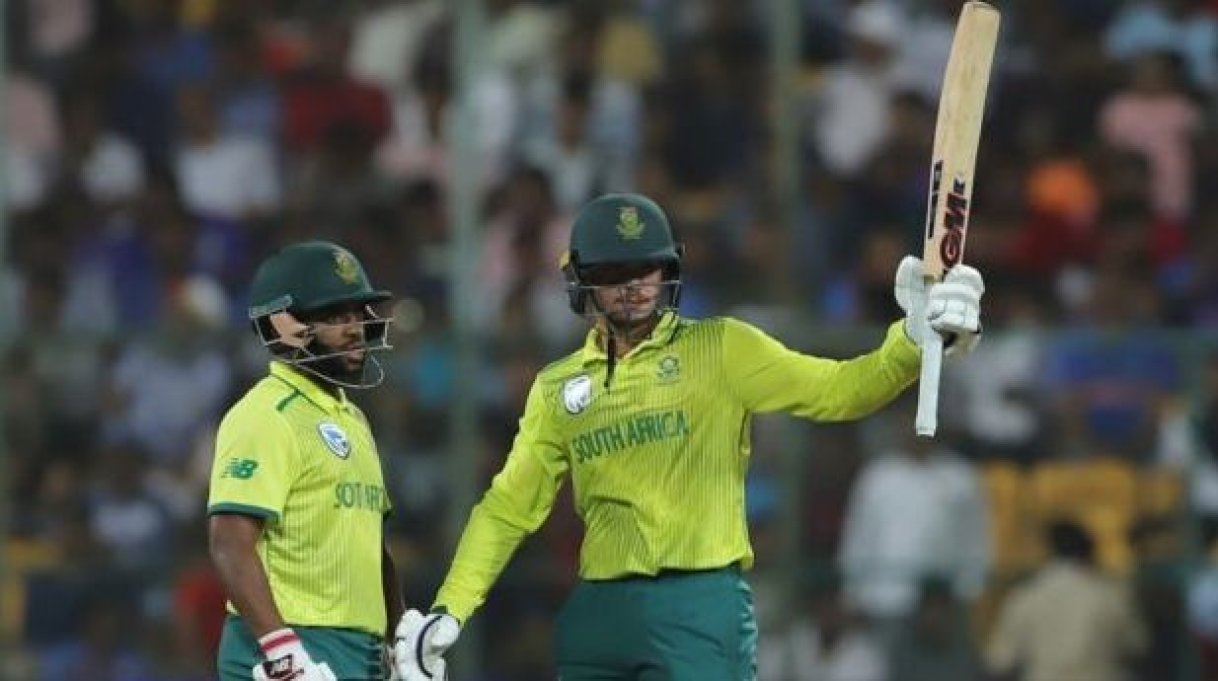 The first thing that comes to everyone's mind when they think of Chinnaswamy stadium is the run-fest and how it favours the chasing teams. Today wasn't a different day as the visitors South Africa went on to level the series by chasing 135 on the back of De Kock's brilliance.

Kohli, when opted to bat first, did surprise many but the captain of the Indian team had his own reasons.

With World Cup only months away, Kohli wanted to see how his team will cope up, especially the bowlers and the middle-order.

The Indian batters did not turn up well today as the team kept losing wickets at regular intervals after a brisk start.

South African bowlers started poorly by giving away freebies, but they came back into the game soon to pick wickets at the right time.

Rohit Sharma who found it difficult to time the ball did score two boundaries for his nine but got out once again to a left-arm pacer. Beuran Hendricks did the trick for South Africa.

Rohit's wicket did not stop Shikhar Dhawan while Virat Kohli found it difficult to time the ball. However, both the players fell in quick succession.

Shreyas Iyer and Rishabh Pant had the opportunity of the life-time to score big today and seal their spot but both the players couldn't capitalize.

A little contribution from the lower-order took India to 134. Pick of the bowlers for South Africa was Beuran Hendricks who gave away just 14 and picked two wickets. Also, Rabada had three wickets to his name but was expensive.

In return, South Africa played as if they were playing on a different surface, with Quinton de Kock leading from the front.

De Kock not only was timing the ball well but also, did well to choose which bowlers to target. He scored 79* off 52 with six boundaries and five sixes to his name.

De Kock had help from Reeza Hendricks who played more of an anchor role to De Kock, scored 28 off 26.

The blame goes to the Indian batters for their poor shot selection and for not analyzing the pitch well and alter their approach accordingly.

Also, the Indian bowlers did not do their home work right, for example, Navdeep Saini was seen bowling short balls to De Kock who is good at pull shots.

Of course, it was a great knock from De Kock, but from the Indian side, things could have been better.

For South Africa, this must be the reward for training hard. Right from the day the team landed at Bengaluru, South Africa had full squad training whereas India opted for optional training.

Most T20I matches for India:

Two in Two: Beuran Hendricks has got better of Rohit Sharma in T20Is

Quinton De Kock also brought up his 1000 runs in men's T20I, became the sixth South African batter to do so.