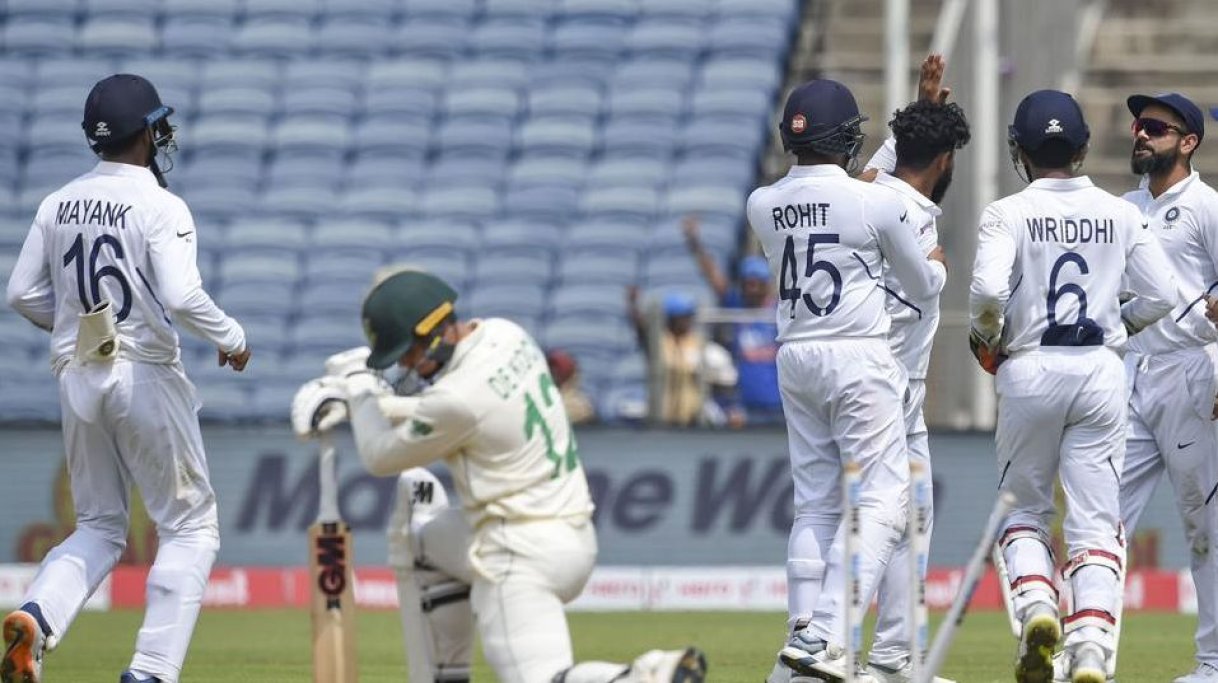 India secured another Test win on their home soil after taking down South Africa in the second Test of the three-match Test series in Pune.

India’s win by an innings and 137 runs ensured an unassailable 2-0 lead for the hosts. This was a historic victory for Virat Kohli and his men as they claimed their 11th series win on the trot at their home turf, going past Australia’s track of 10 Test series wins at home.

It was a dominating display of skills from India throughout the entire course of four days. On a pitch which gave equal opportunity to both the teams, South Africa were rendered helpless and were no match for India in any of the departments.

Going ahead, a new challenge awaits the visitors as they look to draw curtains on their India tour with a win to at least bag 40 points on offer in the World Test Championship. However, it will be a daunting task for Faf du Plessis and co. to beat India in conditions that have proved to be their nemesis.

The third and the final Test between the two sides will be played in Ranchi from October 19. If the first two Tests gave us any signs for things to come, another thrashing by the hands of Indians won’t be a surprise for the visitors even at Ranchi. If India can end the series with a win, this will be the seventh occasion since 2013 in which the Men in Blue claim a clean sweep victory on home soil.

The pitch at JSCA in Ranchi might yet again be conducive to spin bowling. So far in the series, the two venues have offered great Test pitches, while Ranchi can be expected to be the most spin-friendly surface in the entire series.

It will once again be a test of patience and technique for the visitors as they look to rectify their batting failures from the two Tests.

India might consider a change by bringing in another spinner in place of Ishant Sharma, who has struggled to find his rhythm and line in the whole series. As a result, Kuldeep Yadav might get a game after waiting on the benches for the first two matches.

South Africa will have a problem of plenty. Their batters have been found wanting against India’s all-round bowling attack, while bowling has been a huge let down with their ineffectiveness in the entire series. They might want to strengthen their batting order by giving an opportunity to their talent on the bench.