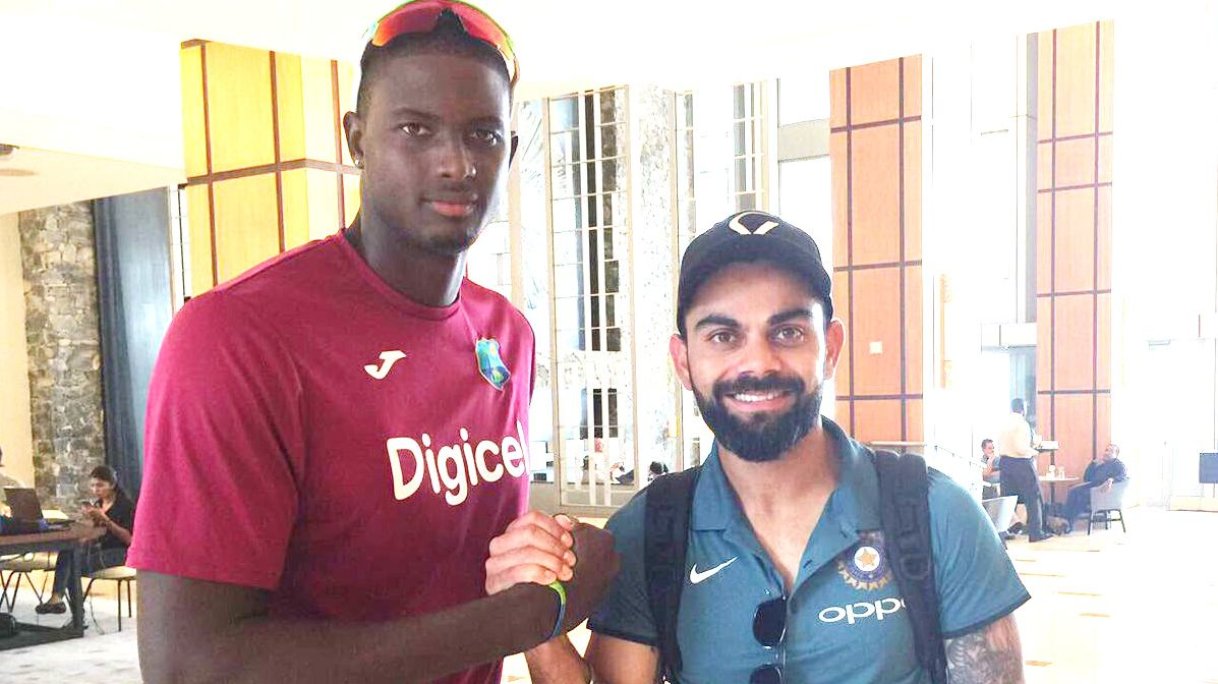 The world's number 1 Test team- India begin their campaign in the World Test Championships clashing with the West Indies in their own backyard tomorrow.

Kohli and his men had an easy outing in the T20 series and ODI series winning 3-0 and 2-0 respectively. This ruthless performance will boost the confidence of the team ahead of the test series.

A good beginning will set things on the right path in the short two match series. The test format is the ultimate challenge as it will tire out the players physically and mentally over five days.

The West Indies team look unsettled at the moment with their last win coming against India 17 years ago.

With Ajinkya Rahane, Rohit Sharma, Hanuma Vihari, Ishant Sharma and Kuldeep Yadav finding some form in the warm-up match, the team management will be relieved as they look out to iron out the flaws.

The extension of Shastri's coaching term is great news for the team considering the results produced and the rapport built with Kohli and other senior players.

Since the Antigua pitch assists spinners, Ashwin will be looking to deliver maximum damage to the West Indies batting line up with support from either Jadeja or Kuldeep.

On the batting lineup, Mayank Agarwal will look to stake a permanent spot in  the squad in the absence of out of form Shikhar Dhawan.

Kohli will also have a tough choice to choose between the hard hitting Rishabh Pant and the comeback man Wriddhiman Saha. He also has to decide between the 7-4 or 6-5 batting-bowling combination.

On the other hand, West Indies will look to take their shock win against England this year as an inspiration.

The Windies team wear unpredictability on their sleeves and anyone can step in on any day. The return of the experienced Kemar Roach is a big positive for them.

Talent is never short in the West Indies team and it all depends upon how they click  collectively when it matters against the experienced Indian team who love to thrive in tough situations.

With legends like Brian Lara and Ramnaresh Sarwan assisting the batsmen, they will look to deliver a consistent performance in the series. They need someone to spearhead the challenge while others need to hang around for long sessions.

History is also at stake for Virat Kohli as he will add another record in his name if the team wins the series 2-0 surpassing Dhoni's 27 test wins as the captain.

Dangerous pace and swing will be on display with both the teams equally balanced with Ishant, Shami and Bumrah for India while Roach, Gabriel and Holder for West Indies.

India's star-studded batting lineup is filled with players of great technique such as Kohli, Pujara and Rahane and Rohit. Everyone will be looking to make a valuable contribution in this series.

The presence of newcomer - the 6 foot 6 inch and 140 kilos - Rahkeem Cornwall will be a challenge for India as they have never played him before and his style of play is relatively unknown.

The fans will be praying to ensure that rain does not play spoilsport. Frequent showers can also significantly affect the momentum of the teams.

India will look for a smooth start while West Indies will look to bring some surprises and shocks.