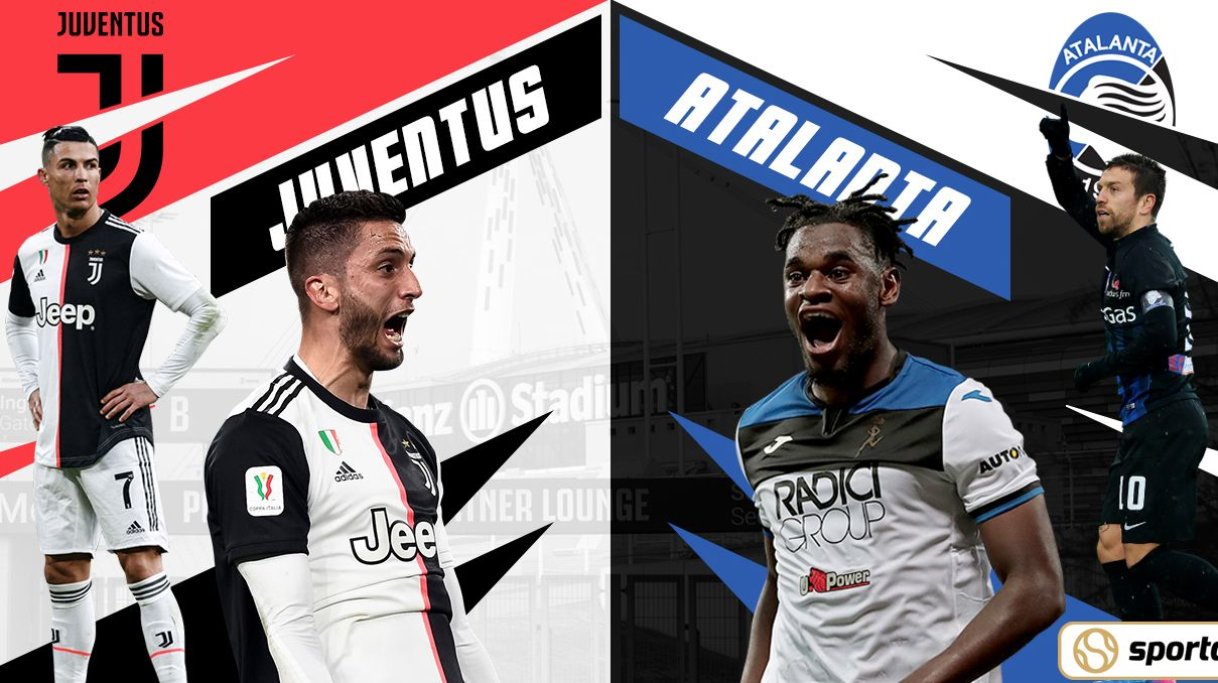 Juventus vs Atalanta: Serie A Preview and Prediction

After being at the receiving end of a 4-2 drubbing at the hands of AC Milan, Juventus have another hard game on their hands as they host high-flying Atalanta in Turin.

The Bianconeri have a comfortable seven-point lead at the top but their underwhelming performance against Milan will give Gian Piero Gasperini and Atalanta to take the game to the hosts.

Maurizio Sarri’s Juventus have won four of their last five Serie A fixtures. Thanks to this record and both Lazio and Internazionale faltering, a ninth successive scudetto is on the horizon for La Vecchia Signora.

Juventus’ last outing against Milan at the San Siro was less than ideal. Sarri’s men were cruising with a two-goal lead till the 62nd minute. Stefano Pioli’s men scripted a comeback for the ages as the Rossoneri scored thrice, via Zlatan Ibrahimovic, Franck Kessie and Rafael Leao, in a span of five minutes to turn the game on its head

Ante Rebic capitalized on a horrendous Alex Sandro error to add an insurance goal that guaranteed three points for a resurgent Milan.

Gasperini’s Atalanta have also been on a tear post-lockdown. La Dea have won five of their last five Serie A fixtures, including a brilliant 3-2 win over Lazio and a 2-0 win over Napoli. Overall, they have won nine straight games in the league.

Atalanta’s form has helped the club to occupy third-place, a point above Internazionale and two points behind Lazio. Their attack-minded football has been a treat to watch and with 85 goals, La Dea have been the highest scorers in the 2019-20 Serie A season.

Juventus have had the upper hand in the last six games (across all competitions) between both sides.

The Bianconeri have won three of the last six and drawn two. The fixtures have not been high scoring, as Juve have scored nine goals in this duration and conceded seven.

The reverse fixture in Bergamo this season resulted in a 3-1 win for Sarri. Gonzalo Higuain proved to be the star man for Juventus, scoring two and assisting Paulo Dybala, helping his team overcome Robin Gosens’ 56th minute strike.

Atalanta’s latest win over Juventus was in the 2018-19 Coppa Italia quarterfinals where they eliminated the record Serie A champions with a 3-0 win.

Juventus will be boosted by the return of Dybala and Matthijs de Ligt from suspension – two players they clearly missed in the loss to Milan.

Gasperini can call upon a fully fit squad which is further strengthened by the Jose Luis Palomino’s return from suspension.

After looking jaded in the first couple of games post lockdown, Cristiano Ronaldo has caught fire.

The Portuguese superstar has scored five times in all of Juventus’ last five Serie A games and also provided two assists. His strike against Genoa was one to remember as he launched a powerful long-range bomb that beat Mattia Perin.

He also ended his free-kick scoring drought in the Derby della Mole. This was CR7’s first free-kick goal for Juventus.

Mattia Caldara is definitely in an unenviable position. The Italian defender has come up big for Atalanta in recent games but containing Ronaldo will be his toughest challenge yet.

The former AC Milan defender has posted decent defensive numbers across the board and he’ll be looking to intercept passes released for Ronaldo in order to lessen the legend’s influence in the proceedings.

Juventus were missing Dybala’s dynamism and quickness in the loss to Milan and he is guaranteed to start in this important game.

The Argentine forward scored the last time these two sides met and he will be looking to make a positive mark again.

Dybala’s dribbling and decision-making in the attacking third make him a tough man to contain. He regularly drops deep to collect the ball - a characteristic that defensive midfielder Marten de Roon will try to nullify.

The Dutchman is a strong tackler and able reader of the game. His job will be to pressurize Dybala in possession and force errors from the Argentine. In addition to that, de Roon is capable of picking out a pass and has assisted five times in the league this season.

Gasperini has entertained fans with an offensive setup at Atalanta, run by the ephemeral talents of veteran Alejandro ‘Papu’ Gomez.

The Argentine attacking midfielder has been a creative juggernaut this season, leading the Serie A assists chart. He loves to move to the left and pierce defenses with his accurate through balls.

Leonardo Bonucci will have to maintain his concentration and discipline while dealing with Gomez. The Italian defender will have to curtail his tackles against the dribbling skills of Gomez, as the latter is also a fabulous set-piece taker.

More importantly, Bonucci and de Ligt will have to cover the angles in order to prevent Gomez from either picking out Duvan Zapata and Ruslan Malinovskiy or taking a stab at goal himself.

The 2019-20 Serie A’s best defensive side against the best offensive side. This promises to be a cracking game.

Juventus had been in cruise control since the resumption of football but their loss to Milan has exposed some fundamental problems under Sarri.

Atalanta, with their glorious attacking football, are likely to cause Juventus a lot of trouble in this match. Unless the Bianconeri defense is able to sort out the communication gaps seen in the loss to Milan, Atalanta will have a great time in the opposition half.

I see Juventus and Atalanta sharing points in what should be a high-scoring game. Juventus’ squad quality will prevent a loss but Gasperini is likely to have a better gameplan than Sarri in this one.