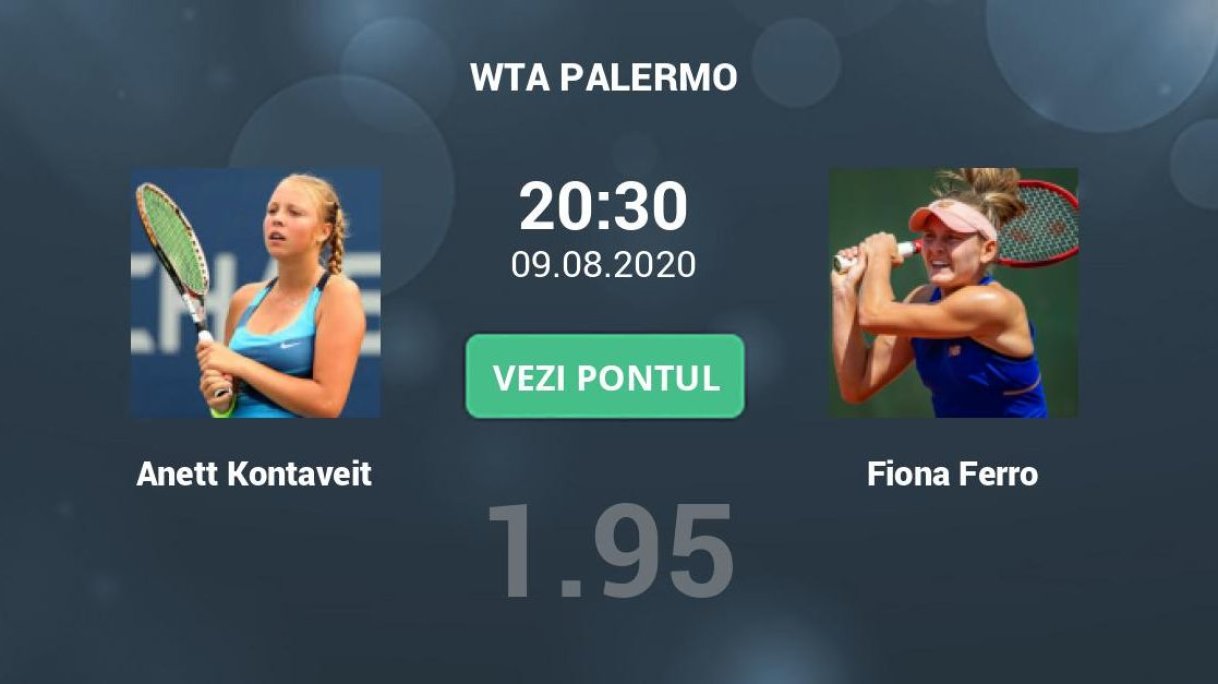 After a gap of more than four months due to the pandemic, competitive tennis began with the Palermo Open. Despite a player testing positive for the virus, the tournament has been conducted smoothly without any fears.

Fourth seed Anett Kontaveit began her campaign with a comprehensive win over Patricia Maria Tig. The Estonian clocked an impressive winning percentage of 74 on her first serve and slammed five aces. In the pre-quarterfinals, Kontaveit lost the first set 6-3 to Laura Siegemund. Despite the minor blip, she came back strong to win the next two sets 6-2 6-2 to pocket the match.

Though the World number 22 committed five double faults, she snatched control from the German by converting six out of 11 breakpoints.

The Estonian went through the rigors of another three-setter in the quarterfinals. Facing Italian Elisabetta Cocciaretto, Kontaveit won the first set 6-1. However, the World number 157 pegged things back winning the second set 6-4. In the decider, Kontaveit used her experience to win it 6-1.

In a battle against the top seed, the Estonian came out on top defeating Petra Martic 6-2 6-4 in the semifinals.

Kontaveit slammed 31 winners and used the effectiveness of her baseline game to stun the World number 15.

On the other hand, Fiona Ferro has been having a dream run in this tournament. The French girl commenced with a straight-set demolition of Nadia Podoroska in the round of 32. She trounced the eighth seed, Ekaterina Alexandrova 7-5 6-2 in the pre-quarterfinals. The World number 53 had a high winning percentage of 78 on her first serve.

Despite facing a former two-time Palermo champion, Sara Errani in the quarterfinals, Ferro showed no signs of nervousness. The 23-year old dished up another spectacular performance beating an erratic Errani 6-4 6-1.

Taking on another Italian in the semifinals, Ferro started slowly losing the first set 6-2 to Camila Giorgi. However, she drew level winning the second set 6-2. In a titanic tussle in the third set, Ferro clinched it 7-5 to book her place in the finals.

Both Kontaveit and Ferro will be looking to win their second WTA title.

Kontaveit defeated Ferro in the only time they played each other in 2016.

While Kontaveit will be relying on her big-match experience, Ferro will depend on her clay-court prowess to have any chances of an upset.