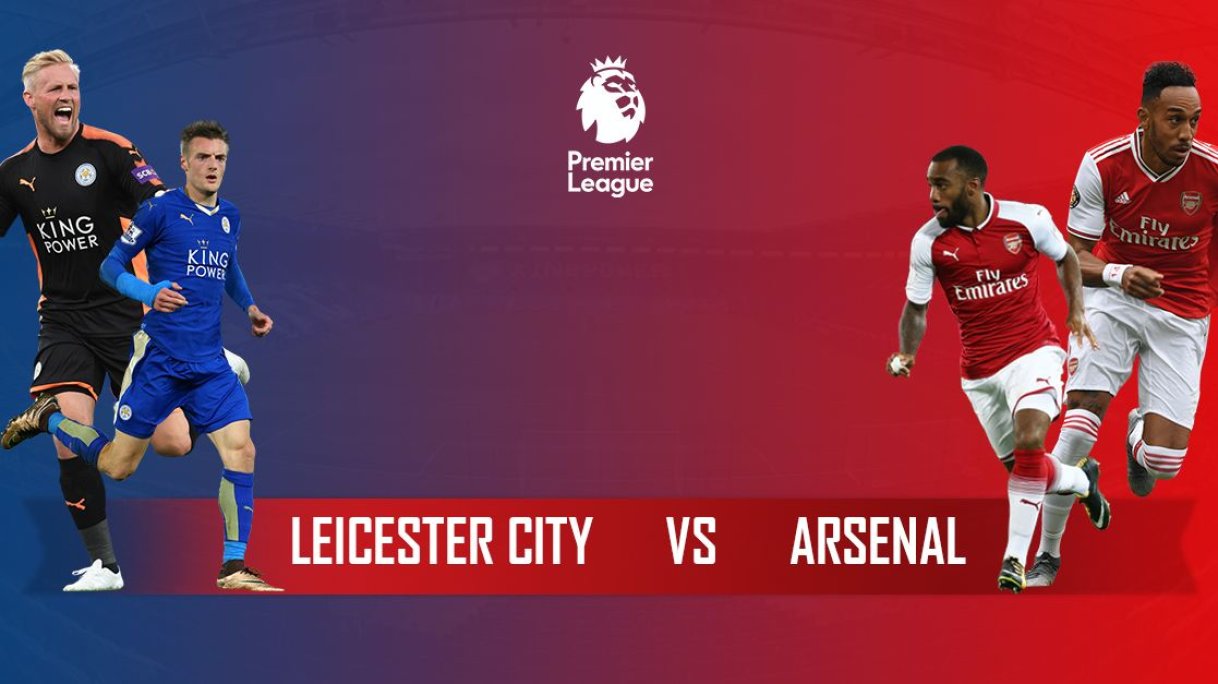 2015-16 Champions Leicester City host the Gunners in a mouth-watering contest in the English Premier League.

The Foxes are on the verge of another record breaking season as they sit third in the Premier League table after 11 games. Jamie Vardy has been the star of the show as the Foxes have put in some breathtaking performances in what is slowly looking like a serious title challenge.

They are playing an attractive brand of football after the appointment of Brendan Rodgers. The 2015-16 champions have scored 27 goals so far and also recorded the biggest Premier League win in the process when they thumped Southampton away from home.

The Foxes are no one trick pony as they are solid at the back with a settled defence. They have conceded only eight goals so far, which is the least in the division. The back-line is also contributing in attack with four goals to their name.

The Gunners, on the other hand, have been mediocre so far this season. Their away form has been abysmal, to say the least, with only one win coming on the road so far, and that too on the opening day of the season.

The London-based club sits fifth in the Premier League table, with four wins and five draws. There has been a series of underwhelming results which hasn’t bode well with the supporters and experts alike.

The Unai Emery led side last won a league game at the start of October and for the first time Leicester will start as the favourite in this fixture. Playing away from home wouldn’t help matters either.

New additions such as Nicolas Pepe and Kieran Tierney are still to come into their own. Whereas, the over-dependency on the Gabon international Pierre-Emerick Aubameyang may come back to haunt them.

Brendan Rodgers has no injury concerns and he may start the same eleven, which beat Crystal Palace last weekend. Matt James is the only long term absentee.

For Arsenal, Dani Ceballos is a minor doubt for the clash. Emery tend to start with only one of Aubameyang and Lacazette in crucial away fixtures, and he may continue with that system.

Granit Xhaka, who has been stripped off the Arsenal captaincy may miss out again. Lucas Torreira and Matteo Guendouzi will then start in the middle of the park for Arsenal.

The Leicester City hitman has been in breathtaking form this season. The 32-year old is the leading scorer in the league with 10 goals and there is no stopping him when he is full flow.

Vardy is one of the most dangerous strikers to deal with because of his speed and relentless pressing. He likes scoring against the Gunners, which is evident by his eight goals in eight appearances against them.

Sokratis has learnt the tricks of the trade from some of the world's greatest defenders such as Alessandro Nesta and Thiago Silva, when he was at AC Milan. The Greek international will have to bring all his experience and skill-set to the fore if he has to contain the marauding number nine of Leicester.

The tenacious defender lack in pace, but his reading of the game is second to none. He has to be at his absolute best to not let Vardy through on goal, because if he does, Arsenal’s chances of getting a positive result would vanish into thin air.

The England international, Chilwell has been one of the most consistent performers in the league for some time now. The 22-year old has been on the radar of Pep Guardiola, which tell a lot about his rising stature in world football.

The left-back adds another dimension to Brendan Rodger’s side with his surging runs into the opposition half. He would have to be careful in this occasion and time his runs to perfection because of the threat of Arsenal’s record signing, Nicolas Pepe.

The season didn’t start well for the former Lille man but he is slowly and steadily coming into his own in his first season with Arsenal. Recently, he scored two sumptuous free-kicks in a Europa league encounter to win the game for his team. This may well be his chance to repay the faith shown in him by Emery.

The Ivory Coast international is not to be taken lightly as he has all the talent and skill in the world to hurt the opposition. Chilwell has to be on his toes and wouldn’t want to leave too much space behind for Pepe to utilize.

This will be an entertaining battle between the two youngsters on the wings. It will be interesting to see if Rodgers instruct Chilwell to contain his natural aggression a bit or just let him play his game.

Leicester City is the form team coming into this clash. The Foxes are also playing at home,where they are unbeaten this season.

At the same time, Arsenal are in a bit of a rut at the moment and this match couldn’t come at a worse time. But, this could be an excellent opportunity for the Gunners to turn the season around with a positive result at the King Power stadium.

The Brendan Rodger’s side has won their last four games at home and have also scored at least two goals in them. Leicester attackers may well have a feast, considering the defensive frailties of the Gunners.

If Arsenal win, they will inch closer to Leicester in the table with only a three-point difference. The Gunners have a lethal front-three, and if Emery choose to unleash them, we are in for some entertainment.

Considering all the facts in place, Leicester are in a better position to take three points from this game. Arsenal have to be very careful about not conceding first, because if they do, they will be in for a rough ride.

At the same time, Gunners have lost their last two visits to Leicester and the trend may well continue.