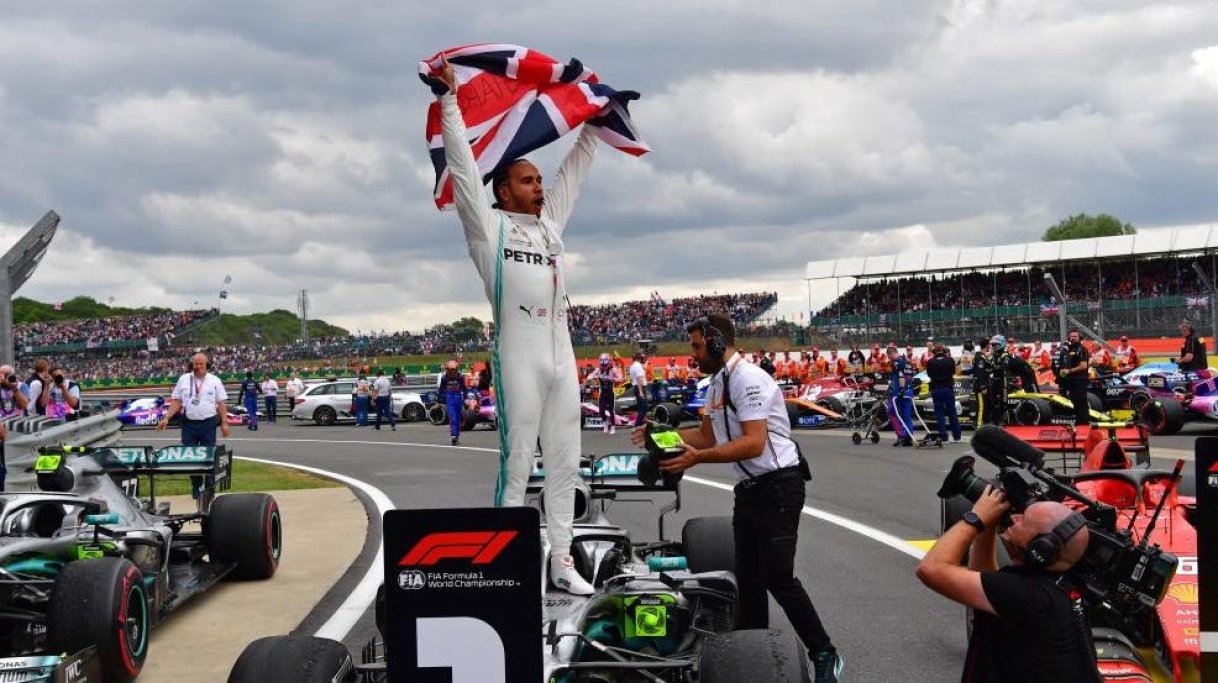 Lewis Hamilton made the most of a favourable safety car intervention on Sunday to claim a record sixth British Grand Prix victory at a packed Silverstone.

The Briton moved 39 points clear of the Finn behind in the title race, but Bottas was unlucky with the timing of the safety car which effectively gave Hamilton a free pit stop.

Charles Leclerc of Ferrari was third. Pierre Gasly finished fourth ahead of his Red Bull team-mate Max Verstappen, whose race was compromised by a late collision when Sebastian Vettel of Ferrari drove into him, and Carlos Sainz of McLaren.

It was Hamilton's seventh win in 10 races this year and the 80th win of his career. He had shared the British Grand Prix record of wins, on five, with fellow-Briton Jim Clark and Frenchman Alain Prost.

Daniel Ricciardo was seventh for Renault ahead of Kimi Raikkonen of Alfa Romeo, Daniil Kvyat and his Toro Rosso team-mate Alex Albon.

The safety car was deployed when Antonio Giovinazzi spun into a gravel trap in his Alfa Romeo – gifting Hamilton a 'free' first, and only, pit stop. The luckless Bottas, on a two stop strategy, had already pitted before the incident.