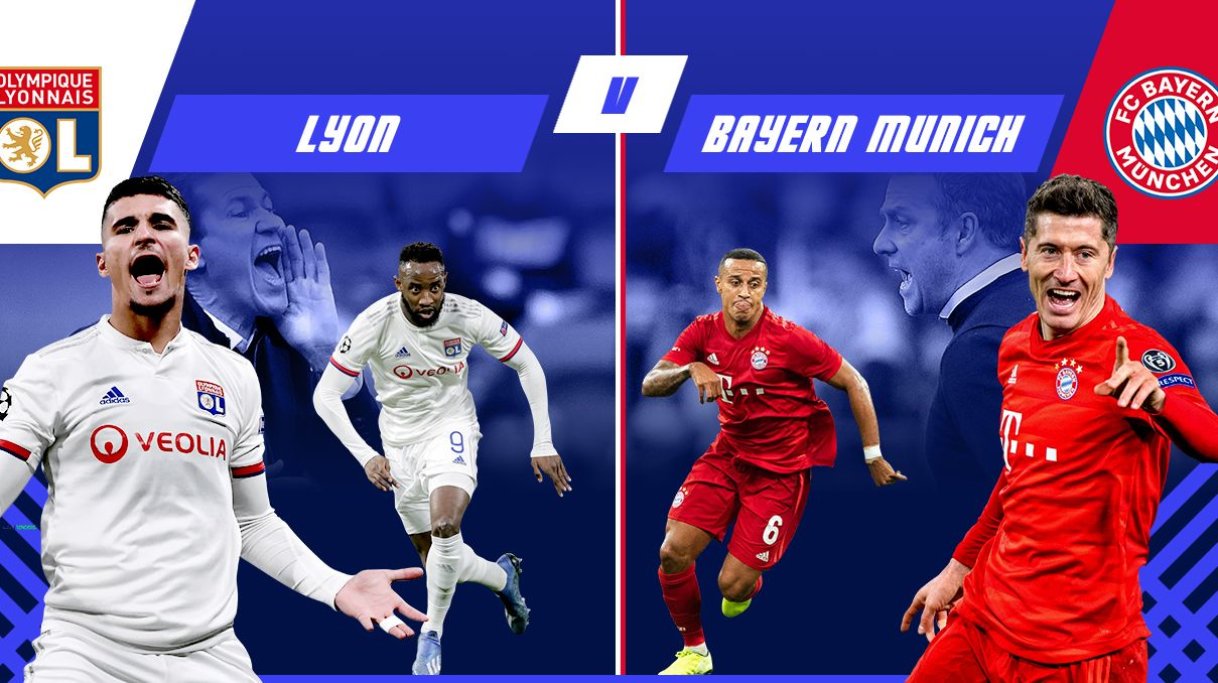 The Estadio Jose Alvalade will play host to a rampant Bayern Munich going up against a resilient Olympique Lyonnais in the second semifinal of the 2019-20 Champions League.

This will be Lyon’s second Champions League semifinal appearance in club history. They reached this stage previously in the 2009-10 season where, coincidentally, they met Bayern Munich who progressed with a 4-0 aggregate score. That Bayern Munich side fell to Internazionale in the final as the Nerazzurri completed their first treble.

Bayern Munich assert themselves as favorites

Bayern Munich were the favored side in that contest but no one expected them to destroy the Catalans like they did.

The midfield and attack, all were in perfect sync as seven different Bayern Munich players (eight if you count David Alaba’s own goal) put their names on the scoresheet. Not only that, but all eight goals were also assisted by eight different players. You cannot ask for a more complete performance than that.

Both Thomas Muller and Philippe Coutinho scored twice and Robert Lewandowski also got his 14th Champions League goal of the season. The Pole is three away from matching Cristiano Ronaldo’s record of 17 in the 2013-14 season.

Lyon cannot be written off

Bayern Munich are the overwhelming favorites in this semifinal but Rudi Garcia’s Lyon cannot be underestimated.

Les Gones eliminated Italian champions Juventus and Pep Guardiola’s Manchester City en route to this stage. Their disciplined approach surely has helped them overcome Europe’s elite and writing them off would be a mistake.

Lyon were slightly fortunate in the Round of 16 second leg against Juventus as they got an away goal courtesy a wrongly awarded penalty. Still, their overall organization to prevent the bianconeri from coming back deserves praise.

Against Manchester City, Garcia’s men performed even better. They maintained their defensive shape and drew City’s players to their own half before attacking them on the counter. Sure, Moussa Dembele’s first goal was controversial but Maxwel Cornet’s opener and Dembele’s second came via Lyon’s focus on quick movement in the attacking third.

Bayern Munich have shown vulnerability at the back and Lyon can make them pay.

Garcia has a fully fit squad. His primary selection headache will be up front considering Dembele bagged a brace while coming off the bench against Manchester City. It will not be a surprise if he replaces Karl Toko Ekambi up top.

Benjamin Pavard will remain absent for Die Roten. Flick has had no issues in dealing with Pavard’s absence as Joshua Kimmich has been shifted to right-back and Thiago Alcantara partners Leon Goretzka in the middle.

Kingsley Coman is also fit but expect him to warm the bench as Ivan Perisic has performed well on the left wing. The Croat has scored in each of Bayern’s last two Champions League games.

All eyes will rightly be on Bayern Munich’s Polish goal machine, Lewandowski. FC Barcelona had also tried to contain him but they made the fatal flaw of leaving Bayern’s wingers open.

Serge Gnabry had not been at his best since football resumed but against Barca, the German showed why he is so highly rated. He assisted Ivan Perisic’s goal and then found the net himself, latching on to Goretzka’s sumptuous chipped pass and powering the ball past Marc-Andre ter Stegen.

Fernando Marcal has held himself well in Lyon’s packed defense but the Brazilian will have to be wary of Gnabry’s ability to switch positions quickly.

The former Arsenal winger’s direct running coupled with his strength make him a hard man to knock off the ball. Gnabry also excels in putting defenses under pressure when combining with his right-back. Marcal will need Cornet to curtail his runs up forward to stand a chance at containing Gnabry.

Central midfielder Houssem Aouar was the most impressive player in the quarterfinal. The Frenchman impressed with his work-rate as he effectively pressed Man City’s midfield. He also bagged an assist, providing the through ball for Dembele’s first goal of the game.

Aouar was able to outshine Kevin de Bruyne in the middle of the park but Goretzka will be a different challenge.

The German midfielder’s impressive physique makes him a nightmare, especially when one is trying to dispossess him. He, however, also is very proficient on the technical front – his assist for Gnabry in the last game was sensational, to say the least.

Unlike Man City, which relies on de Bruyne to run the midfield, the roles in Bayern Munich’s midfield are better allocated. A cursory glance suggests that Muller is the creator, Goretzka the box-to-box man and Thiago the metronome. The truth is that all three of them are multi-skilled and can switch roles.

This makes Goretzka the man to watch in the middle as in addition to helping out up front, he’ll also have to deal with Aouar’s creativity.

The brace against Manchester City was a small indicator of Dembele’s quality up front. The Frenchman has led Lyon’s attacking line in a difficult season, scoring 25 goals across all competitions.

The former Celtic man relies on his quickness and offensive awareness to cause troubles. These characteristics were clearly on display in the last game as he was perfectly positioned to score in both cases.

Dembele is likely to be a tough man to mark for Jerome Boateng. The German is still an elite defender but has lost a step or two. With Lyon geared up to attack Bayern on the counter, Boateng can be exposed by Dembele’s off-the-ball movement.

It will be hard for Boateng to match up to Dembele’s speed but the German can offset his danger by covering passing lanes which can release Dembele. Playing the offside trap will also be useful.

Lyon might have carved a reputation of being giant-killers but Bayern Munich will be too hard for them to overcome.

Die Roten are on another level and they are also comfortable even if they are trailing, which is a very strong quality.

Hansi Flick’s men know when to turn up the pace and when to slow it down, which should ideally be effective against Lyon’s counter-attacking tendencies.

The Bavarians’ fluid attacking unit and versatile midfield will be more than enough for Lyon’s well-drilled defense.