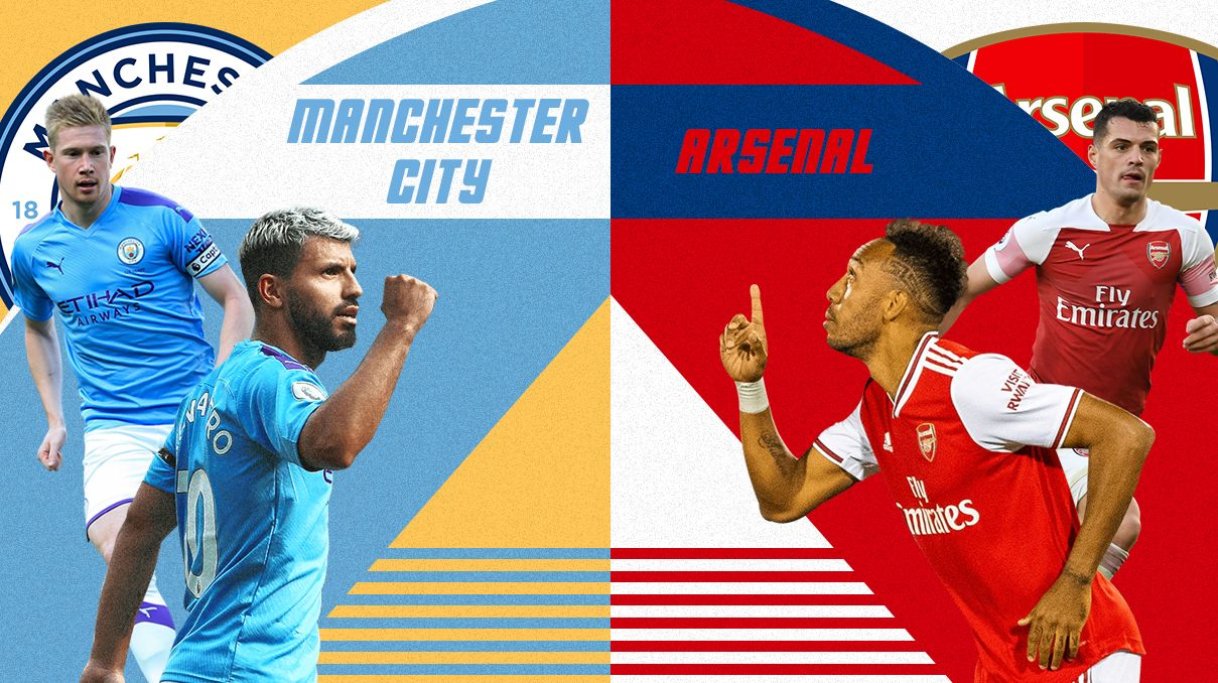 It has been an agonizing wait but the Premier League is finally back with a bang. Aston Villa hosting Sheffield United is the first PL game since suspension but all eyes will be on the Etihad Stadium as it will be the setting for Manchester City taking on Arsenal.

This game will see the master go up against his protégé. Mikel Arteta served as an assistant manager for Pep Guardiola before taking up the top job at the Emirates Stadium. The former Arsenal captain has turned things around after Unai Emery’s dismal performance in the first half of the season.

Manchester City have realistically relinquished the title to Liverpool but are staving off Leicester City in the battle for second place. Guardiola’s side are the favorites in this tie but returning after an unplanned halt to football and training can result in a few surprises.

Goals from Steven Bergwijn and Heung-Min Son helped Spurs overcome the defending champions in London. Do note that Manchester City had gone down to 10 men in that game as Oleksandr Zinchenko received a second yellow in the 60th minute.

Right before the suspension, City had gone down to Ole Gunnar Solskjaer’s Manchester United at Old Trafford. Scott McTominay and Anthony Martial were on the scoresheet as Manchester City failed to find the net against one of the Big Six yet again.

Ninth-placed Arsenal are undefeated in their last eight Premier League games (W4, D4, L0). They are on a three-game winning streak in the league, overcoming the likes of Newcastle (4-0), Everton (3-2) and West Ham. They trail behind fifth-placed Manchester United by only five points and mathematically, stand a chance of finishing in a Europa League spot.

Across all competitions, Arsenal have won four and lost one in their last five games. The blip in the record was a shocking loss to Olympiacos that knocked them out of the Europa League.

The Gunners also played a couple of friendlies before this game, defeating Charlton 6-0 and losing 2-3 to Brentford.

Manchester City have absolutely dominated Arsenal in the past few seasons. The Cityzens have a perfect record against the Gunners in the pair’s last six meetings The last six games have seen the Cityzens outclass the North London side in every department. Arsenal have conceded 17 goals and scored only two against Manchester City.

The reverse fixture this season at the Emirates saw Freddie Ljungberg led Arsenal capitulate as Manchester City blitzed to a 3-0 win. Kevin de Bruyne was the star of the show, scoring a brace with Raheem Sterling accompanying him on the scoresheet.

Arsenal’s on-field performances have definitely improved since that defeat but they still lag behind the quality that Manchester City and Liverpool possess.

After struggling with injuries to his center-backs, Guardiola can finally call upon all of them. Aymeric Laporte’s lengthy layoff was a major factor in City not being able to carry over their 2017-18 and 2018-19 form. He, however, will be available for this game and is likely to start.

Belgian de Bruyne missed the loss to Manchester United but will be fully fit for this game. He tormented Arsenal in the reverse fixture and Arteta will be wary of the damage he can do.

Calum Chambers and Lucas Torreira suffered serious injuries before the lockdown and are set to miss this clash.

Arteta, however, can call upon Sead Kolasinac and Hector Bellerin. The full-backs have missed a large chunk of the season which caused the Spaniard to play Bukayo Saka as a left-back.

Manchester City’s record goal-scorer has been a grim reaper like figure for Arsenal in recent history.

The Argentine has scored 10 in his last 12 games against the Gunners, including a hat-trick in the last Premier League fixture between the two sides at the Etihad.

Aguero is gunning the PL Golden Boot, sitting third in the table. He has had lean periods this season but is still a potent goal threat.

David Luiz, on his day, is a great defender who can contain threatening attackers. His consistency has always been an aching point and the Brazilian is notorious for committing errors that directly lead to goals.

Luiz looked out of sorts in the defeat to Brentford, committing an error that resulted in a goal. Arteta will need the experienced Brazilian to fully concentrate on this game as a deadly finisher like Aguero needs only the whiff of a chance to pounce upon and punish the opposition.

With 16 assists, de Bruyne is primed to break Thierry Henry’s record of 20 assists in a Premier League season.

The Belgian single-handedly destroyed Arsenal in the pair’s previous meeting and he is expected to play an influential role in this game as well. The Gunners are susceptible to conceding from set-pieces – an area where de Bruyne’s expertise is bound to trouble the Gunners.

His work from open play is elite as well and Granit Xhaka will have to be tenacious in trying to limit de Bruyne. The Swiss midfielder is gifted long passer but his lack of defensive acumen has proved to be expensive for Arsenal for quite a few seasons now.

Arteta would need Xhaka to sit deep and prevent de Bruyne from launching devastating counter-attacks. Another important instruction to the Swiss would be to check his aggression and not commit needless fouls. Xhaka has already amassed seven yellow cards in the league this season.

Arsenal arguably have the most gifted goal-scorer in the league currently in the form of Pierre-Emerick Aubameyang.

He is trailing Jamie Vardy by two goals in the Premier League Golden Boot standings. Overall, he has scored 49 goals in 75 league games. If he scores his 50th goal in this game, he’ll become the sixth-fastest player in Premier League history to score 50 goals.

The Gabonese forward could hit that milestone in this game considering that Manchester City have been frail at the back this season.

Laporte’s layoff was the major reason for that but backup center-backs like Nicolas Otamendi and John Stones did not look convincing at all during the season.

Otamendi is another player known for his concentration lapses. Mistakes from the Argentine can prove to be costly against Aubameyang’s quickness and eye for goal. The former Valencia man will have to be totally in sync with his defensive line to contain the dangerous Gabonese.

Despite Arsenal improving under Arteta, Manchester City will be firmly in the driving seat in this game.

The four-time Premier League champions have greater quality at each position and the past record speaks for itself. Arsenal have looked listless against Guardiola’s men on multiple occasions.

The Cityzens will control the game and I see them putting three past Bernd Leno’s net. Arsenal will try to mount a comeback and will be able to eke out a goal.

That being said, there is an outside chance of the Gunners taking home three points. As seen in the other restarted leagues, match fitness has been an issue in the opening weeks. In such a situation, any team can take the cake and we could see Arsenal pulling off a surprise win.