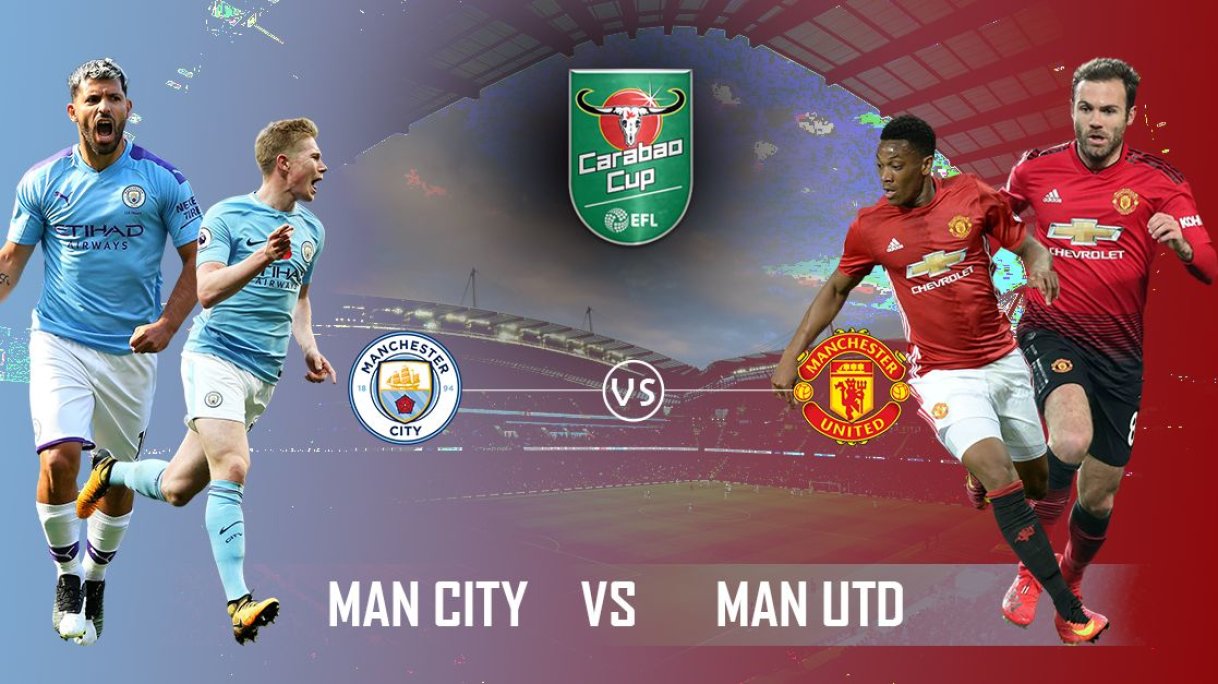 Liverpool players are having the season of their life with the title most probably in their hands, which is something Pep Guardiola never wanted. Manchester City was below their level this season in comparison to the last two seasons, all this due to injuries, which led to some key players missing big games.

As a result of it, Pep Guardiola wants to win as many domestic silverware as possible so that City have something in this season to cherish about.

The Citizens have now entered the fifth round of the FA Cup and are eager to win it. City are also the defending champions of the Carabao Cup and are almost on the verge of defending the title after a strong first-half display at Old Trafford in the first leg of the semi-final.

Three goals in the first half and a lot of half-chances resulting in a second-half goal for United is the scenario currently. Manchester United, however, will fancy their chances of defeating Manchester City at Etihad as they have already done it once earlier in December in the Premier League.

The Red Devils will be looking for a similar away performance like the one at Parc de Princes last year, which was one of their main highlights of the season. United, however, are without both the goalscorers, who scored in Paris last season. Marcus Rashford, who scored the high pressure winning penalty is sidelined due to injury while Romelu Lukaku is not a part of the club anymore.

One interesting thing that was noticed in the fourth round of FA Cup was that Guardiola benched Kevin De Bruyne at the weekend. The Belgian was in and around all the three goals scored at Trafford, which pretty much sums up his season. In 2020, De Bruyne has already started in five of City’s games but has registered only three assists, which could be a concern.

Ole Gunnar Solsjkaer knows that De Bruyne's presence in the game itself can become too much to handle. Sergio Aguero, who has begun 2020 in the best probable way was also rested against the Cottagers and that means the Argentine will definitely be a part of the starting XI in this crucial fixture.

United netted six goals against Tranmere Rovers in the FA Cup. This was the first time that the Red Devils scored six goals since Sir Alex Ferguson left and that should only improve the belief within the squad. However, that was a League One squad while their opponents this time are the defending EFL Cup and Premier League champions.

City are expected to keep the same line-up as the last time both sides played each other. Sergio Aguero might be the only exception, replacing Gabriel Jesus, who did not have the best of the games, completely contradicting Aguero’s performances in 2020.

Manchester United will be without Rashford until April as per reports, Mason Greenwood may start on the right with Daniel James getting an opportunity to play at the left, with Martial playing as the striker. The midfield selection will be tricky after some eye-catching displays by Mata, while Solskajer may choose the pace of Lingard over it after the struggling man performed well last weekend.

Fred is expected to start again after getting some rest and will be an important part of the United build-ups especially after his run of some extremely good performances, the best one being at Anfield.

Being a central midfielder, Fernandinho has done extremely well at the CB position and with a contract extension signed, he will be all pumped up to give his best for the team.

On his day, Anthony Martial can outrun any defender with his dribbling and playmaking skills but consistency has been a big question mark for the Frenchman this season.

His big miss against Liverpool is still in the mind of every United fan and they will be hoping that the Frenchman step up and take the responsibilty of scoring in the absence of Rashford.

Sergio Aguero has been in a dynamic form since his return and is just one goal behind the Premier League top scorer Jamie Vardy. With his contributions being very high against the top six, the Argentine will be a definite threat for the Red Devils.

Harry Maguire scored his first goal for United and that too from a phenomenal strike from outside the box. He will be looking forward to this clash and will make sure he makes good use of his physical strength against the Argentine.

Manchester United have won three and lost three out of their last six games in all competitions but have been impressive in the EFL Cup until they lost to Manchester City in the first leg of the semi-finals.

The Citizens, on the other hand, have won their last four games in the Cup and have drawn only one game out of their last six in all competitions.

Manchester City do have a better squad and form in comparison to United. However, Solsjkaer's job is on line here and winning this game will extend his time at Old Trafford. So, I believe that United will win this fixture but the Citizens will go ahead in the competition.