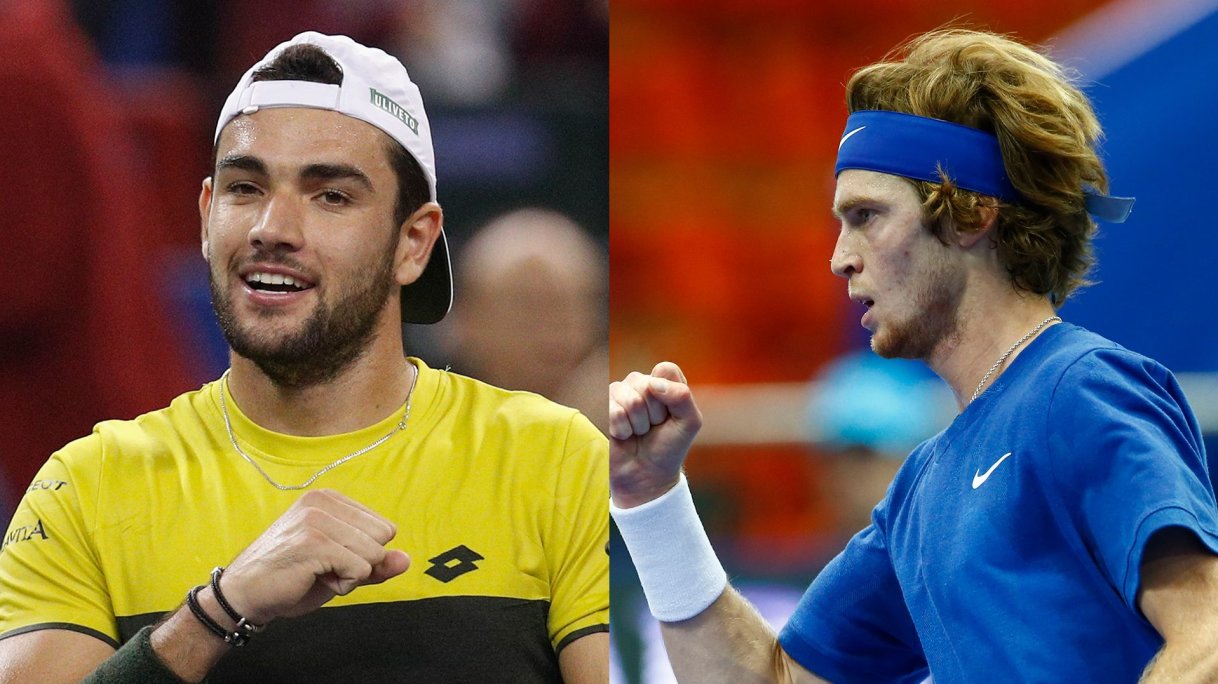 Matteo Berrettini vs Andrey Rublev: US Open Preview and Prediction

6th seed Matteo Berrettini squares off against 10th seed Andrey Rublev in an exciting fourth-round clash at the US Open.

Having won all his matches in straight sets so far, the Italian has found form in his favourite grand slam. Berrettini made a breakthrough by reaching the semifinals of the US Open last year and he seems destined to take one more step forward.

He kickstarted his campaign dispatching Japan's Go Soeda in straight sets. Smashing 18 aces and clocking a first-serve winning percentage of 94%, Berrettini was impressive.

He outlasted Ugo Humbert in three tight sets in the second round. His performance went up one notch higher as he overcame 30th seed Casper Ruud 6-4 6-4 6-2 in his next match.

Rublev too has won all his matches in straight sets. He began his run with a convincing win over veteran Jeremy Chardy in the first round. The Russian dished up another masterclass performance defeating Frenchman, Gregoire Barrere in his next match. He probably played his best match of the tournament thrashing Salvatore Caruso 6-0 6-4 6-0 in the third round.

"I think maybe I was more under pressure [last year], last year [he made the] semi-finals, so now I have no pressure. he has all the pressure, we'll see how it's going to be, but for sure I hope it's going to be [an] interesting match and I hope people will enjoy watching it," said Rublev sounding quite optimistic about his chances.

“I mean, it’s going to be a rematch, same round, as we said, different conditions, different US Open, but I think we are two different players now, he achieved so much, he’s been improving every day, every week, he’s serving well, forehand and backhand, they are great, like, weapons", opined Berrettini praising his opponent ahead of the showdown.

Berrettini leads the head to head record 3-1. The two players clashed in the fourth round of the US Open last year when Berrettini won in straight sets.

While Berrettini would depend on his big serve and powerful forehand to get things done, Rublev would look to get his attacking game and court prowess to do the talking. Both players are in fine form in this year's tournament and would look to put their best foot forward.