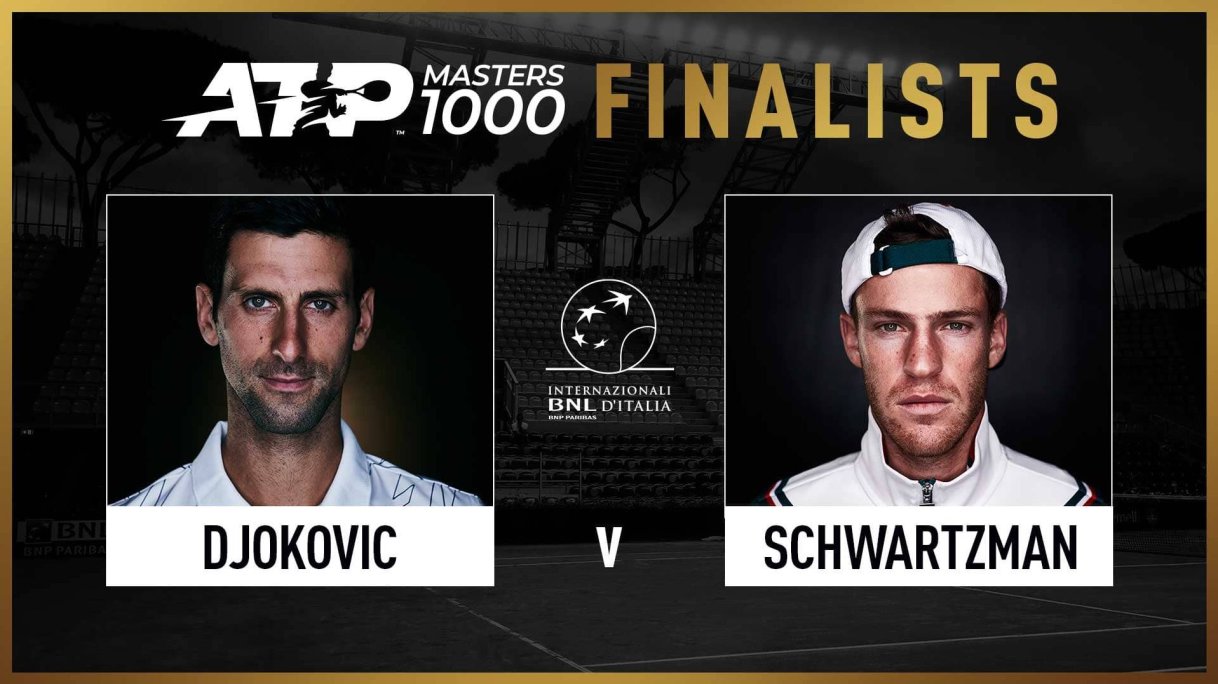 Djokovic came through a routine straight-set win over Casper Ruud in the semifinals. After struggling with his serve in the quarterfinals against Dominik Koepfer, Djokovic displayed a strong performance with his serve as he smashed 12 aces and was never broken in the match.

On the other hand, Schwartzman came through a tight three-setter against Denis Shapovalov in the semifinals. He handled the big-serve of Shapovalov effectively winning an epic match after three hours and 15 minutes. The Canadian was erratic committing eight double faults and clocking a second serve winning percentage of only 51%.

Djokovic leads the head to head record 4-0 against Schwartzman. The Serb clashed with the Argentine in last year's semifinals winning in three sets.

Djokovic is chasing a record 36th ATP Masters 1000 title eclipsing his archrival Rafael Nadal's record of 35 titles. He will be extra motivated to go for the title after falling short in the final last year against Nadal.

Schwartzman is playing his first ATP Masters final and also aiming to crack a spot at the top 10 of the rankings if he wins today.

Djokovic has played well under pressure this week and will be the favourite to clinch his 5th title at Rome and an 81st title overall.

“Diego played the match of his life against Nadal, he was so impressive, and that proves that anything is possible, even against Nadal who is probably the toughest challenge in our sport, playing Nadal on clay, but he managed to win in straight sets, so that proves his quality," said Djokovic appreciating his opponent.

“I have two dreams tomorrow, one is winning a tournament like this and the second one: be Top 10, both are there tomorrow on the court against Novak, I know it's very difficult, I know can beat him, but it's going to be very difficult, I'm going to do everything to be more than my 100 percent tomorrow on the court," said Schwartzman sounding positive about his chances.

Schwartzman has been effective in turning defense into offense and has shown tremendous staying power in the long rallies. He must be physically drained after playing a tiring encounter in the last match.

Djokovic has not been at his very best but has used his strong backhand and excellent movement to suffocate his opponents.

Schwartzman has a weaker serve and Djokovic would look to exploit that. Both men are looking to create history and etch their names in the record books. Having won all his finals this year, Djokovic would be the strong contender for the title.