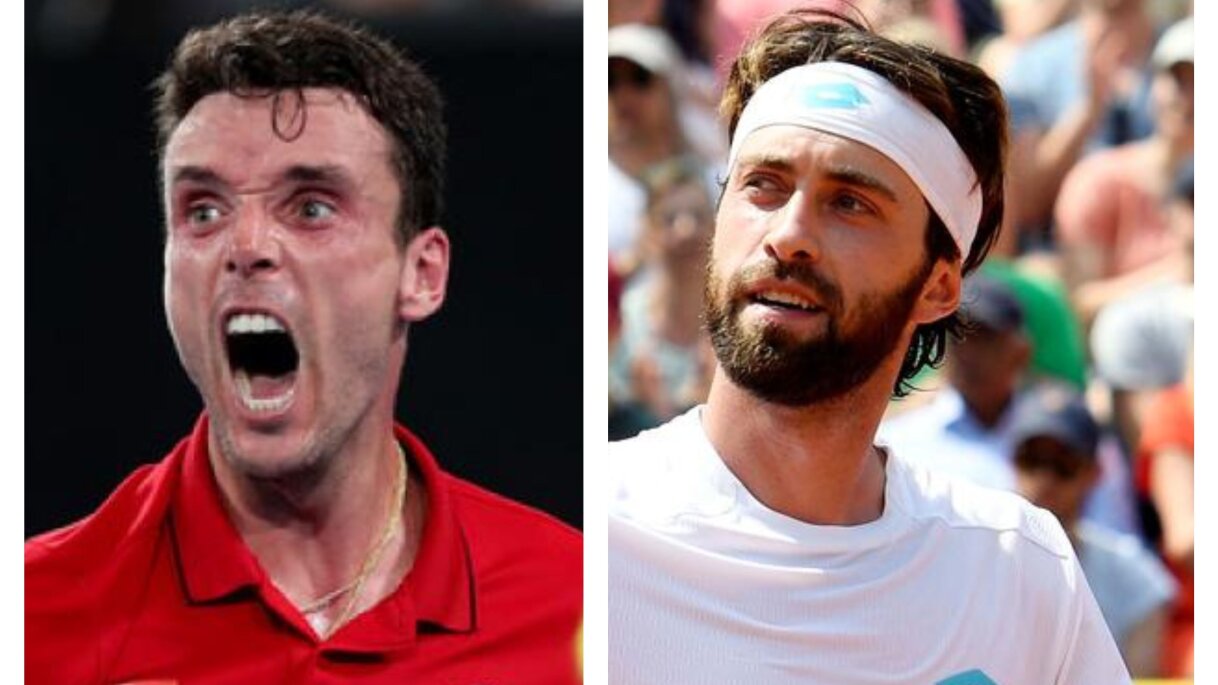 The fifth seed Roberto Bautista Agut takes on Nikoloz Basilashvili in the finals of the ATP 250 Doha Open.

Agut proved to be too good for the in-form Andrey Rublev overpowering him 6-3 6-3 in the semifinals. Agut clinched an impressive 83% of points on his second serve and also saved 4 out of 5 breakpoints. Though Rublev smashed 8 aces, he had a poor day with his second serve winning a minuscule 7% of points on it.

Rublev had reached the last four without playing a single singles match after getting two walkovers in a row against Richard Gasquet and Marton Fucsovics in the pre-quarterfinals and quarterfinals. The Russian compensated for that lack of game-time by playing doubles alongside compatriot Aslan Karatsev making it to the finals.

On the other hand, Basilashvili continued his dream run beating the American Taylor Fritz 7-6 (3) 6-1 in the semis. The Georgian fired 5 aces and claimed 80% of points on his first serve.

Agut leads the head to head record 3-1 against Basilashvili.

Beating the defending champion, Rublev in straight sets would have given Agut a lot of confidence ahead of the titular clash against Basilashvili.

The Spaniard is a steady counterpuncher and can battle both big-server and hard-hitters with ease. He can put his opponents on the backfoot with a strong return of serve. His cross-court backhand hit with a lot of speed and control is one of the deadliest on the ATP Tour. He can wear down any player with his relentlessness in the long rallies.

Basilashvili is on a roll having stunned Roger Federer in three sets after saving a match point in the quarterfinals. He proved that upset was no fluke overcoming Fritz in straight sets. The Georgian can unsettle opponents with his deep groundstrokes. Basilashvili has also impressed with his clutch tennis during the crucial moments by swinging the momentum his way.

"I am very happy, as I have said, this court and this tournament is one of my favourites, it feels very special to play on this court, I have played one of the best matches of my career here in Qatar, and hopefully tomorrow it's one more, I feel very happy, and I hope to play a good final tomorrow," said Agut full of confidence ahead of the big final.

The conditions in the Middle East have suited both Agut and Basilashvili perfectly. Agut has proven his weight against top 10 players having beaten both Dominic Thiem and Rublev in a row in the quarters and semis respectively.

Basilashvili has brought his strong fighting qualities to the forefront having defeated John Millman and Federer after dropping the first set. Agut's prior experience of being a former champion in Doha gives him a slight edge in the finals. Basilashvili has nothing to lose and will give his all for the title.