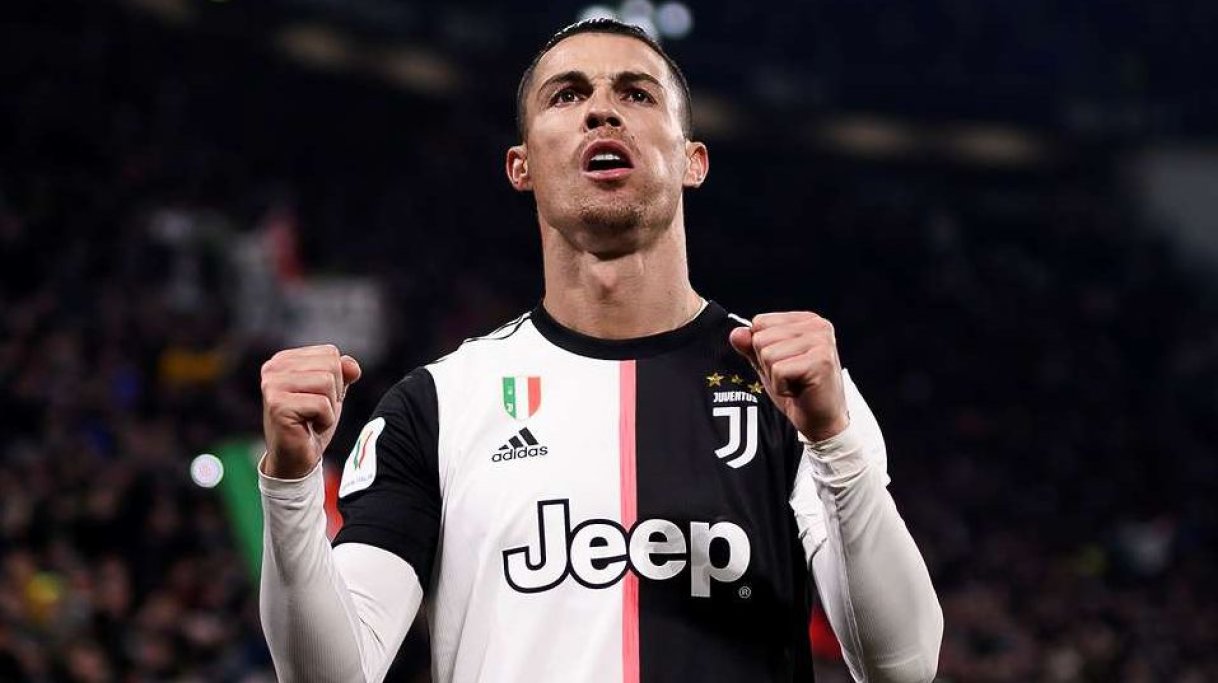 Cristiano Ronaldo once again silenced his critics by scoring a fantastic goal in a 3-1 win against Roma in the Coppa Italia quarter-finals. He continues his predatory run and seems to be on his way to rewrite the historical records.

Very few footballers manage to play to their fullest levels after the age of 30 and the Portuguese seems to be the very best on the list. He has no intention of stopping for now and continues to stun the whole footballing world by his work ethic and physique.

The Talisman scored his 19th goal of the season for Juventus and it seems that he never lost his golden touch even after ageing. He simply picked up the ball in the left wing and fired in the ball expertly through the Roma goalkeeper Pau Lopez.

After the match, Juventus Manager Maurizio Sarri took a moment to heap praise on his player's extraordinary physical and mental strength. He stated that:

"Ronaldo is in extraordinary physical and mental condition. He is continuing at an impressive pace and has extraordinary skills."

"He is very well physically. In terms of explosiveness, he is good. He takes great care of the details."

"Ronaldo is a champion. We want to help him win the sixth Ballon d'Or. It would make us all happy."

This is sheer class from a player who will be turning 35 next month. It is his hardwork and determination that helps him to be at the highest level even after so many struggles and criticism.

In his last 10 games, he has scored 13 goals and is clearly aiming to win a sixth ballon d'or since Messi took a lead in the race for the Golden ball last year.

Ronaldo also became the fifth highest goalscorer of all time and has surpassed the record of Germany Legend Gerd Muller. He has now scored 737 goals and is behind the likes of other greats such as Ferenc Puskas, Pele, Romario and Josef Bican.

Here is the list of the top ten all-time goal scorers:

Following the recent outings, it is evident that Ronaldo will leave a huge impression on the beautiful game. He is a player who deserves the utmost respect for the contribution he has given all these years to the beautiful game. Considering all the achievements, Cristiano Ronaldo reminds us of the quote "Class is always permanent".

Cover Image Credits: Give Me Sport