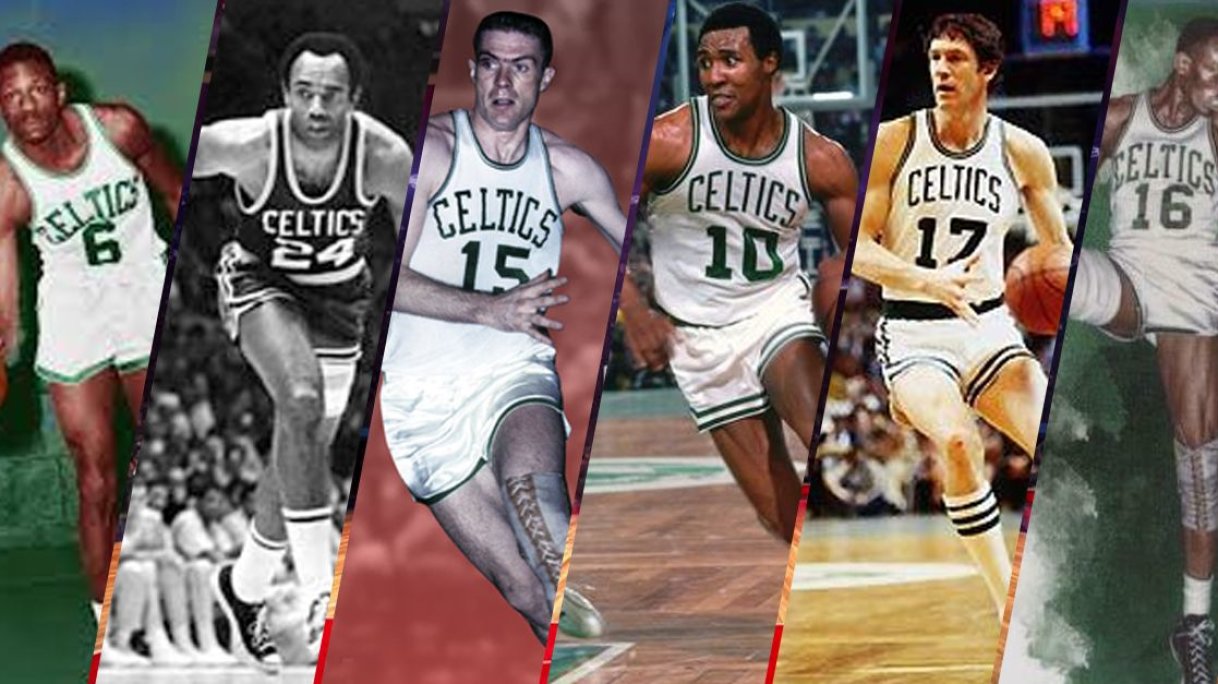 6 Players who have won the most NBA Titles

The new NBA season is just around the corner. With all the teams battling it out in the pre-season, we feel this is an appropriate time to take a look at some of the legends, who have won the most number of NBA Championship ring.

Boston Celtics are the most successful NBA team in its history with 17 titles to their name. So, it does not come up as a surprise as the list is dominated by Celtic players.

Russell is regarded by many as the greatest basketball player of all time. This Boston Celtic centre played in twelve NBA finals and  won it a record 11 times.

This 12-time all star was the centerpiece of the all conquering Boston team of the sixties. The Louisiana born lad was not the focal point of Celtics offence but still ranks second in the all time list of total rebounds and rebounds per game.

We can easily recognize the impact he had on as the NBA finals Most Valuable Player trophy was renamed in his honour.

This Boston Celtics shooting guard is just behind his teammate on 10 titles to his name. Jones was a Five-time All-star and was renowned as a clutch scorer with more than 15000 points in his career.

Jones was nicknamed "The Shooter” for his great technique and shape while shooting a jump shot. In his prime, the North Carolina graduate produced four consecutive seasons averaging 20 points or better.

Jones’s contribution was recognized as he was named as one of the 50 Greatest Players in NBA History in 1996.

This American competed for 16 seasons with the Boston Celtics and won eight Championships. Havlicek is also one of three players with an unsurpassed 8–0 record in the Finals.

Nicknamed "Hondo", he revolutionized the sixth man role in basketball. Havlicek is also Celtics’ most appearance maker and leading point scorer with 26,395 points in his kitty.

This 13 times NBA All-star also became the first player to score 1,000 points in 16 consecutive seasons.  As a tribute to his contributions, his number 17 jersey was immediately retired by the Celtics upon his retirement in 1978.

Sanders is tied third on the list with eight titles. He also played  in eight finals and came out trump in each one of them.

This power forward scored 8766 points in his career and was an all-around talent. He was an Celtic through and through and never switched teams.

This former Celtic coach was inducted into the Basketball Hall of Fame in 2011. His  jersey number 16 was retired by Boston Celtic as a mark of respect.

Jones won eight titles as a player, two as an assistant coach and two as the head coach of the Boston Celtics. He was also a part of eight consecutive championships won by the Celtics.

He was a defensive standout in the fabled Celtic team and ended with a 8-0 record in the NBA finals which is a testament to his skills and ability.

This tenacious defender’s jersey number 25 was retired by the Boston Celtics and was a 1989 Inductee of the Basketball Hall of Fame.

Heinsohn is a Celtic legend as he is the only person to have the distinction of being involved in an official team capacity in each of the Celtics' 17 championships and all of their 21 Finals appearances.

This 6-times All-star possessed a superb scoring touch and thus  pocketed a mammoth 12,194 points in his career. He also won seven NBA championship rings in a row.

He was a vital cog in the Celtic dynasty of the sixties but was often overshadowed by his more illustrious teammates. His jersey number 15 was retired by the Boston Celtics in 1965 for his contribution to their cause.