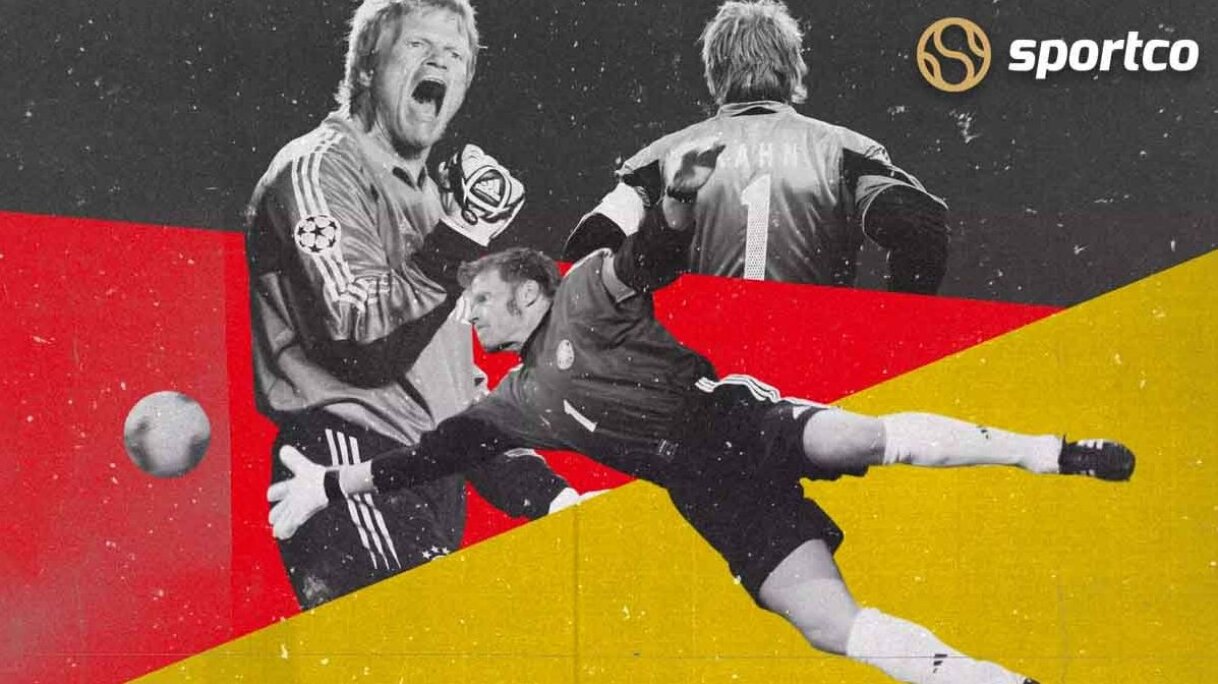 The legend Oliver Kahn, whose one mistake changed the fate 2002 WC final

The former Bayern Munich captain was one of the best to wear the German national shirt and certainly made his presence felt in the history of football. Kahn was a resilient goalkeeper who won the best goalkeeper seven times between 1994 and 2002, moreover, was named Europe’s best years in a row from 1999 to 2002.

The legendary goalkeeper showed his class in the 2002 FIFA World Cup as Germany reached the finals.

Let’s look into the impervious shot-stopper’s show in the World Cup.

A glittering 2002 World Cup of Oliver Kahn, undermined by a costly mistake.

Oliver Kahn won the 2002 FIFA World Cup’s Golden Ball, given to the best player in the prestigious tournament, becoming the first goalkeeper to win the prestigious award. The Germans in the Japan and South Korea co-hosted tournament were in a high-flying form, as they started the tournament won fire by winning 8-0 in the opening game against Saudi Arabia, and later drew and won against the Republic of Ireland and Cameroon respectively, as they topped the group.

Furthermore, in the knock-out stages, the Die Mannschaft side went on to win against Paraguay, the USA, and South Korea with single-goal margins in the Round of 16, quarterfinals, and Semi-finals respectively, as the German backline in the energetic Kahn’s command kept a clean sheet on each occasion.

Oliver Kahn conceded just one goal in Germany’s en route to the final, as his spontaneous saves showcased his heavy-handed fierceness, protecting his goal, moreover, he also caught the eyes of many for his command over his own defenders, as the German backline owned their box area.

The ruthlessly reliable Kahn was flying high, until the final in Yokohama stadium on 30th June 2002.

"It was my only mistake in the finals. It was 10 times worse than any mistake I've ever made. There's no way I can make myself feel any better or make my mistake go away.” says Oliver Kahn

Billions of people were watching on television the International Stadium Yokohoma, as the World Cup final takes place in Asia for the first time. In a high-octane final, the two best teams of the tournament Germany and Brazil were up against each other, moreover, many considered Ronaldo vs Oliver Kahn's final. In a tense final both sides matched equally, however, in the 66th minute, Kahn made a howler, as Rovaldo took a 25-yard left-footed shot on goal, which the German spilled right into the path of Ronaldo, who comfortably scored to give Brazil the lead.

Later, Ronaldo again scored in the 79th minute to seal the final in Brazil’s favor.

Khan, who played with his torn ligament in the right ring finger, refused to blame the injury for his mistake, “That has nothing to do with the goal” says eight-time Bundesliga and one-time Champions League winner.

At the end of the game, Khan was seen leaning against the left post, looking shattered as he watched the Brazilians lift the trophy.

However, he earned the Golden Ball award for his performance in the tournament and Lev Yashin's honor for being the tournament's best goalkeeper.