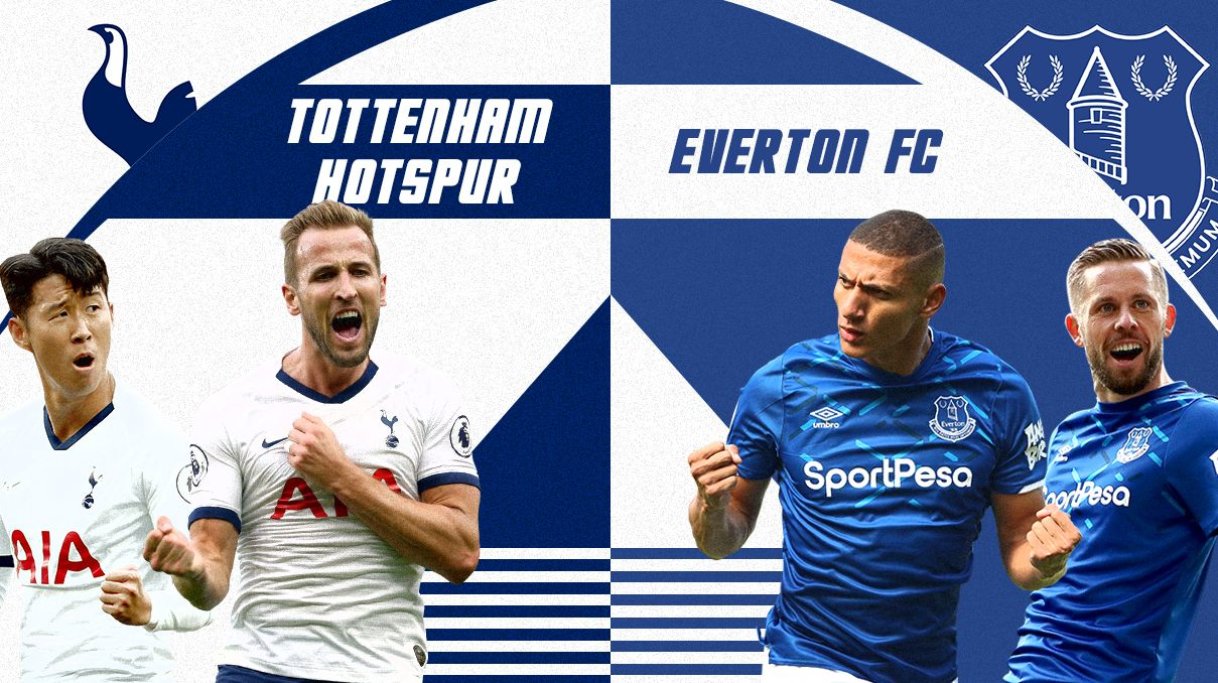 After a woeful performance at Bramall Lane, Tottenham will be looking to get things back on track as they host a confident Everton side at the Tottenham Hotspur Stadium.

Spurs felt cheated going into the half-time break at Sheffield United 1-0 down but a disastrous defensive display saw Jose Mourinho’s side losing their way back in the game.

The 3-1 defeat ended Spurs’ already faint hopes of a top-four finish and they will now have to focus on the Europa League spot. However, things may get worse as they face an in-form Everton in North London.

The Toffees have enjoyed a decent start since football’s resumption and will look to give their best to leapfrog the Lilywhites.

Spurs are clearly ahead in the head-to-head battle, winning eight and losing just three with eight draws in the last 19 games played between them. Tottenham have just lost only thrice out of the last 27 home meetings between the two.

Everton are winless in their last 14 Premier League meetings with Tottenham, losing seven and drawing seven. The Toffees are looking to win back-to-back away games in the Premier League for the first time since September 2016.

Tottenham’s 14-game unbeaten run against the Toffees is their joint longest run without defeat against a specific opponent in the league. Spurs are also unbeaten in their last 14 games against Sunderland and Swansea City.

After starting off well against Manchester United followed by a win against West Ham, Spurs were completely out of their minds against Chris Wilder’s Sheffield United.

The defensive displays have clearly dropped a level and all the progress made before has eventually become null.

On the other hand, Everton were brilliant in their victory against the Foxes as goals from Richarlison and Gylfi Sigurdsson kick-started the Toffees with a 2-0 lead.

Thet were later forced to defend with their lives as a Kelechi Iheanacho strike early in the second half seemed to cause problems.

Since Carlo Ancelotti’s arrival, Everton have only seen an upward trajectory and the foundations laid by the Italian have only helped Everton to do well in all departments, be it structure, organization and direction.

Tottenham have managed to win only once in their last five games in all competitions, losing and drawing two. Their only win came against the Hammers.

Everton have lost only once in their last five games in all competitions, losing heavily to Chelsea, days before football was suspended. They have two wins and two draws against three teams who belong to the top five.

Both the teams have a fully-fit squad with very few exceptions.

Spurs are without the services of Japhet Tanganga and Juan Foyth while Dele Alli has been a recent addition. Although Mourinho played it down as “nothing important.”

Tanguy Ndombele could also be in the starting XI after being lively in his first bit of action as a substitute against the Blades.

For Everton, Ancelotti has dismissed the ankle injury sustained by Richarlison in the victory against Leicester City as a knock only. The Brazilian is expected to be fully fit and start on Monday night.

Djibril Sidibe and Theo Walcott are also expected to return from injuries and are expected to be on the bench for the game.

Harry Kane is definitely the bigger name here but the 19/20 season can give Dominic Calvert-Lewin the license to question his greatness.

Kane suffered from a long-term hamstring injury but the lockdown helped him get back into action this season.

Calvert-Lewin, on the end, has been a different player since Ancelotti's arrival.

Both players have similar attributes with being decent on the ball, strong aerially and have shown that they can defend too. However, when we compare the big chances missed, Kane has missed only five while Calvert-Lewin has missed 13.

The Spurs man will always be a bigger name as things stand and a deeper comparison is nothing but a proof.

But Spurs' and Everton's shaky form this season can bring a lot of changes in the characters and that gives Calvert-Lewin an equal chance to impact the game as effectively as Harry Kane does.

Both full-backs have had a decent season as compared to their last one even though their teams have been struggling.

Aurier and Digne both have managed to become regular starters dor their teams and have shown good potential.

Aurier has managed to help Spurs get four clean-sheets while Digne has six.

However, Digne and Everton have conceded more goals compared to Spurs, although the margin is only of three goals.

Aurier has been very strong with his tackling and is better than Digne at it but the Frenchman overtakes the Ivorian when it comes to making clearances. When interceptions are considered, Aurier edges it only by a fine gap and that shows Digne is not far behind.

Tottenham playing at home will be stronger defensively and that means Aurier is expected to do better. Everton though have been unpredictable with their games this season and hence this head-to-head battle will be an interesting one to watch.

Jose Mourinho and Carlo Ancelotti have been two of the biggest names in world football and their collision on Monday night is expected to be action-packed, one like a chess match where the minds speak more than actions.

Everton have conceded only one goal since the restart while Tottenham have been very poor recently. However, Everton’s strong and compact 4-4-2 formation will be tested by Jose’s attack led by Harry Kane on top with Heung-Min Son on the wings.  The match is expected to be more of a counter-attack coming from both ends as both teams are set up to defend well.