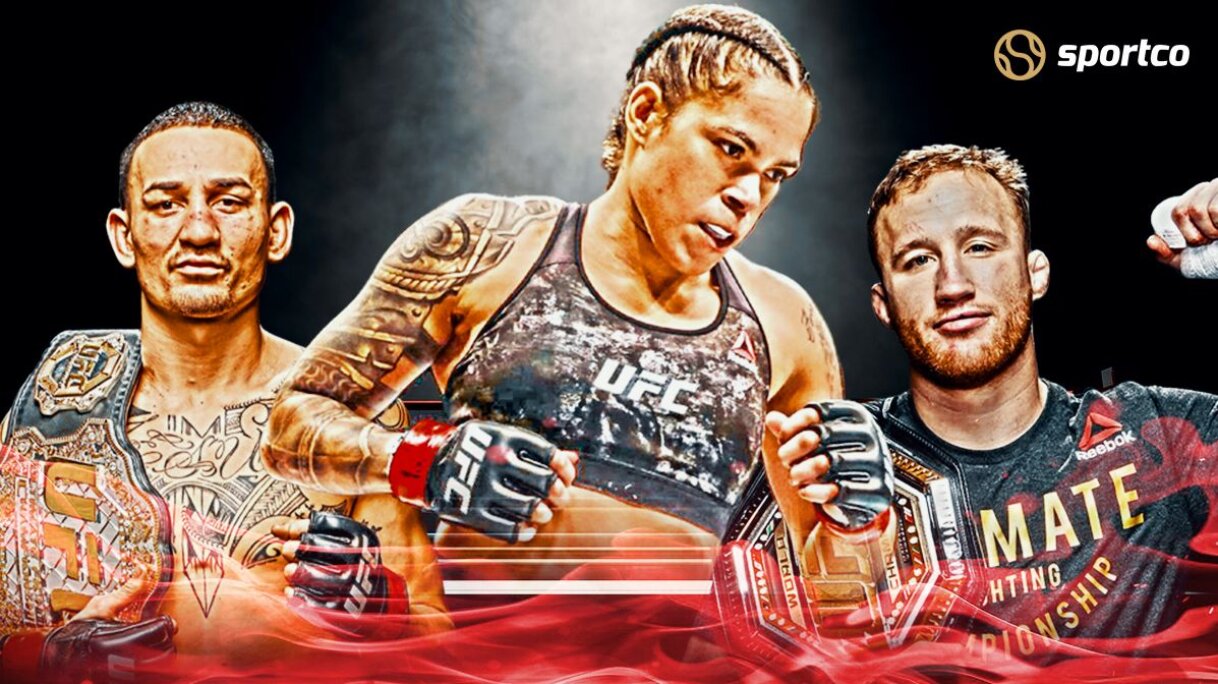 A very happy new year to all UFC fans across the globe! In this article Sportco lists five UFC fighters who could create waves in 2022.

We kick-start our list of top UFC fighters to watch out in 2022 with 'the Lioness' Amanda Nunes. The Brazilian took her first loss after years, against Julianna Pena in UFC 269. This was a defeat no one saw coming, one of the biggest upsets in the history of the UFC.

Nunes last took a loss back in 2014, she has not only been undefeated since but has looked untouchable in terms of fighting ability.

She lost her UFC Bantamweight Championship belt to Pena. Amanda Nunes would look for a rematch to get her Championship status and we believe that she’ll try to avenge her loss by the end of 2022 and become a two-division World Champion once again.

Talking about fighters who have been untouchable, Khamzat Chimaev has more finishes than the significant strikes his opponents have landed on him in the UFC. Also, the fact that he’s only 27 shows just how good he is, and he will only keep on getting better.

The Swede faced his first competition in October 2021, where he fought against Li Jingliang and it is only fair to say that Chimaev toyed with him before making him submit.

Khamzat Chimaev is yet to face any top-ranked Welterweight but this year seems to be it. He would be looking for the title shot against Usman as soon as possible.

Many people believe Max never lost to Alexander Volkanovski in any of the fights. However it may be, Max Holloway never sat back and waited for the title Shot to be fed to him, he fought against Calvin Kattar and Yair Rodriguez and won against both.

People have been speculating that Max might move up to Lightweight, which might be true but it would be exciting regardless. Whether he moves up to 155 or fights against Volk for the trilogy, we are sure to see some action-packed fights.

Currently placed on number 4, Islam Makhachev will go up against Beneil Dariush, who is ranked 3rd in the Lightweight Division. Logically, Islam should be getting a title shot by the end of the year if he manages to win against Dariush.

Will Khabib’s teammate be the heir to the throne left behind? We can only hope that he rightfully gets his title shot by the end of the year. Islam has got the skillset to defeat anyone from the current Lightweight roster in the UFC. It all depends on how he uses his abilities.

The current favourite to fight the Lightweight World Champion, Charles Oliveira. Justin Gaethje gave us one of the best fights of 2021 against Michael Chandler, where Gaethje was victorious. Currently ranked number 1 in the Lightweight division of the UFC.

His next fight should be against Oliveira unless Conor decides that it’s finally his time to come back into the UFC and fight directly for the title. This would make Gaethje wait out the entire year before getting a title shot. However it is, we are hopeful that Gaethje will once again get to fight for the title and possibly become a World Champion.

Which of the above fighters do you think will create maximum impact in the UFC 2022 circuit?