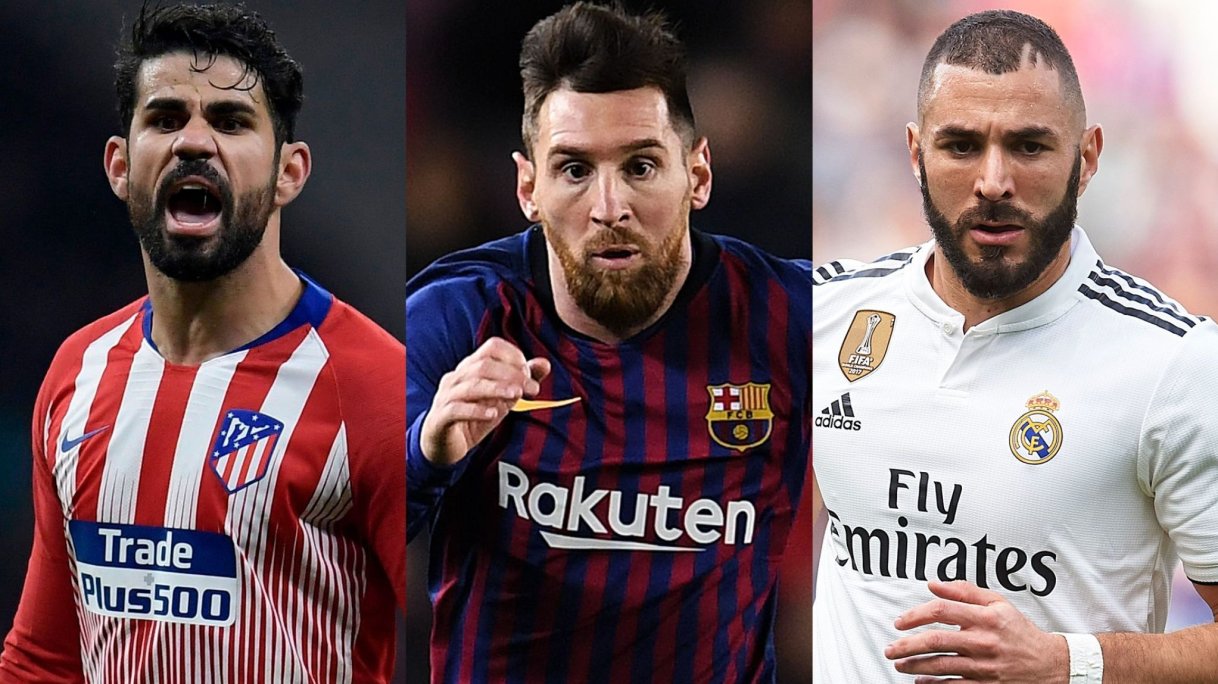 For the first time since the 2016-17 season, La Liga has some competition and it appears it will be a tight battle till the end. After 19 games, the big three are at their expected spots. Saturday saw all of them in action following the resumption of top-flight action in Spain, with leaders Barcelona dropping points against Espanyol in a 2-2 draw, which also saw the ex-Ajax midfielder, Frenkie de Jong, sent off.

With Barca on top, pressure on them increased as Real Madrid leveled the points tally with a 3-0 triumph away at Getafe. A goal from Raphael Varane, Luka Modric and an own goal helped Madrid with a good rise in goal difference too.

As for Atletico Madrid, they won 2-1 against Levante at home to successfully win four games on the spin in all competitions and are in touch with the top two. Atletico also have a fear of Sevilla taking their spot, currently being on level on points with Los Rojiblancos.

After Los Blancos won the title in the 2016-17 season, there was actually no competition for Barcelona, who won and retained the title. This year, however, it will be very challenging for Barcelona to retain the title again.

The teams have a temporary relief now as the league duties are currently at halt, due to the fixtures of Supercopa de Espana coming up in Saudi Arabia. Barcelona are going through some ups and downs with Lionel Messi again proving his worth in the La Liga and Luis Suarez stepping up after facing heat from the fans.

Antoine Griezmann has failed to fully deliver since his arrival at Camp Nou. Ousmane Dembele has had a bad run with injuries and has failed to perform consistently. Ansu Fati, however, has been a huge cover-up for the Frenchman and has won the hearts of all the Barcelona fans already.

Real Madrid, after their last title, are finally fighting for it again with full passion, losing just one game in the league so far. Karim Benzema has been a huge reason behind the club’s success with his performances showing massive growth since Cristiano Ronaldo left the club. Eden Hazard, who signed for his dream club in the summer, hasn’t been in the best of his forms and is currently out with injury.

Atletico Madrid are on the third spot with 35 points, five behind their rivals. Alvaro Morata is their leading scorer in the league with nine goals and is only four goals behind La Liga top scorer, Messi.

With the UCL fixtures coming up in the month after, it will be exciting to watch the three teams and see which team performs consistently in and out of the league.