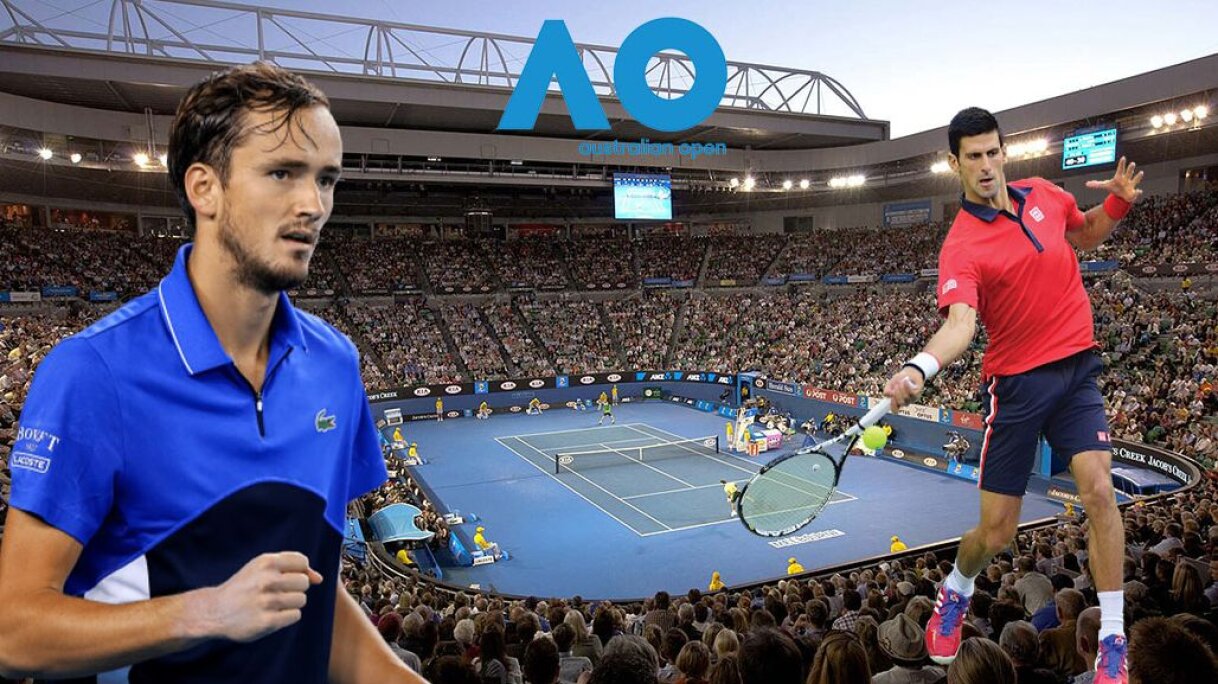 The Australian open has been the most topsy turvy ride. probably because of weather conditions. Anyone who played a five-setter was prey to an upset in the very next round. Dominic Thiem, Matteo Berrettini, Stefanos Tsitsipas, Grigor Dimitrov are some prime examples.

I am happy that my prediction of Djokovic has gone wrong . otherwise we would not have been gearing up to watch an absorbing final between Next Gen, Daniil Medvedev and one of the greatest of all-time Novak Djokovic.

When it was announced that Djokovic has an abdominal strain, I thought he will lose against Alexander Zverev. However in their quarter-final match, Zverev was seen with strapping on his abdomen. It surely affected his game as Djokovic took the match by bringing his grit and determination to the fore and also hit 23 aces as compared to 21 by Zverev.

Medvedev cruised past Tsitsipas in straight sets and showed why he has won 20 matches in a row, which includes 11 players in the current top 10.

Now Medvedev has very fluid serve and it bails him out in crunch situations. His backhand is like a mean-machine and he is a perfect foil for Djokovic, who traps his opponents in his backhand cage.

Both have strong defence and their opponents are at always wondering as to how to take a point against them.

However, Medvedev is prone to some errors on his forehand as he tries to go for lines. This aspect will be exploited by Djokovic in the match by being patient.

With a 6 feet 6 inches lean frame, Medvedev can hit winners on either side with the ball bouncing in mid court. It will be an absorbing battle and leave everything and watch the finals at 8:30 AM (GMT) tomorrow 21st February.

Brady is playing powerful tennis but she will lose to the erratic but gifted Osaka, who clearly looks a better player currently and will be looking to win her fourth Grand Slam title.