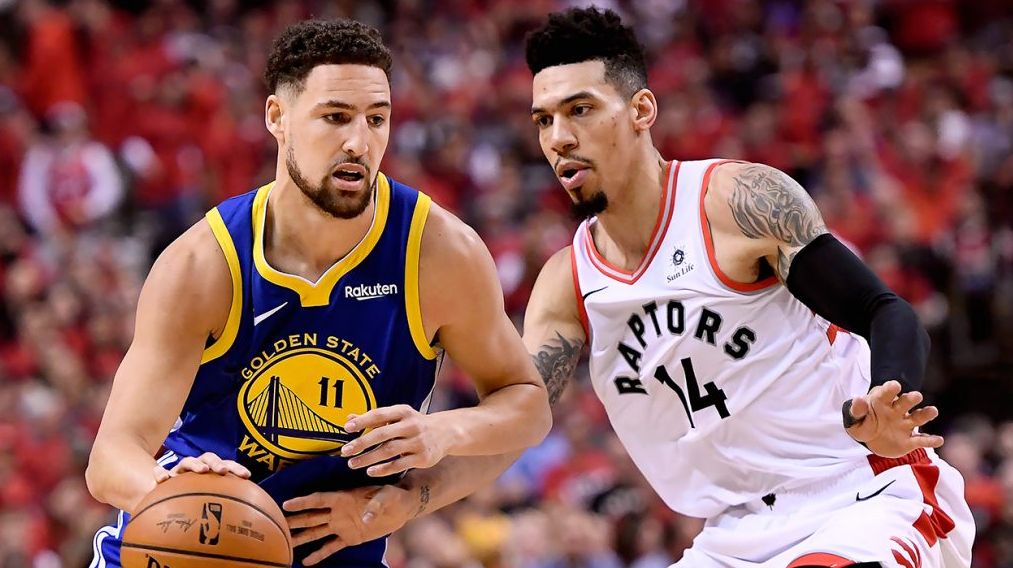 Warriors pull things back in Game 2 of the NBA Finals

A huge team effort saw Golden State Warriors take a 109-104 victory over the Toronto Raptors to level the NBA Finals at 1-1.

Klay Thompson and Kevon Looney both left the game injured for the two-time defending champions but Steve Kerr was rewarded for his decision to start DeMarcus Cousins following his return from injury.

Kawhi Leonard scored 34 points and grabbed 14 rebounds for the Raptors. Sixth man Fred VanVleet added 17 points, Kyle Lowry had 13 points before fouling out late in the fourth quarter and Pascal Siakam notched 12. Serge Ibaka also had seven points and 10 rebounds off the bench for Toronto.

After leading by as many as 12 points during the first half, the Raptors led by five at halftime. The Warriors surged to a 34-21 third-quarter advantage to lead by eight points entering the fourth quarter.

Green's three-pointer cut the lead to for points, but the Warriors went up by 10 when Quinn Cook hit a pair of threes.

The Raptors then cut the lead to eight when Lowry made one of two free throws before fouling out with 3:52 remaining.

Curry was charged with a technical foul with 1:08 to play and Leonard made the shot.

Leonard then cut the lead to five when he converted both free throws on the foul charged to Cousins that had caused Curry's reaction of tossing the ball in the air - before the baskets from Green and Iguodala to end the game.

Toronto had led 59-54 at halftime but the Warriors scored the first 18 points of the second half, capped by Green's layup with 6:35 with remaining in the third quarter. VanVleet ended Golden State's run with a three-pointer 15 seconds later and the Warriors led 88-80 after three quarters.

Despite losing two key players to injury, Steve Kerr's team saw it through in the fourth to level the series before heading back to Oracle Arena for Games 3 and 4.

Game 3 takes place in Oakland in the early hours of Thursday morning (2am) live on Sky Sports Arena.